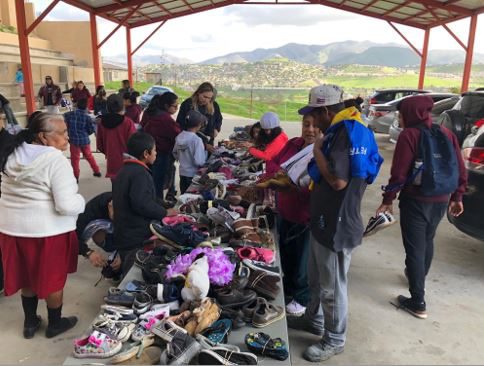 Hundreds of children are walking in comfort in Tijuana, B.C., Mexico thanks to a partnership between the Missionary Oblates and God’s Children Global.

About two years ago, Fr. Jesse Esqueda, OMI, Superior of the Oblate mission in Tijuana, was introduced to Jorje Villaseñor, founder of God’s Children Global, a non-profit focused primarily on helping poor children in Tijuana.  The two men realized that they shared a common goal of helping the poorest of the poor.

Villaseñor said his spirituality was awakened during a youth retreat similar to the retreats held by the Oblates in Tijuana.  He founded God’s Children Global in August 2017 and has provided shoes, toys and other items to more than 700 children in Tijuana.  In addition, more than 200 families have received food, blankets, tarps and other necessities from the organization over the past two years.

Father Jesse noted that without benefactors like God’s Children Global, the Oblates would be unable to provide for the physical and spiritual needs of thousands of people every year. 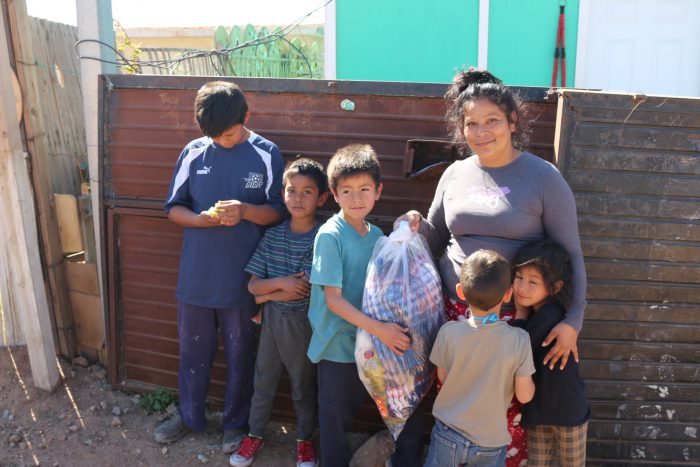 The Oblates distribute 50,000 food baskets annually to the poorest families in their vast neighborhood.  Thousands of people also receive medical and dental services at the Oblate clinic each year.  Last year the Oblates gave over 130 scholarships to students from the community who soon will be doctors, dentists, lawyers, engineers, psychologists and other professionals.

“We thank God for all of our benefactors who are part of our Oblate family in Tijuana,” said Fr. Jesse.  “With God’s help and your help we are transforming communities.”