Rule 128e of our Constitutions and Rules directs that, “Between Chapters, the Superior General in Council, in plenary session, will call at least one meeting of the Provincials with the Central Government.  After consulting the Provincials, he will determine the details of the convocation and the agenda of the meeting”.

In keeping with this rule and the practice, on March 1, 2018, Fr. Superior General convoked an “Inter-Chapter” meeting of the Provincials and the Central Government of the Congregation.  The Superiors of Delegations and the Superiors of Missions in the Region of Europe were likewise requested to attend this gathering.

The Oblate Scholasticate of the Province of Poland, in Obra, is now ready to host the OMI Inter-Chapter 2019 from July 1-13.  It will be an important time for the leaders of our Congregation,

The preparation for the meeting had begun almost a year ago, as the Provincials, Superiors of Delegations and Missions, their respective Councils as well as the Regional Conferences, responded to a questionnaire sent to them by the Ad hoc Committee for the meeting.

The Inter-Chapter will certainly be a great opportunity for the Congregation in order to achieve greater effectiveness in responding to the directions set by the last General Chapter.

Fr.Louis Studer, OMI, describes the report he delivered to the Inter-Chapter about the Canada-US Region

Fr. Louis Studer, OMI (Provincial of the U.S. Province) summeraizes the outcome of the presentation done by the Canada-U.S. Region this afternoon. #InterChapter2019

The following are many photos from the meeting sent in by Fr. Louis Studer, OMI, along with others posted on Facebook on July 1-3 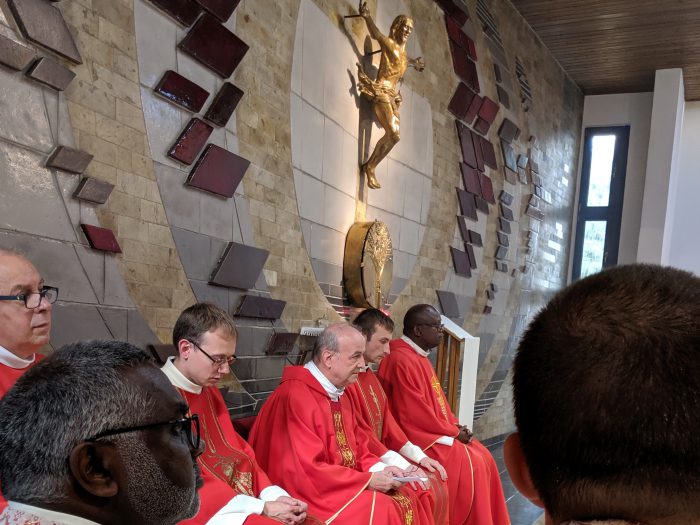 Fr. Paolo Archiati, Vicar General, presided and preached at the Opening Mass of the Holy Spirit. 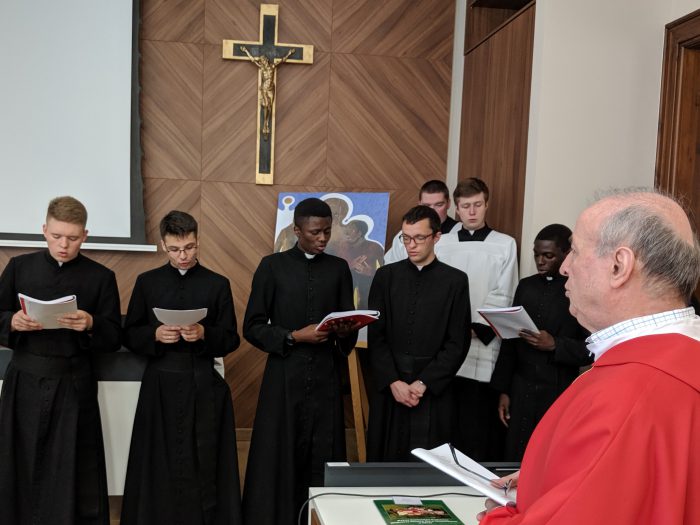 Photo #4: After the Opening Mass, the Oblate Scholastics continued to lead us in prayer and song as we gathered in the assembly hall. 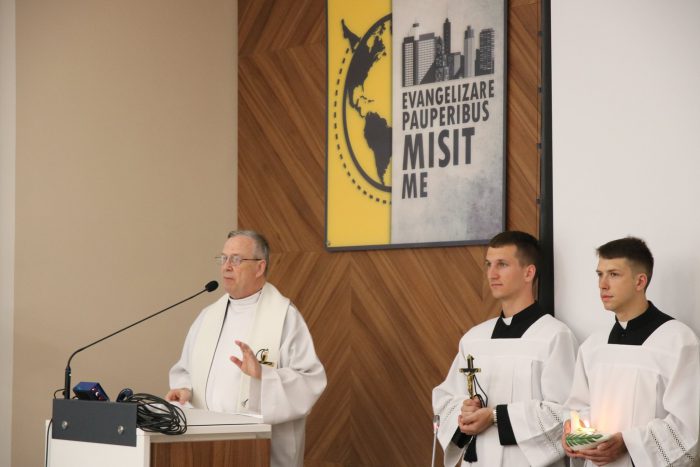 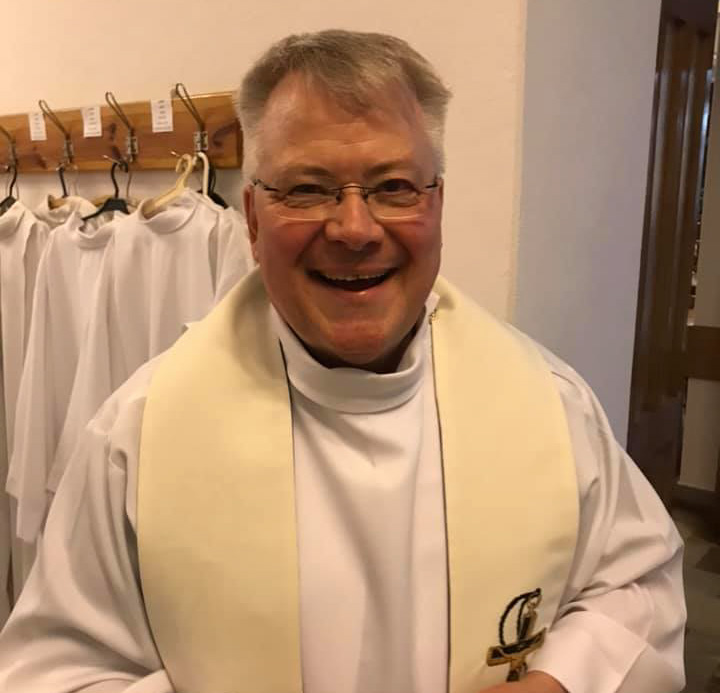 U.S. Provincial, Louis Studer, OMI prior to the opening Mass 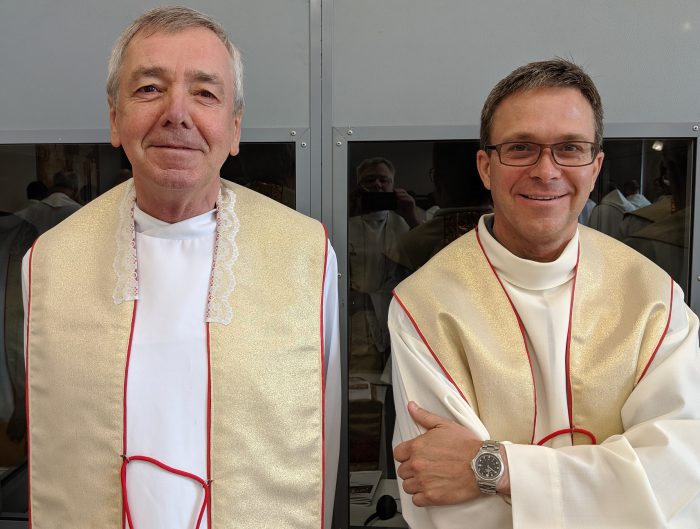 Oblates from the region of Asia-Oceania address the Interchapter meeting. 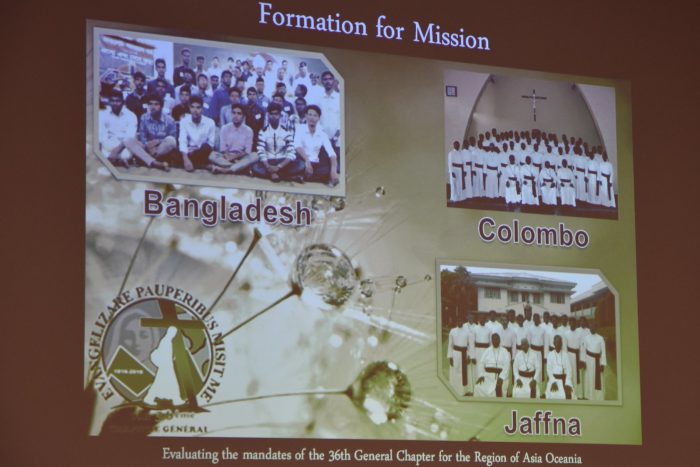 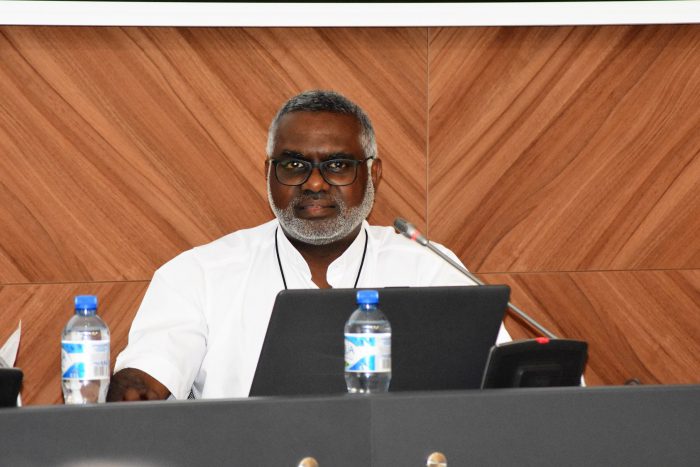 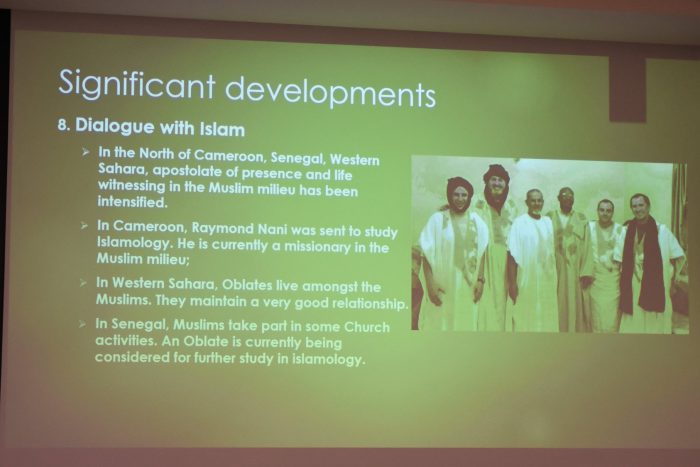 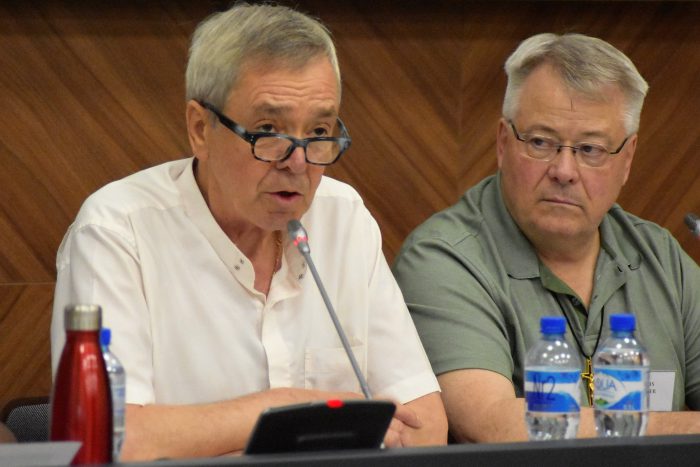 Fathers Luc Tardif and Louis Studer led the discussion on the Canada-U.S. Region 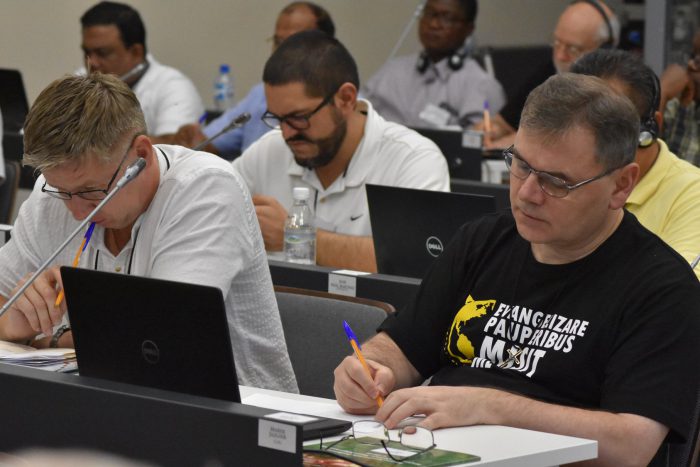 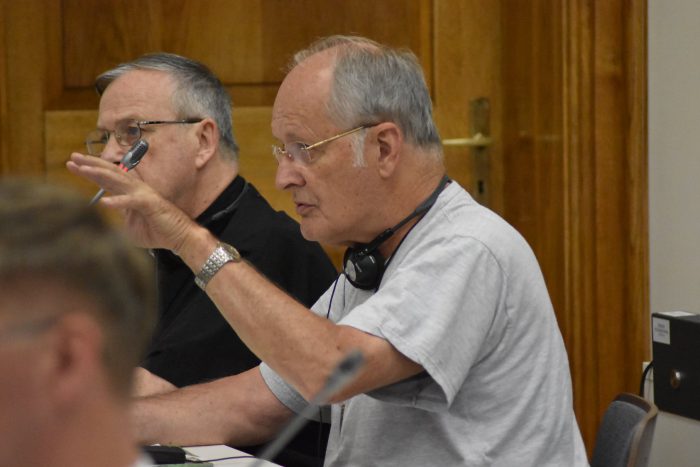 A question from Fr. Vicente Louwagie, Superior of Guatemala, (seated next to Fr. General Lougen) 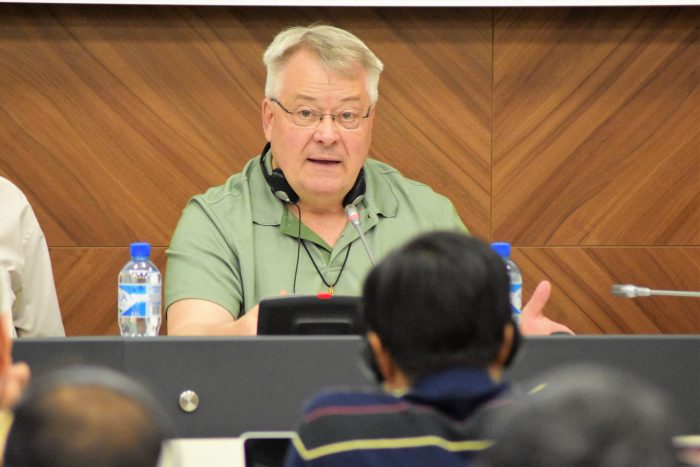 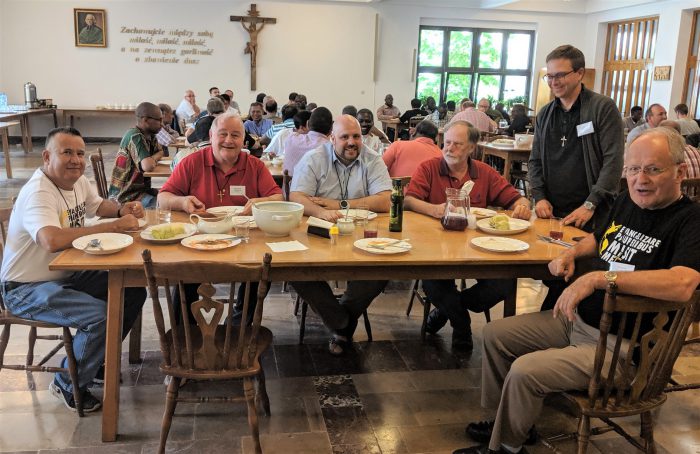 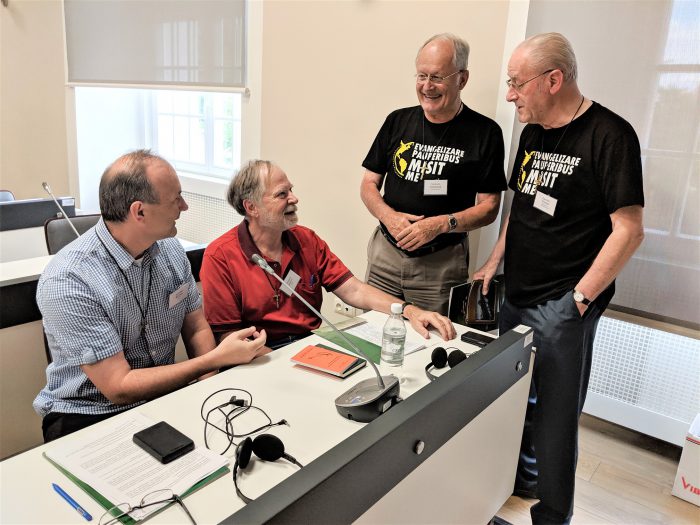 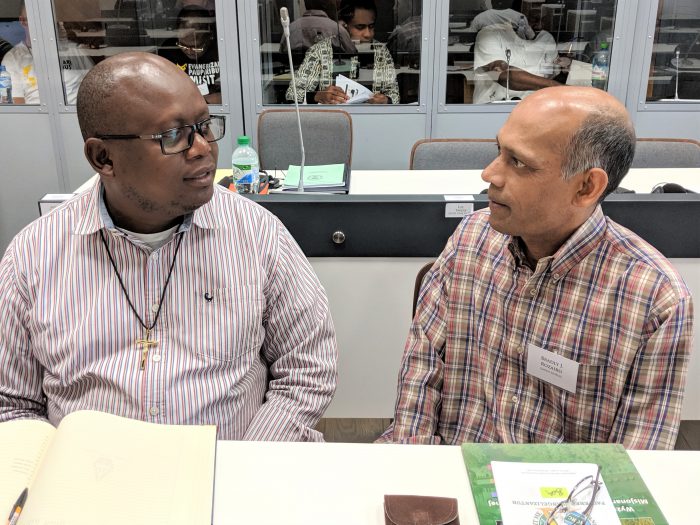 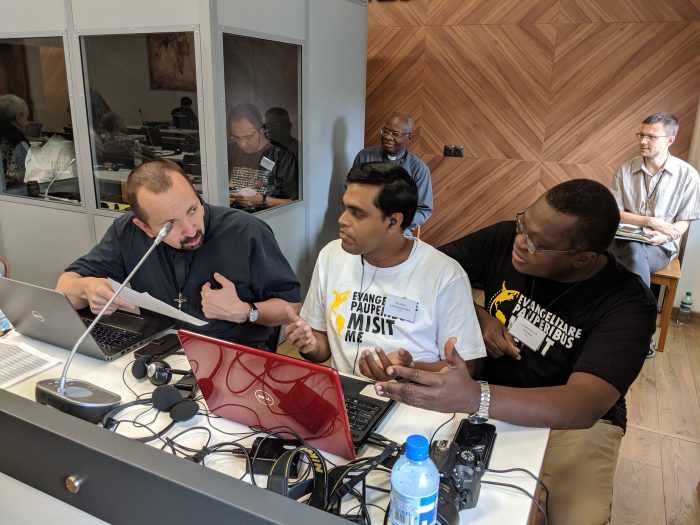