The Missionary Oblates of Mary Immaculate Inter-Chapter held in Obra, Poland began on 01 July 2019. This Inter-Chapter session is the time for the congregation, through central government and the major superiors of the congregation from different provinces, to assess and evaluate the vision of the previous General Chapter. 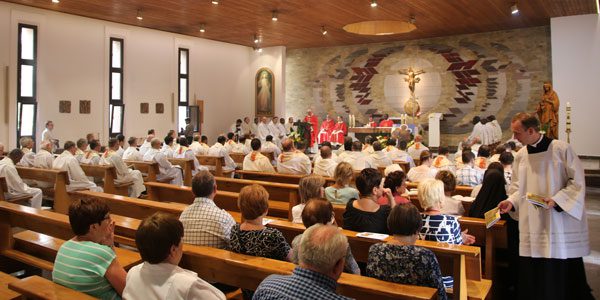 Present at the chapter is the General Administration and all the provincials and delegation superiors of different provinces and delegations of the congregation. Superiors of two Missions in Europe (Romania and Belarus) were also invited by Fr. Superior General, as the meeting is being held in the region of Europe. The first day of the Inter-Chapter began with the opening Eucharistic celebration that was presided by the Vicar General, Fr Paolo ARCHIATI. In his homily Fr Paolo highlighted the significance of the 1st of July, stating that in the old Liturgical calendar this day was the Feast of the Most Precious Blood of Jesus. He mentioned that for St Eugene the Feast of the Blood of Christ was important to the founder’s conversion. He stated that all participants have left their different Jerusalem to journey with Christ. The participants were invited to be open to the Holy Spirit without which “the Gospel becomes dead words, the Church becomes a simple organization, authority becomes power, and mission becomes propaganda”. 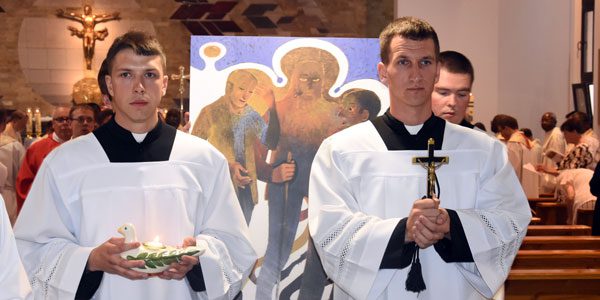 The official opening of the Inter-Chapter was followed by the procession to the Inter-Chapter Hall where all the discussions will take place under the guidance of the Holy Spirit. The provincial superior of Poland, Fr Pawel ZAJAC, and the Councillor for the European Region, Fr Antoni BOCHM gave the welcoming remarks. They invited the participants to feel at home within the Region and the province of Poland; they equally expressed the well-wishes and prayers from the local bishop. In his opening remarks, the Superior General mentioned that this is the time of grace given to the major Superiors since the last chapter. It was time to evaluate the 3 last years and to plan for the next three years. He invited the participants to give of themselves during these days of inter-chapter. He also mentioned that is not only a time of work but also to live out our Oblate spirit amongst ourselves. 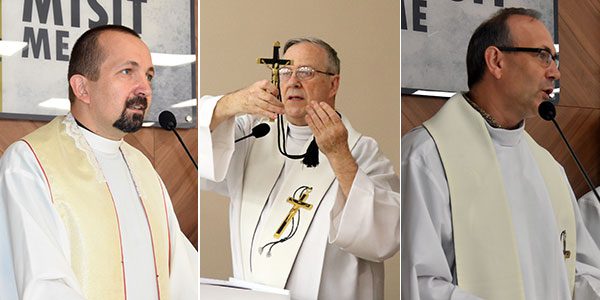 The greater part of the first day was afterward dedicated to the participants meeting in small groups for a time of sharing and finalisation of regional reports to be presented on the second day of the chapter. 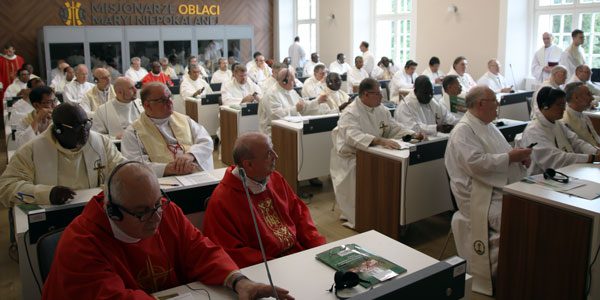