Originally Published on the OMIWORLD.ORG

Days 7 and 8 of the Inter-chapter were dedicated to retreat. The meeting commenced again on Day 9.  If you would like to read the descriptions from the retreat days,

After two days of retreat, it was once more time for the inter-capitulars to engage in dialogue regarding the implementation of the calls of the 36thGeneral Chapter. The inter-chapter focuses not only on what has been achieved in the three years that follow the General Chapter. It also puts forward plans to implement what has not yet been achieved.

The evening session began with the sad news of the passing of Fr Alex ROQUE of the US province. A moment of silent prayer was observed for the eternal rest of his soul. As the inter-capitulars engaged in discussions with the General Administration, the initial formation was at the centre of the discussions. This inter-chapter seeks to ensure that formation becomes a priority of the whole congregation. In conclusion to the events of the day, Fr Louis Lougen, the Superior General, gave his brief evaluation of the 2019 inter-chapter. He commended the inter-capitulars for the deep family spirit that is present and animates all of the discussions.

In assisting the Superior General, the inter-capitulars were called to reflect on the theme of the next General Chapter. Fr Paolo Archiati reminded the inter-capitulars that the themes of the previous General Chapters had a ‘pendulum motion’, with either an ad intra or an ad extra focus. This pendulum motion reflects the mission of the Missionary Oblates of Mary Immaculate which focuses on the identity and sanctification of the Oblates, and also on the zeal for the evangelisation of the poor. After a time of reflection and prayer, the inter-capitulars spent the afternoon in small groups discussing their proposals for the theme of the next General Chapter. The small groups had the task of developing the theme and looking at the context of each proposed theme.

Day 11 – Towards the 37th General Chapter

As the inter-chapter draws towards the end, the inter-capitulars and the General Administration took time to focus on special activities that animate the life of the congregation. The role and participation of the lay associate in the mission of the congregation, and the role of the Blessed Virgin Mary in the life of the Oblates were some of the themes that the inter-capitulars focused on today. As the Congregation journeys towards the 37th General Chapter, the regions and units are called to actively engage the lay associate in their preparations. Frs. Peter STOLL, Ramon BERNABE, Paolo ARCHIATI and Cornelius NGOKA presented some of the activities that the General Administration has put together to accompany the congregation towards the next General Chapter.

In continuation of the work done the previous day, the inter-capitulars proposed and presented their themes for the 37th General Chapter to the Superior General. Their proposition gave a global view of the direction the congregation wishes to take in the proclamation of the Gospel to the poor and the most abandoned. The Superior General will take into consideration their proposals in discerning for the theme of the next General Chapter.

On the opening of the inter-chapter on the 1st of July 2019, the inter-capitulars were invited to journey with Christ as the two disciples of Emmaus. The two disciples of Emmaus shared with Christ their disappointments and worries. They equally shared their hopes, and the faith they had in Jesus. In the same manner, during these past two weeks, the inter-capitulars shared the successes and challenges that regions and units face in responding to the calls of the last chapter. Their hearts were on fire as they listened to each other during the past two weeks. 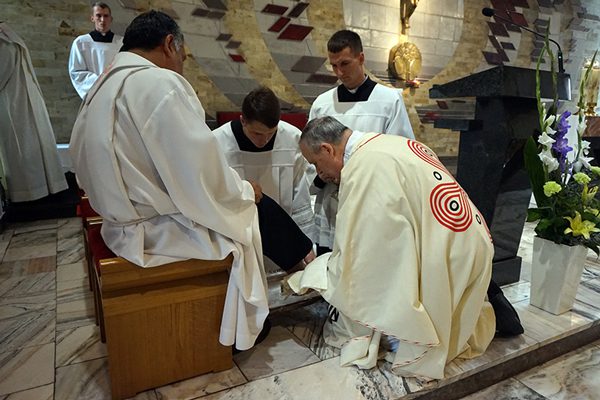 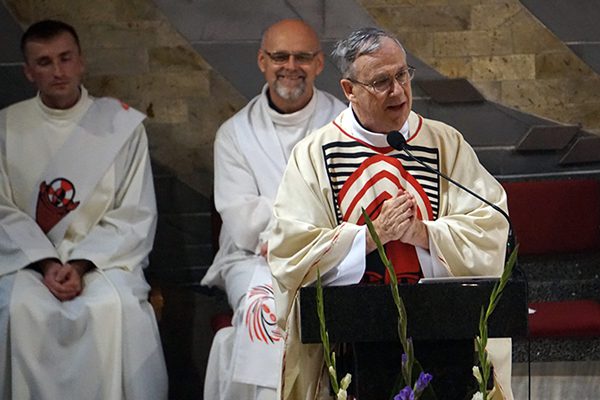 In his homily during the closing Eucharist, the Superior General thanked the inter-capitulars for opening themselves to the Spirit. He reminded them that the evaluation of the last three years was done with the eyes of the heart. He called the Oblates to live with fraternal love, and to keep alight the missionary zeal. The Oblates are the friends of Jesus, and their love is so great that they are ready to lay down their lives for him and for each other. In conclusion to his homily, he stated that it is Jesus who is sending out the Missionary Oblates of Mary Immaculate. He is sending them back in the Spirit to their Jerusalem. He is sending them to evangelise the poor. 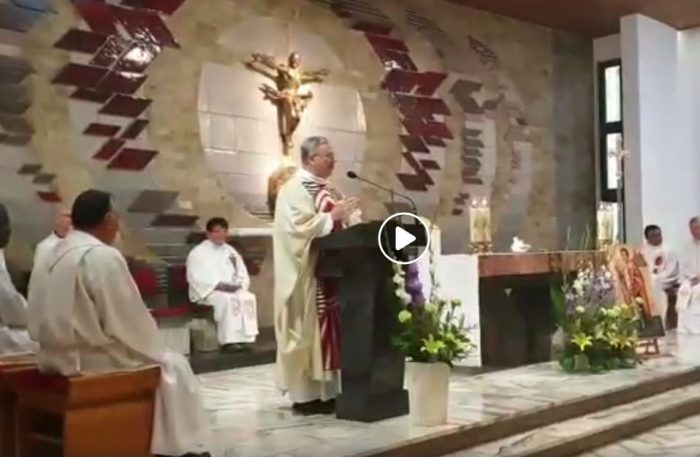