By Christopher Orlet, Editor, Originally Published by The Belleville Messenger 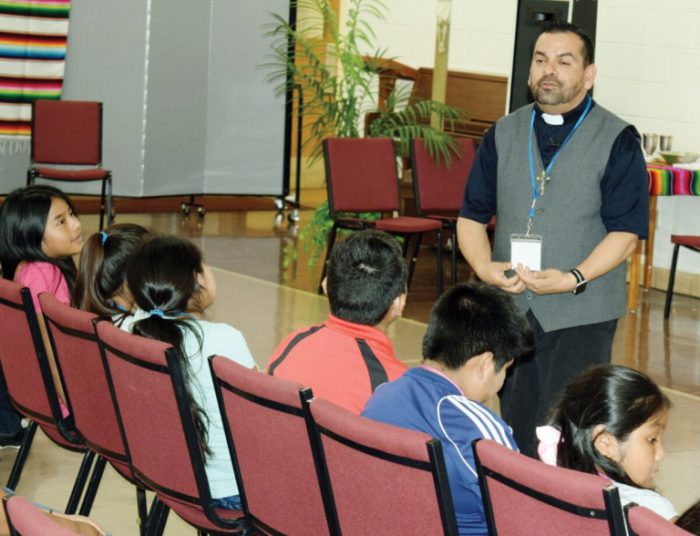 You are the future of the Catholic Church!”

That was one of the main messages delivered to more than 90 teenagers and pre-teens June 29 at the annual Diocesan Hispanic Youth Day.

The gathering was sponsored by the diocesan Office of Hispanic Ministry and held at the Pastoral Center in Belleville. It was a day of reflection, prayer and fun.

The keynote speaker, Father Salvador “Chava” Gonzalez, OMI, a member of the ministerial team at the King’s House Retreat Center in Belleville, told the youth that through Baptism God has claimed each one of them into the body of Christ.

“Our parents said ‘I want God to claim him or her in Baptism,’” he said.

Father Gonzalez told the teens a story about getting into trouble when he was a young man. He said when his mother arrived at the police station to pick him up she told the arresting officer, “This boy? He ain’t mine. You can keep him.” She then turned to the young man and said, “I don’t recognize you. You didn’t learn that behavior from me. You must be someone else’s child.

“Then, after I panicked, she claimed me,” Father Gonzalez said.

He continued: “God will never say the words my mom said: ‘He’s not mine!’” Father Gonzalez said.

The priest then asked the children to imagine what would happen if they were all the same. If they all looked and acted alike.