The Missionary Oblates of Mary Immaculate founded by the celebrated Frenchman, Saint Eugene De Mazenod, in 1816 – is this year celebrating 125 years of service in Australia on 18 August 2019. 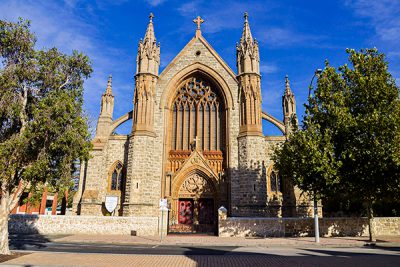 The Mass will be held in St Patrick’s Basilica, and people from across Perth are invited to participate in this historic occasion for both the church and the Oblates of Mary Immaculate. St Patrick’s Basilica and the Missionary Oblates have a long history of association, with the original church built by Perth’s Catholic settlers providing accommodation for the first Brothers of the order who arrived in the colony in 1894. The parish is one of nine parishes in Australia operated by the Missionary Oblates of Mary Immaculate.

The word “Oblate” comes from the Latin word “Oblatus”,meaning, “a full offering of oneself, dedicated to, set aside for” – making the Oblates of Mary Immaculate a religious congregation “set aside” for the missionary work of the Catholic Church. 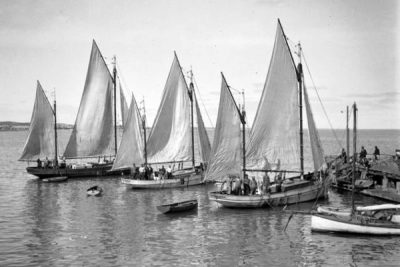 While the name Mazenod is best known as denoting a number of Catholic schools and other educational facilities run by the order across Australia, St Eugene and his Missionary Oblates actually first worked among the poor and vulnerable in Aix-en-Provence, responding to the humanitarian and ideological crisis that was a direct result of the French Revolution.

Similarly, the Order’s first endeavors here in Australia were working with the poor and vulnerable of Perth, most notably the men of the Fremantle Fishing Fleet, as well as providing pastoral care for some 250 Catholics living in WA in 1894 – a humanitarian and ideological crisis brought about by the profound isolation of the colonization process.

The first request for an Oblates mission in Australia was from the Bishop of Perth in 1845, yet due to the worldwide demand for the Order’s missionary services, it was some 50 years later, in 1894, that the call could be answered and the first Oblate missionaries came to Fremantle WA. 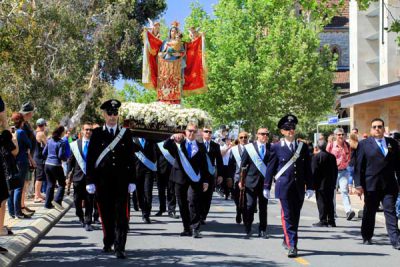 The blessing of the fleet in Fremantle is still an annual event celebrated by the community.

Then-Bishop of Perth Matthew Gibney requested the Oblates presence in Western Australia specifically to serve the seaport parish of Fremantle, to direct an industrial school at Glendalough and to preach missions throughout the diocese: Frs. Roger HENNESSY and Daniel O’RYAN arrived and took to the mission immediately.

Other missionaries from the order arrived in Australia in 1929 and over the next 10 years, some 200 missions and 300 retreats were preached by the Oblates, from the north of Queensland to the south of Tasmania.

From the 1940s, the Oblates began to accept more parishes, the majority of these being in working-class areas with high populations of European migrants and on 13 February 1967, the Oblate missions in Australia were made into their own province. 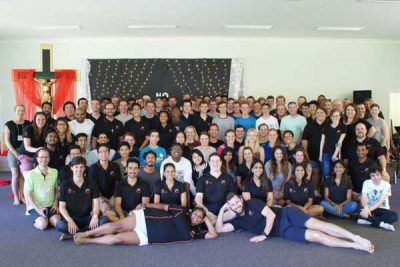 Currently, there are 42 Oblates serving in Australia who administer nine parishes across the country, direct three boys’ colleges and provide chaplaincy to hospitals, prisons, youth ministries, homeless ministries along with a variety of other services.

Called the “specialists in difficult missions” by Pope Pius XI in 1938, the Oblates continue to dedicate their lives to serving the poor in many countries of the world.

Today, the Oblates number some 3667 men in 67 countries across the globe.