Pope Francis has declared October, 2019, as World Mission Month, in celebration of the 100th anniversary of the Apostolic Letter “Maximum Illud” written by Pope Benedict XV, in November, 1919.

This celebration is meant to give fresh evangelical impulse to missionary work all over the world.

In light of this celebration, Harry Winter, OMI, has done an excellent job of highlighting some of the changes in the theology of mission and in Oblate missionary presence and activity in the U.S. Province since the Second Vatican Council.

Harry and I proudly share the following statement (also attached) with all Oblates, members of the Mazenodian Family, and all who mission with us in the 68 countries where Oblates of Mary Immaculate minister.  – Louis Studer, OMI

October–A Month of Intimacy for the Oblate Family?

This past Pentecost Sunday, June 9, 2019, Pope Francis wrote his “Message for World Mission Day, 2019,” in which he explained:

For the month of October, 2019, I have asked that the whole Church revive her missionary awareness and commitment as we commemorate the centenary of the Apostolic Letter Maximum Illud of Pope Benedict XV (30 Nov. 1919). Its farsighted and prophetic vision of the apostolate has made me realize once again the importance of renewing the Church’s missionary commitment and giving fresh evangelical impulse to her work of preaching and bringing to the world the salvation of Jesus Christ, who died and rose again.

As we review the significant and sometimes discouraging changes in Mission, beginning especially at the Second Vatican Council, will we become more intimate with Jesus?  To make Him better known, from this October through our April, 2020 Convocation, could mean a deeper and better intimacy with Him. 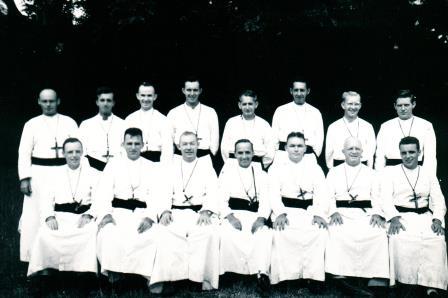 Early Oblate Missionaries in the Philippines

Before the Second Vatican Council, it was fairly clear who missionaries were.  Men and women especially in religious congregations, vowed for life, left their home countries to go overseas.  We learned another language and became involved in another culture. If we stayed at home, we ransomed pagan babies, especially in China.

Protestants and even Eastern Orthodox Christians were considered competitors and heretics. They must return to the Roman Catholic Church. No possible good could be found in Islam, Buddhism, etc.

Then as the number of vowed religious began to decrease in the United States, and lay Catholics began to go overseas for short periods of mission, our focus began to shift.  Pope Paul VI published his 1975 Apostolic Exhortation “On Evangelization,” presenting both the richness and the complexity of Mission in the modern world. We began to realize that there were many areas in the United States in need of Mission.  Pope John Paul II added the concept of Proclamation to Mission and Evangelization.

We discovered that we shared far more with the Eastern Orthodox and even the Protestants, than we had realized.  Our divisions needed to be overcome if we were to be true witnesses to Jesus.  We began to realize than no Christian Church in actuality possesses the fullness desired by God. Conscious of our limitations, we discovered that we could no longer afford to reinvent the wheel and duplicate what other Christian Churches are doing. Each Christian Church needs something that the others possess, and each needs to offer to the others what it possesses.

Perhaps most disturbing of all, the Declaration on Religious Freedom of Vatican II means that every religion has the right to openly share its genius, in the public square. Islam especially is growing in the United States.  Our most recent Oblate General Chapter (2016) asked every Oblate to become more aware of Islam, with four different points of attention (G. Islam, p. 70 of the Acts of the Chapter).

Many dioceses in the USA are developing two very different policies when a Catholic desires to marry a Muslim.  If the Muslim is openly trying to convert the Catholic, and is very opposed to anything Christian, especially raising the children Catholic, such marriages are discouraged. 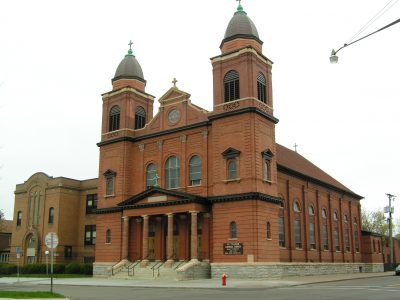 One of our parishioners in the Oblate parish of St. Casimir’s Parish, St. Paul, MN, LauraRose Paradis, (pastor Mike Powell, OMI), is openly working with the women of the large Somali population there (over 90% Muslim) and having some success, helping the women learn how to sew, providing sewing machines, and enabling them to adjust to American culture. She is being featured on both the google group “OMI and Islam” set up by our Assistant General for Mission in Rome, Fr Ramon Bernabe, OMI, and on the Ministry for Mission, Dialogue and Religion website, home, family/laity and dialogue/Islam pages, www.harrywinter.org. 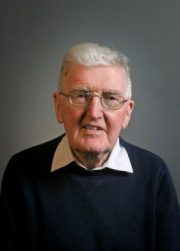 Now that the Oblate Family includes more Associates in the USA than vowed members, we face the challenge of promoting the importance and role of the laity.  Fr. David Power OMI’s book Gifts That Differ:  Lay Ministries Established and Unestablished (1985) still gives a good overview of this development and its difficulties. The increasing numbers of our own USP Oblate Associates, under the guidance of Geri Furmanek, demonstrates the growth of this part of Mission today.

As the secular media treat the October Extraordinary Month of Mission (EMM), we need to be aware of one crucial difference between their portrayal, and ours.  The Vatican, the World Council of Churches, and the World Evangelical Alliance are united in promoting Witness and rejecting Proselytism.

2. Current Resources for Mission, Unity, and Dialogue, including Justice, Peace and Integrity of Creation.

Our new attitude towards Mission/Evangelization/Proclamation is perhaps best described by the French Catholic missionary Lucien Legrand, when he wrote:

Paul VI unintentionally aroused a hostile reaction when he declared, in Bombay (1964), that his journey to India was a ‘missionary journey.’ Doubtless he meant that he had come not as a statesman, but as a priest.  Still the very word was enough to raise hackles. John Paul II styled his own trip (1986) a ‘pilgrimage.’ There was more than a more judicious, more diplomatic choice of words here. The change in vocabulary reflected a raised consciousness of mission.  Here was a new awareness of a mission in the image of Jesus’ own mission:  a humble, serving mission,              which consisted not only of speaking, but in listening, as well” (Unity and Plurality: Mission in the Bible, p. xiv.).

We may expect some insights from Pope Francis and other Christian leaders about how Mission/Evangelization/Proclamation direct our extensive Justice, Peace and Integrity of Creation Office (JPIC).  Fr. Seamus Finn and the staff of JPIC have extensive contacts with other Christian Churches, other Faiths and all People of Good Will.

Our JPIC Office has stressed the teachings of Pope Francis about the environment, especially in his encyclical letter “Laudato Si, On the Care of Our Common Home.”  Note too that Pope Francis has supported, rather than competed, with the Patriarch of Constantinople, Bartholomew, who in his work for the environment is known as the Green Patriarch. 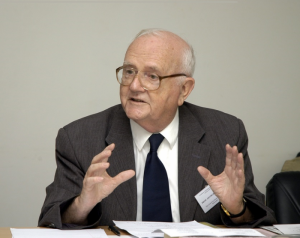 Another resource we have is George McLean OMI’s legacy, the Council for Research in Values and Philosophy (crvp.org).  Christian values have always been a part of this organization, along with values from other religions and cultures.

Nor should we forget the Wednesday e-letters of Will Shaw, which show us the breadth and depth of Oblate Mission today.  In our larger communities, it would be good to have individual Oblates assigned to let the rest of the community know about developments in each of these resources.

When Pope Francis sent his Message for World Mission Day, 2019, he stated “A Church that presses forward to the farthest frontiers requires a constant and ongoing missionary conversion.” During the Extraordinary Mission Month (EMM), may we reflect on the intimacy involved in the great text around John 17:21.  In order for us to be effective witnesses and pilgrims, we must work to heal the divisions among Christians.  In doing that, we will become more intimate with each person of the Trinity.

In his World Mission Day statement for 2019, Pope Francis also praised the ministry of the Pontifical Mission Societies, which include here in the USA our Fathers Andrew Small and Leo Perez, director and associate director.  Let us pray for each of them and their ministry.

Mary is being called “The Star of the New Evangelization.”  Our Mission, Unity & Dialogue website (MUD) has a page on her as the Mother of Mission, Unity and Dialogue.  She will help us on our renewal of Mission.

Many have noticed that Pope Francis is calling on the Holy Spirit more and more.  After initially hesitating as Archbishop of Buenos Aires with the charismatic movement, he has become one of its most ardent promoters.  “leading him to meet regularly with evangelicals, convinced that the Spirit was at work in bringing them together” (see the America article “The Spirit of Peter:  Could Francis be our first charismatic pope?,” on the MUD home page). Let us not forget the groundbreaking work of Cardinal Francis George, in bringing Catholics and Evangelicals together, also posted on MUD.

Yes, at first we may be overwhelmed by the complexity of the modern Missionary movement.  But if we trust in Mary and the Holy Spirit working in our communities, we will become invigorated.

Finally, let us remember what sometimes surprises us.  People see us as close to the laity, especially the poor and marginalized.  And we ourselves are constantly reminded that St. Eugene wanted his Oblate family to take part in a threefold process:  “to make men reasonable, then Christians, and finally to help them become saints” (1818 Rule, see Santucci, Eugene de Mazenod Speaks to Us, No. 29, 2018).

In doing so, we become better missionaries and saints.