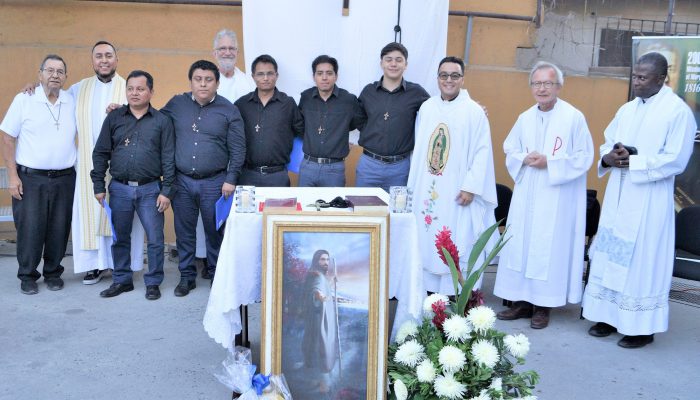 On Saturday evening, September 7, more than a hundred friends, family members, Affiliates along with the local Oblates gathered for the annual “Acceptance Mass” at the Pre-novitiate in Tijuana, Baja California. 5 Pre-novices were formally accepted/re-accepted into the program in Tijuana, Baja California—2 are returning from last year and 3 are new.  Floriberto “Beto” González is beginning his fourth year and Víctor Izquierdo his second year.  Aarón Cruz, Alvaro Zapata and José Hernandez are beginning their first year. 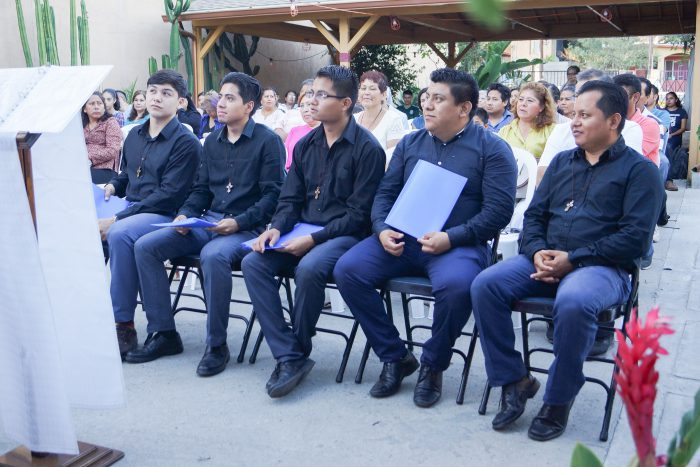 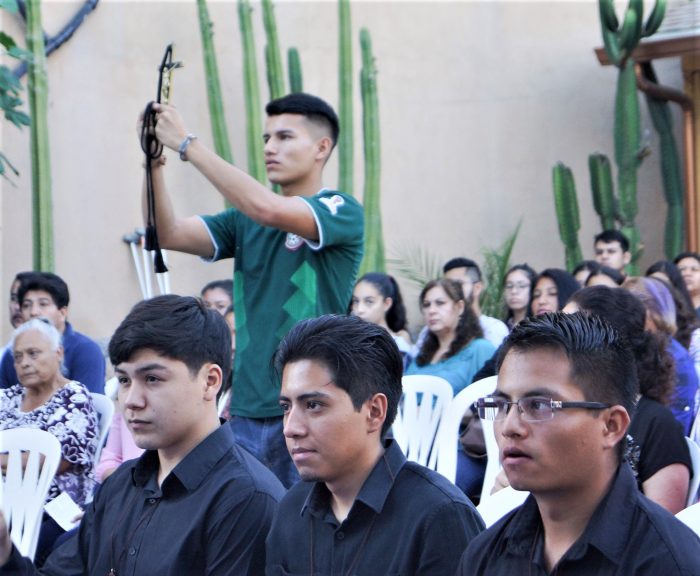 Oblate Affiliate Antonio Olmedo during the presentation of symbolic gifts.

Fr. Lucio Castillo presided at the Mass, while Fr. Jesse preached on the closeness of Oblates to the poor and those who suffer.  Fr. Webert Merilan, pastor of the new parish of María Inmaculada, along with Fr. Marek Stroba concelebrated. Oblate friend, Deacon Tim Schulz from San Diego, served at the Mass. Brother Peter Vasquez presented the Pre-novices to the assembly and Fr. Bill Antone received their commitment and presented them with the Pre-novitiate manual and a small wooden cross representing their promise to participate for one year in the formation program. After the Mass all present enjoyed dinner, music and at one point the gathered community took to dancing! 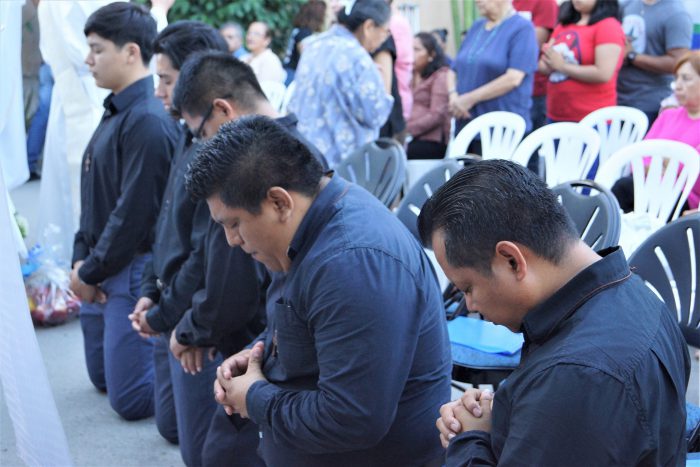