Pikba is a large village of persons, displaced by war, and immigrants, located 34 km from Poli, a part of our parish territory. Due to the lack of roads, in the rainy season, access 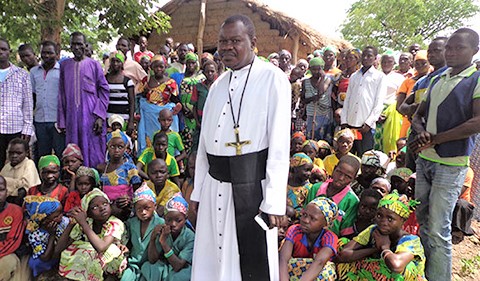 is only possible by motorcycle.

In early 2014, people displaced by the war in the far north of Cameroon, who were victims of terrorist activity by the Islamic sect, Boko Haram, settled in Pikba. Today, Pikba has about 1,500 inhabitants, with the displaced people accounting for more than half of its population. 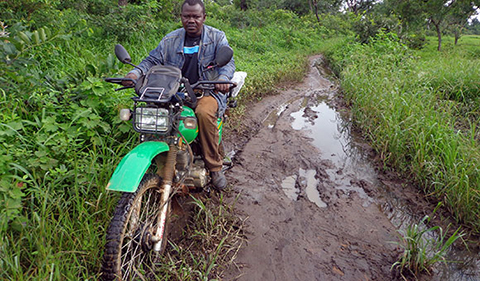 So, it is this refugee community that I visit and follow regularly. During our meetings, several difficulties were identified, mainly the absence of a school and the lack of water.

The school: thanks to our efforts and those of our benefactors, a school has been created. Today, it is officially recognized and has more than 500 students and the number is growing. I would like to take this opportunity to thank the Provincial, Fr. Edouard DAGAVOUNANSOU, for his support in providing school supplies and sports equipment. Thank you to Brother Jean-Marie DIAKANOU who came to this village to offer school supplies to all the children in the school as well as linens and toiletries to some families. Thanks also to my friends, Jacques TEMPIER and Daniel BRESSY, from France for their many donations. 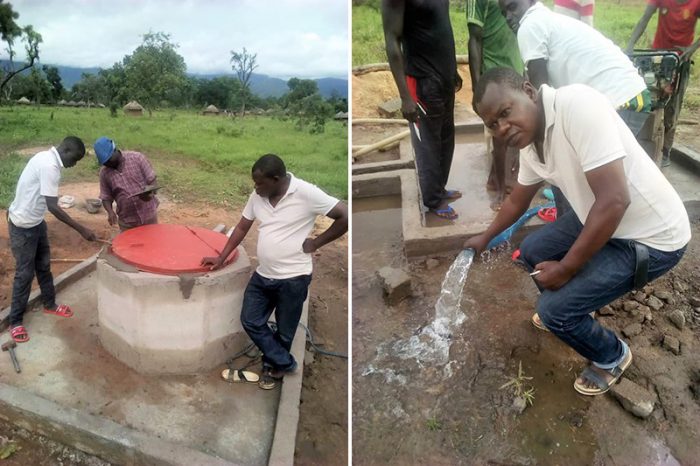 Lack of drinking water: There was no drinking water supply in this large village. The population obtained supplies from polluted ponds and for that, they had to contend with domestic animals and other animals. Consequently, there were many diseases caused by water. We were very moved by this situation and decided to do something for them. Thus, thanks to the generosity of the ASMG Association, through Fr. François CARPENTIER and several other friends, three wells have been dug to provide drinking water for the entire village. 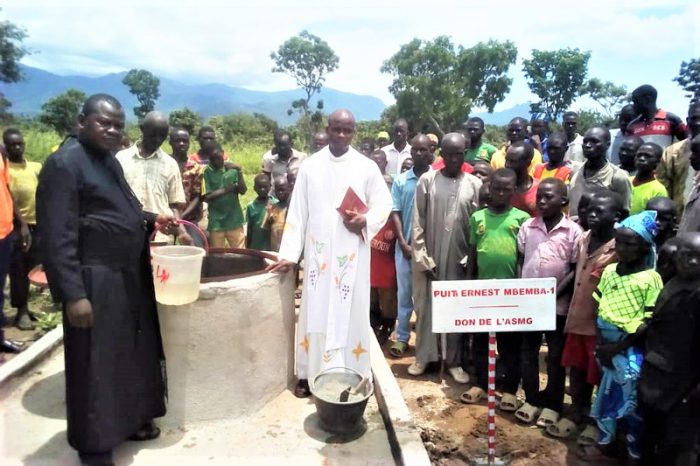 These wells were inaugurated during a solemn Mass presided over by Fr. Gérard VONDOU, parochial vicar of Poli, followed by the blessing of each well. In a letter, the villagers asked me to express their deep gratitude to all the donors. Here is the full text:

“Dearest Brother Ernest,
It is with great joy that the entire population of Pikba welcomes you to the official inauguration of the wells. This day will remain etched in our memory, because it has been a long time since we have had drinking water. Your arrival in Pikba is like the arrival of the Lord Jesus. We were in the darkness and today we are in the light. You thought of us when you dug wells for us. May this work be engraved in the archives so that the youth of tomorrow can credit this to your name. May the Lord guide your steps in all your actions. Today Pikba is proud because we have benefited a lot from the donations of your friends… We are still thirsty. We ask you to knock on your friends’ doors about the situation of our school without classrooms. The village is a long way from a health center and our chapel is without a roof. We are very affected by your departure. The only thing we ask you is not to leave us. Yet we say goodbye and wish you the best in your new mission.”

Personally, I am happy and humbly proud of myself to have given “life” to these displaced people, because water is life.