When Pope Francis announced on October 15, 2017 a new Special Synod for the Pan-Amazon Region, the whole process of listening and dialogue with the Amazonian peoples of nine countries (Brazil, Peru, Bolivia, Colombia, Ecuador, Venezuela, Guyana, Suriname and French Guyana) found a push that could only come from those who know these cries and concerns, these proposals and challenges. The Latin American Pope with this Pan-Amazonian Synod invites us to dialogue, to discern, to listen, to ask God in order to find new ways for the Church and for an integral ecology.

The Holy Father has called them to participate as Synod Fathers from October 6 to 27 in Rome, where this important ecclesial event will take place, bringing together more than 250 people. They include bishops, missionaries, lay people, experts and special guests, who for three weeks will have the task of discerning with Pope Francis how to put into practice Evangelium gaudium and Laudate sí. 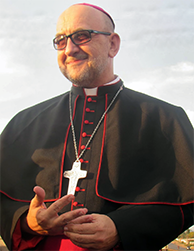 Bishop Jan KOT, Bishop of the Diocese of Zé Doca, a territory of the Brazilian Amazon will be one of those bishops who represent the Pan-Amazonian Region. Fr. Roberto CARRASCO, of the General Delegation of Peru, has also been elected as a Synod Father from the list of delegates of the Union of Superiors General.

Bishop Kot is an Oblate missionary from Poland. He was the vicar parish priest in Siedlce, Poland, before he arrived in Brazil in 1994. He then served as parish priest, first in Jussarval and then in Vitória di Santo Antão, Archdiocese of Olinda and Recife. He was also the parish priest of the Parish of the Sacred Heart of Mary in Alegre do Fidalgo, in the diocese of San Raimundo Nonato. Since 2014, he has been serving as the Bishop of the Diocese of Zé Doca, right in the Amazonian region of Brazil.

Fr. Roberto Carrasco is completing a degree in Social Communications at the Salesian Pontifical University in Rome. He worked for four years in the Mission of Aucayacu, Diocese of Huánuco, as director of Radio Amistad. He then moved to the Mission of Santa Clotilde, Napo River, where 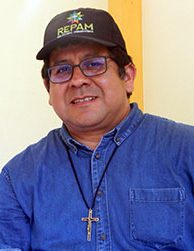 for seven years he served as the parish vicar. In the Apostolic Vicariate of St. Joseph of the Amazon he served as coordinator of the Indigenous Pastoral as well. He is currently leading a joint initiative called “Amazonia: Casa Común” a space where various religious congregations, Church organizations and civil society organizations interact digitally in their work with the Amazonian peoples. They have prepared more than one hundred activities that will be carried out with the purpose of accompanying the Synod this October 2019.

Both Fr. Roberto Carrasco and Msgr. Jan Kot, with the spirit and charism of St. Eugene De Mazenod will be there at the time of the development of the Pan-Amazonian Synod, living and sharing that collegiality which is nothing but “walking together” for a Church that also has an Amazonian face to it.