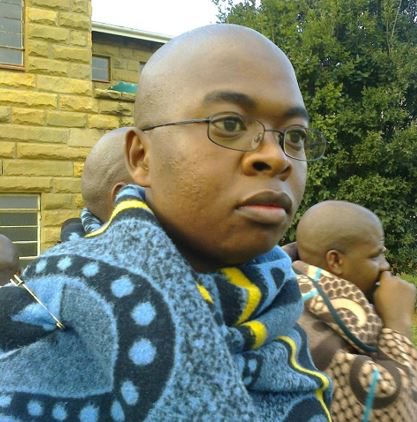 Brother Fani Zane Nong, O.M.I. is currently studying for the priesthood at Oblate School of Theology in San Antonio, Texas.  He arrived in San Antonio on an Oblate journey that began about as far away as possible.

Brother Nong grew up in a small village near Ramotswa, Botswana.  He attended Mass at St. Ann Chapel, an outstation connected to St. Conrad’s mission.  The Oblates have served at the mission off and on since 1935.

“My vocation started very young because I was so impressed by the priests in the mission,” said Bro. Nong.  “I wanted to always be like them, so I became an altar server and joined several parish youth programs.”

Brother Nong knew he wanted to be like the Oblates, but he wasn’t sure if he was being called to religious life.  He thought about becoming a social worker and serving the poor that way, but the more he learned about the Oblates the more he was convinced that he could best serve the poor through the priesthood.

“I joined the Oblates because of their charism.  Oblates are sent to the poor, and that is what I want to do,” said Bro. Nong.

Becoming a Missionary Oblate required Bro. Nong to travel extensively on his path to the priesthood.  Because there are less than a dozen Oblates in Botswana, there was no formal seminarian program for Bro. Nong to join.  So he was sent to Lesotho, for his pre-novitiate and novitiate studies.  In 2017 he returned to Botswana for his internship.

In 2018 Bro. Nong got the shock of his life, one day prior to his 25th birthday.  He assumed he would finish his studies in Africa, or possibly Asia.  Instead, he was assigned to be part of the Oblate formation community in San Antonio, Texas.

Brother Nong is currently finishing his studies at Oblate School of Theology and is the first Botswanan to study in the United States.  He is part of a diverse Oblate seminarian community in San Antonio with young Oblates from the United States, Mexico, India, Bangladesh, Zambia and Lesotho.

When he is ordained, Bro. Nong will become only the third Oblate priest from Botswana.  He will likely return to his native country to expand the Oblate presence there.  But he could also be sent to another faraway place to best meet his missionary calling.

Brother Nong knows that wherever his priestly ministry takes him, he will be fulfilling an Oblate charism that inspired him as a child – to be someone who brings the Good News to the poor with their many faces.