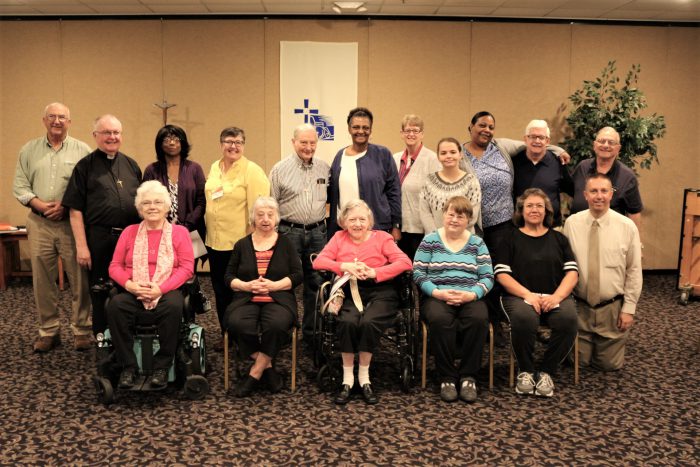 The Victorious Missionaries held their annual retreat October 18-20, at the National Shrine of Our Lady of the Snows In Belleville, IL. The Shrine is the birthplace of the group which was founded by the late Fr. John Maronic, OMI in 1964. 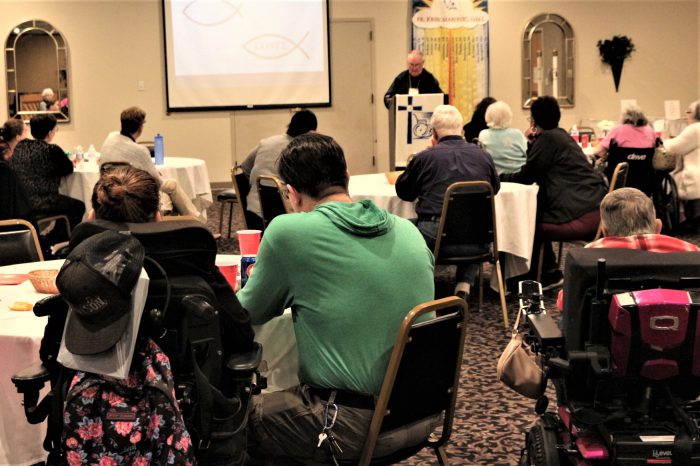 According to the VMs current director, Bro. Tom Ruhmann, OMI, they’ve held a retreat every year since the group was founded: “The retreats are an opportunity for the members and non-members to come to the Shrine, enjoy fellowship and have a day of reflection. Though most of the attendees were local, some came from other states including Kentucky, Indiana and West Virginia.” 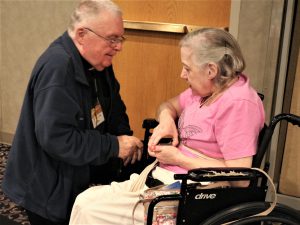 The retreat itself was led by Fr. Jim Allen, OMI, who, among many other assignments in his 60 years as a Missionary Oblate, was Director of the Shrine in the 1990s. In addition to leading the retreat, Fr. Allen celebrated Mass for the group on Saturday and again at the conclusion of the retreat on Sunday. Of his experience Fr. Allen said,  “I was touched by the strong faith of the VM’s who came to the retreat. I remember when it was a fledgling organization back in the sixties. The faith of the VM’s founding members is still alive and well in today’s members.”

The next major event for the Victorious Missionaries will be the Annual Conference scheduled to take place at the Shrine May 1-3, 2020. At that conference, the chapters come together for a national business meeting in addition to a day of reflection which will feature Oblate Father, David Muñoz. On Sunday, the Fr. John Maronic Achievement Award will be presented during Mass at the Church of Our Lady of the Snows. 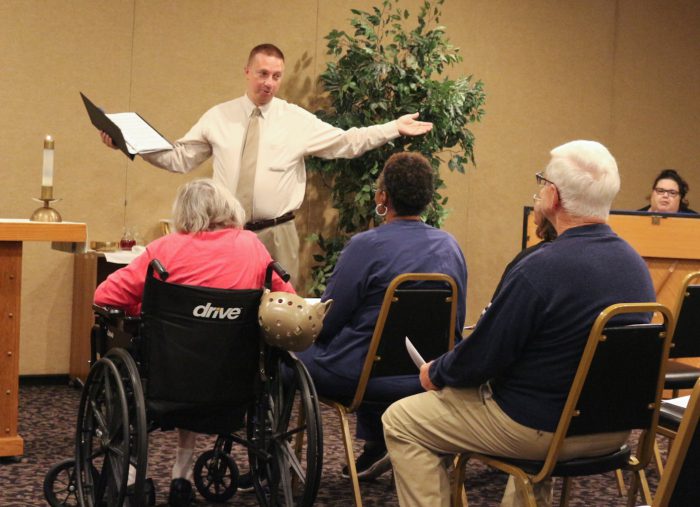 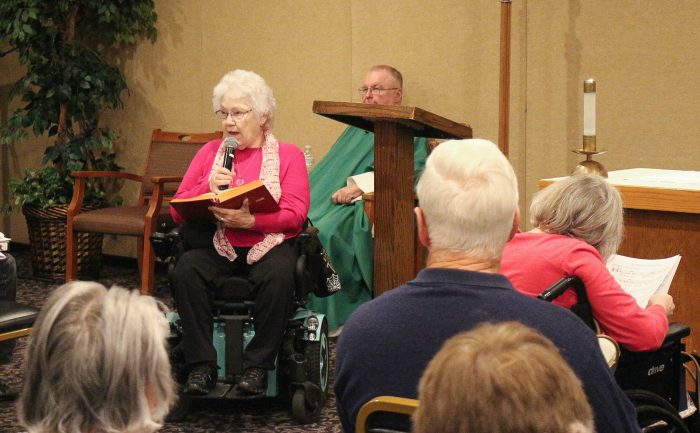 One of the lectors at Sunday’s Mass was Sue Collins

The Victorious Missionaries are people dedicated to providing spiritual support for all those with disabilities or who are chronically ill and those who wish to journey with them. They are a diverse group – comprised of laity and religious, women and men, the young and the not so young. They are a visionary people called to live a life of hope; called to see past the struggles of life to the victory that is born through the spirit of love. The Victorious Missionaries is the first movement that was formed and run by persons with disabilities. Today, the VMs have six chapters throughout the United States. 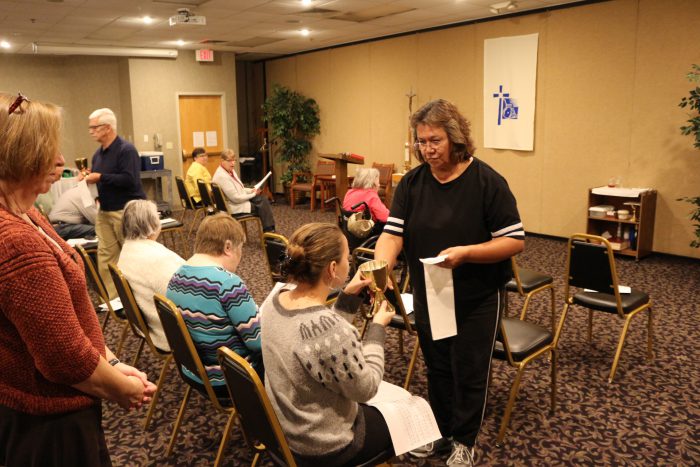 Anyone interested in information about the Victorious Missionaries is encouraged to speak with the VMs Ministry Assistant, Bette Meyer at 618-394-6281, or visit their web page at VMUSA.ORG

Fellowship is a big part of the Victorious Missionaries’ Fall Retreat 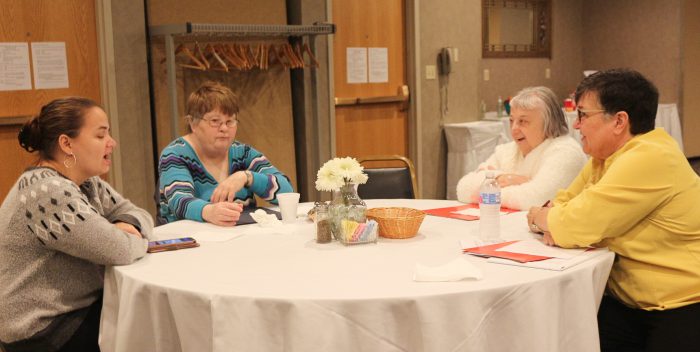 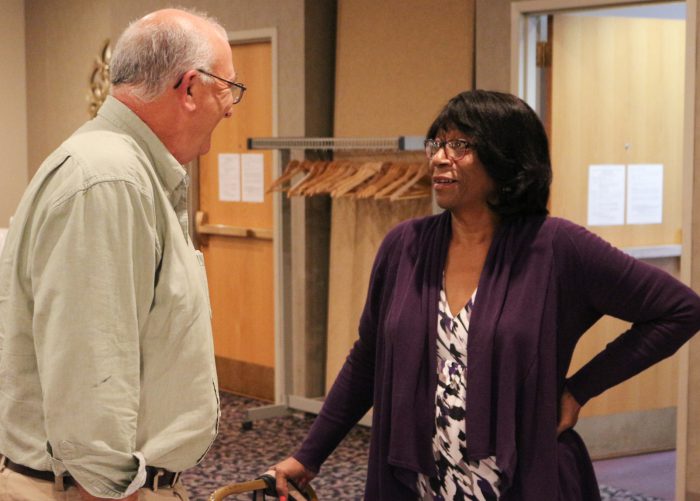 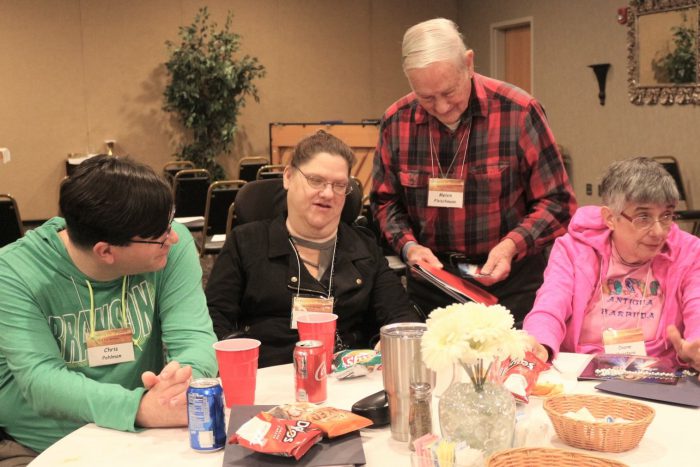 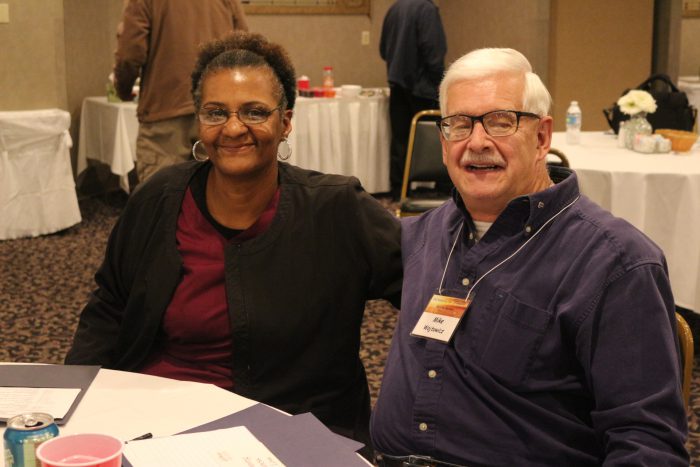