“Listen to the voice of the Earth, learn these laws and obey these laws if you wish to survive.”   –Pope Benedict 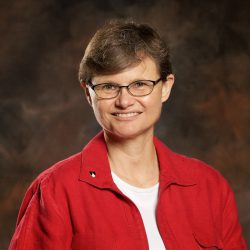 We are young as a species who needs to learn to listen to its mother.  Of the 4 billion years since God called forth life on Earth, Homo sapiens have only been here about 150 thousand years.  Put another way, if all of Earth’s history was condensed into one 24-hour day, life began at 4:00 a.m. humans don’t show up until 11:58:43 p.m. or about one and a half minutes before midnight.  We are a very young on this Earth with a lot to learn.  But like a schoolgirl who doesn’t comprehend the disruption caused by her stubbornness or an adolescent boy who doesn’t know his own strength, we are making a mess of our home and disrespecting our Mother Earth.  We have yet to appreciate our role as a member of the Earth family or recognized our ability to cause irreparable harm.

Thomas Berry says it this way: we are a species with macrophase power and only microphase wisdom.  We have the power to change the course of rivers and take off the tops of mountains, to transplant hearts and kill cancer cells, to record the human genome and engineer pesticide resistant crops.  We have the power to change the world, but only a very nascent wisdom to guide that power.  Like leaving a child unsupervised near a camp fire, the results, although not intended, can be beyond tragic.

We are young so our Mother Earth and our older siblings endeavor to teach us.  This past month seven grey whales beached themselves near San Francisco.  They all seemed to die of starvation. Some had plastic in their stomachs.   Each year, migrating birds return sooner than expected bringing exotic species we’ve not seen here before with them.  Storms are stronger and more frequent.  The Earth’s systems are bringing us information about how we are harming them, but we have failed to listen in any way that has, so far, lead to helpful change.

Along with what Earth herself is showing us, there has been an unceasing flow of scientific studies reporting the ravaging effects of human behavior on Earth. Beginning with Rachel Carson’s Silent Spring (1962) they have been wake up calls that have largely gone unheeded.  We just received the report from the United Nations Intergovernmental Science-Policy Platform on Biodiversity and Ecosystem Services and its bad news for humans and for Mother Earth.  The report tells us that biodiversity and ecosystem are deteriorating worldwide.  One million species are under threat of extinction because of human behavior.  Through their careful study of Earth’s ecological systems, the UN team of scientists confirms what we’ve heard before: all planetary systems are connected. Human health, human economics, health of water ways, survival of individual species, are all part of one flowing system to which we have responsibilities.

We read in Genesis that God created humans from the dust of the Earth and placed them in the Garden to “till and keep it” (GN 2:15 NRSV). We have not done a very good job.  What will it take for us to learn to respect our Mother Earth and allow her to heal her bio-systems, her other-than-human children, and ourselves?  This healing calls for a respect for the complexity of Earth and a humility about our human wisdom.

Listening, I think, is at the heart of our growth as people and as a planetary power.  The gospel reading we’ll hear on Mothers’ Day tells us. “Jesus said: ‘My sheep hear my voice; I know them, and they follow me’” (JN 10:27).  Listen to the Shepherd’s voice. Pope Benedict told a group of priests gathered in Rome to “Listen to the voice of the Earth, learn these laws and obey these laws if you wish to survive” (July 24, 2007).  Listen to God, listen to Earth. Listening seems to be one of the marks of a maturity that will lead us through this extinction event we are causing.   Listen to God’s call to tend and keep the garden Earth was intended to be. Listen to Earth herself by paying attention to what is happening to her and all her children of every species. Listening to our own hearts: the sadness for today, regret for things past, fear for the future. Hearing God’s call, Earth’s cry, and our own hearts may awaken us to conversion of spirit that rousts our indifference and changes our behaviors.

Like an ideal mother, Earth does not hold a grudge.  Once the destruction stops, recovery begins, often at surprising rates.  Although some damage is beyond hope, some lakes thought dead come back to life, shores flooded with oil recover, and even forests irradiated show signs of healing.

Humans will always be among Earth’s youngest children, but with attention, Divine Providence, and simple maturity, we will begin to anticipate the effects of our reckless behavior, grow into our power, and make thoughtful efforts to put our love for Mother Earth and for our siblings of all species into loving actions.

Sr. Linda Gibler, OP, is an Assistant Professor of Science and Religion at Oblate School of Theology in San Antonio, TX