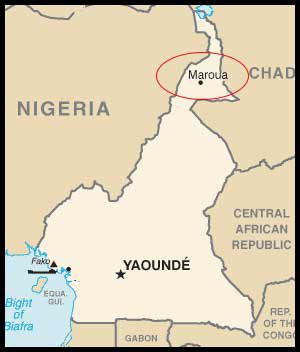 The city of Maroua is the capital of the Far North region of Cameroon. This region is often a victim of Boko Haram Islamic terrorism. The city of Maroua hosts many Internally Displaced People (IDP’s) with refugees from Nigeria as well. There are also displaced people from the English-speaking regions of North-West and South-West Cameroon. These two regions are victims of the violence of the political crisis, which has already caused more than 2,000 deaths and more than 6,000 displaced, according to the local press.

Maroua, therefore, is now transformed into a large centre for victims of war and poverty. Most of these people have often undergone various types of physical and psychological abuse. There are children and women who have been raped, beaten, maimed, and deprived of their families, schooling, and even food. There are parents who have lost their children, and children who have lost their parents.

Passionate about the poor, the Oblates of Mary Immaculate of the Province of Cameroon have opened in August, 2019, a Counseling Centre in Maroua. The name of this centre is “Maroua Counseling Centre” (MCC). The centre is an initiative of Fr. Edouard DAGAVOUNANSOU, provincial superior. Fr. Thomas BANG has been appointed as its first director. The centre works in collaboration with psychologists, a medical doctor, a lawyer, and the police officers of the city. 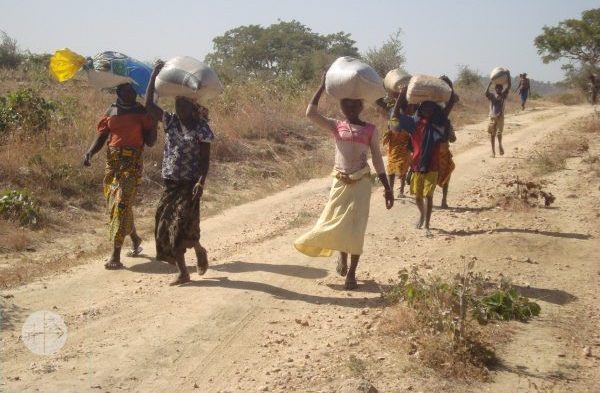 Father Thomas listens to each victim and refers him or her to the collaborators according to the person’s need. The centre welcomes victims of abuse and violence in all its forms. So far, the majority of victims are children and women. 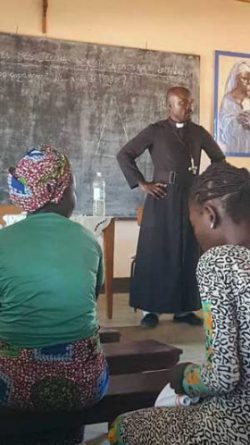 The main difficulty we face is that the demand is much more than what was expected. Listening to a victim can sometimes take more than 2 hours. Apart from Father Thomas, the centre has no permanent staff due to the lack of financial means. The director of the centre also has other responsibilities parallel to the centre, which makes his availability limited at times. Some people come to the centre for material assistance, like school fees for children, medical bills, food and even housing.

One of the many positive aspects of the centre is that the victims of abuse tell us how they already feel relieved just by being listened to. They are happy that there is finally a place where they can go to share and express their feelings freely, thanks to the goodwill of our volunteers and collaborators!

We also have some future projects to accomplish. Having a refectory, and utilizing it to offer at least one meal a day to those most desperate victims, is one of those projects. Further, the centre needs to be equipped with more toilets and showers for the victims for the time they spend at the centre. We also wish to have two or three resource persons as our permanent staff, so that we could serve more people a day. These are our dreams, but in faith, we believe that it will soon be a reality.