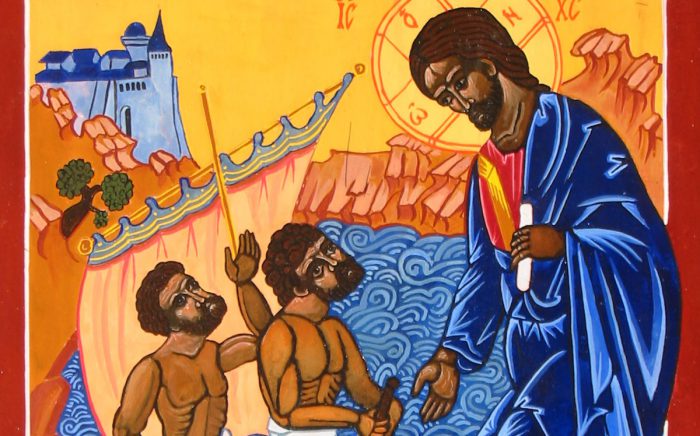 A noted professor of Old Testament studies addressed archdiocesan and religious seminarians recently on the importance of preparation for preaching the biblical texts during Sunday liturgies.

Sister Diane Bergant, CSA, the Carol Stuhlmuller, CP, Distinguished Professor Emerita of Old Testament Studies at the Catholic Theological Union in Chicago spoke at Oblate School of Theology as part of the four-year Project in Preaching, a program designed to prepare priest graduates of OST and various religious formation centers in San Antonio for improved preaching that will engage congregations and support their efforts to live fuller Christian lives. The project was made possible by a donor who wished to remain anonymous, but who wished for improvement in Catholic homiletics.

Sr. Bergant explained early on that she was “handing down to you (seminarians) what has been handed down to me so that you can hand it down to others. It’s the handing down of the tradition that has been entrusted to those who have been called to ministry.” She underscored that “we are not here just to learn something and get a grade. We are here to learn the tradition so we can hand it down. The people of God deserve the best you can give them.”

Five major steps she listed for preparing a biblical text include reading the texts, seeing whether historical insights shed light on them, asking what is each text’s theological meaning, asking how this theology worked in the original Christian community, and asking how it works in today’s contemporary community.

She pointed out that readings from the Lectionary must be interpreted in context with other readings for the same liturgy, not in the literary context in which they appear in the Bible. “They’ve been taken out of their original literary context and placed in another literary context,” she said. “Whenever you do any kind of interpretation of Scripture, you always center it within a context.” Sr. Bergant added that we interpret everything within a context because “that is what we know; unfortunately, we don’t always take our experience and use it to understand what we’re reading, particularly with the Bible.”

The professor observed that in her experience, “people have a tendency to read everything they know into a story,” even when it’s not in the story. For example, the idea that “God made us, body and soul,” is widely interpreted from Genesis, where it does not appear. “Does that mean the Israelites didn’t believe there was something non-material in a human being? Of course not; of course they believed; they just didn’t call it ‘soul,’ but we interpret it that way.” Likewise with original sin. “There, you can turn to Augustine; we read everything we know into these stories, which means we don’t read well. We either read things into the texts, or we miss what’s there.”

Sr. Bergant noted that, “Unfortunately,” she said, “if somebody says, ‘It didn’t happen that way,’ they’re accused of saying it’s not true.” But often statements in the texts are to be interpreted as metaphor. “How do we talk about the death of someone we’ve loved? A friend of mine, after her husband died, said, ‘I’ve got a hole in me.’ Really? Yes, really; historically, no; scientifically, no; but really? Yes. Or think about falling in love: ‘It’s like walking on a cloud.’ Really? Yes, and if you don’t understand that, you’ve never fallen in love,” she said.

In one of the Advent Sunday readings, the theme was summarized as “The desert will flourish.” That is a metaphor, and it’s not about a desert; it’s about spring, fertility and the beauty of life, she said.

Sr. Bergant said that “You choose the passages you use because of the sentiments you want the congregation to experience. For example, we don’t use laments for weddings; we used them for wake services because they allow people to grieve. For most people, that’s how theology functions. “

The professor added that in modern American society, “We speak in metaphors all the time, but we know how to interpret them because they’re our metaphors.” However, she added that when speaking of her beliefs, “I’m not going to put it in a metaphor, because unfortunately, sometimes it’s interpreted literally.”