The article by Danetta Watt was originally published in AdVantage 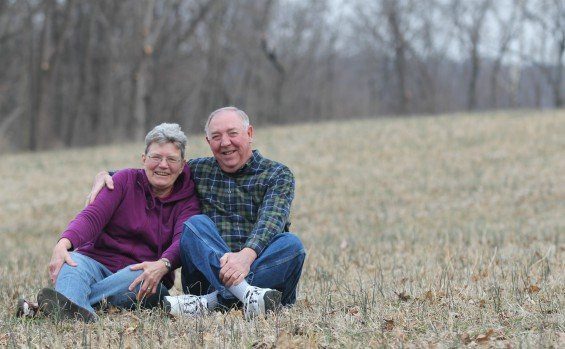 After 18 years of being an integral part of La Vista, Cindy Gelsthorpe and Tom Bechtold are hanging up their gardening gloves.

Gelsthorpe and Bechtold, both 74, have invested an untold number of hours of volunteer labor, provided steady financial support and have seen the operation successfully transition through four farmers.  Now, they’re ready to explore other interests, and pass the proverbial torch to a new group.

Gelsthorpe said the farm needs “young people with new ideas.  There’s a satisfaction of knowing you can continue a dream someone started.  It may take another generation but people will come around, if you can just convince a few people that this is the right way to grow things.”

La Vista Community Supported Agriculture Farm was the brainchild of Maurice Lange, who envisioned an organic farm and ecological learning center on the property of the Oblates of Mary Immaculate on Levis Lane in Godfrey.

In 2001, the idea for the farm came to fruition when a one-acre field was planted in what later came to be known as Founder’s Field, and Amy Cloud was the farmer. Since then, it has grown to six acres.  A non-profit farm, shares are purchased by the public, who then has access to three seasons of vegetables, berries and herbs grown there.

“I sort of adopted the infrastructure and equipment,” Bechtold said casually, belying the ingenuity and inventiveness he brought to the job the past 12 years.

Bechtold grew up on a small farm where his family planted grain and raised livestock.  After he took an early retirement from his job as a vice-president at Boatman’s National Bank, he kept busy with the farm and the Tri-County Antique Club.

“When you grow up on a farm, you learn to jury-rig stuff,” Bechtold said. He likes tinkering and invented a couple labor-saving devices, including a compost spreader.

A major project was installing an irrigation system in the fields.

“Watering the field was a real challenge. Kris (Larson) would run hoses from the Hermitage to the fields, probably a quarter of a mile,” said Bechtold. 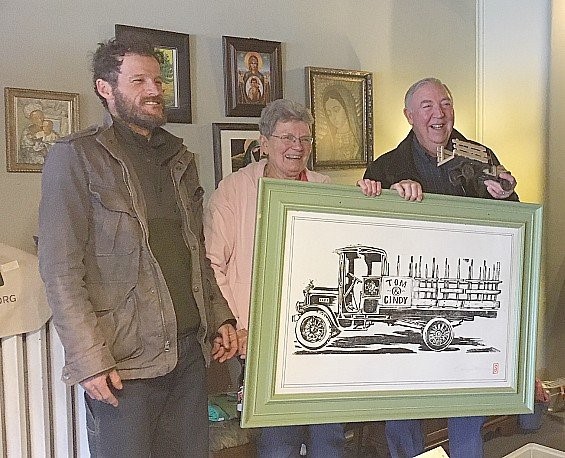 “Tom was generous with his time and attention to making things work, which let us do our best at farming,” said Kris Larson. He and his wife, Stacey, were the farmers from 2006-2009.

“Cindy helped us transition to the community.  She embraced our kids and made us feel at home,” Larson continued.  “They mentored us as farmers.  Not necessarily which seeds to sow or when to harvest or what to plant, but how to have trust and confidence in ourselves as farmers.”

Gelsthorpe owned the Medicine Shoppe in Jerseyville and sold it when she retired seven years ago as a pharmacist.  As a business owner, she was able to lend her expertise to the farmers and Core Group.

“It was a lot of work and money but I could afford it,” she said of the nearly two decades she invested in the farm.

“Cindy and Tom made a wonderful team,” said Crystal Stevens.  She and her husband, Eric, were the farmers from 2010-2016.  “They took care of all of the financial aspects of the farm, including budgeting and payroll.”

The two didn’t realize they grew up on adjoining properties until they met at Gelsthorpe’s daughter’s wedding at St. Michael’s church in Beltrees, where Bechtold was a member.  They married in 2013.

Bechtold still spends some time at La Vista teaching the current farmer, Phill Beile, how to take care of the equipment.  But he’s also taken up painting, now investing his time and energy in creating landscapes on canvas instead of the earth.  Gelsthorpe is in the process of becoming a Master Gardener through the Madison County Extension Unit.

“I’ve always loved to dig in the dirt,” she said.

“It is a bittersweet ending to an era. All involved with La Vista tremendously thank them for their years of dedication and service to the farm and community,” said Beile. “With their departure we must take the time to recognize all that they did and match that to the best of our ability while also finding our own skill set to help the farm face the adverse climate that is local organics in our community.”