Ahead of Pope Francis’ Apostolic Journey to Japan, an OMI missionary priest explores how the face of the local Catholic Church is changing and the challenges of preaching the Gospel where people give priority to work, not religion. 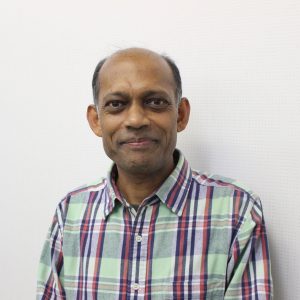 But that won’t keep them from turning out in (relatively-large) droves when Pope Francis makes his Apostolic Journey on 23-26 November.

“Although the Catholic population is quite small, I think people are looking forward to [his] visit and that it might help them strengthen their faith and the Church at large. It’s going to bring hope.”

That was how Fr. Bradly ROZAIRO, described the faithful’s expectations, in an interview with Vatican Radio. The missionary priest from Sri Lanka serves as the Delegation Superior of the Oblates of Mary Immaculate, and lives in Itami City.

“Many are getting ready to go to Nagasaki, Hiroshima, and Tokyo, practically from every church there are people going to attend,” he said, adding that many people from his church in Osaka are making travel plans.

Those ‘droves’ are not just Japanese Catholics. There is a growing number of migrant workers who hail from the Philippines, Vietnam, Sri Lanka, Brazil, and Peru.

“The total [Catholic] population is some dioceses is very foreign,” said Fr Bradly.

This influx of foreigners comes as quite a shock in Japan, which has long had strict immigration laws. Parliament just last year passed a law to allow an unprecedented 300,000 migrant workers in over the next 5 years, due to a labour crunch. So more change is coming.

Religious missionaries like him have their own role to play in this new stage in Japan’s history.

Fr Bradly said ministry to migrants is “not only about the Sacraments” but includes helping foreigners as they face language or legal problems. “If they don’t speak the language we help them with translation” or bring in someone to teach them Japanese, he said.

Pope Pius XI once called the Oblates of Mary Immaculate “specialists in the most difficult missions.” The phrase even appears on the OMI Japan website.

The hardest thing about being a missionary in Japan? “People don’t have time to come to Church. Here, work gets the priority, not religion.”

Fr Bradly said people respond well to Church-organized events, if they can find a free moment. He added that this can be difficult for missionaries to grasp when they first arrive in the country.

Returning to the Pope’s visit, Fr Bradly said that “for a country which does not give priority to religion, to welcome a religious leader will be a big blessing. The presence of Pope Francis and his message will help strengthen their faith and belief in Christianity.”

The Oblates of Mary Immaculate first arrived in Japan in 1948, after the end of the Second World War.

One of their initial missions was educating children, and they opened several Montessori kindergartens, 6 of which they still operate. “We still continue with this mission,” Fr Bradly said, “because we really try to give the Gospel values to kids and to teach them about God.”

Now the Oblates in Japan work mostly in parishes. Some also serve as prison chaplains, and one runs a pro-life desk.

Fr Bradly has one hope for the Pope’s upcoming visit to Japan.

“I wish and pray that God may interfere in the lives of people, especially the non-Christians in this country, through Pope Francis.”