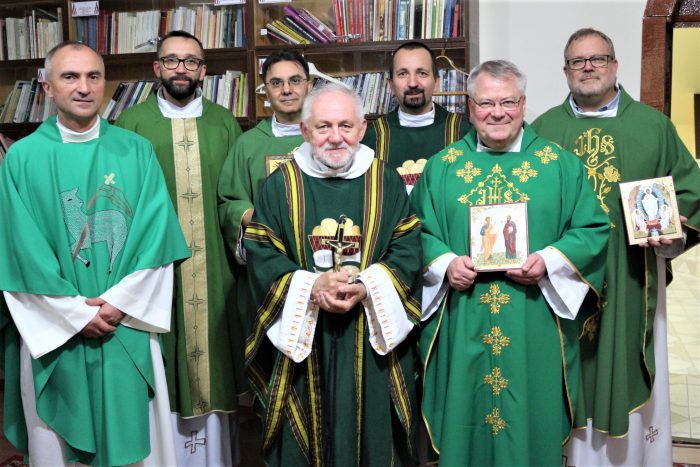 Three members of the U.S. Oblate Administration made the first visit to the Oblate Mission in Ashgabat, Turkmenistan during the week of November 17, 2019. Provincial, Fr. Louis Studer, Vicar-provincial for Mission and Ministry, Fr. James Brobst, and Province Treasurer, Fr. James Chambers, made the 8,000 plus mile trek from Washington, DC to the capitol city of Ashgabat in order to see and evaluate the success of the mission which has been financially supported by the U.S. Province since its inception in 1997. During their visit to the mission in Ashgabat, the U. S. Oblates were joined by the Provincial of the Polish Province, Fr. Pawel Zajac.

About the size of California, Turkmenistan is a country of some 5 million inhabitants which borders the Caspian Sea, and the countries Azerbaijan, Uzbekistan, Afghanistan, and Iran. Turkmenistan has been at the crossroads of civilizations for centuries. In medieval times, Merv was one of the great cities of the Islamic world and an important stop on the Silk Road, a caravan route used for trade with China until the mid-15th century. In 1925, Turkmenistan became a constituent republic of the Soviet Union and then independent upon the dissolution of the Soviet Union in 1991. 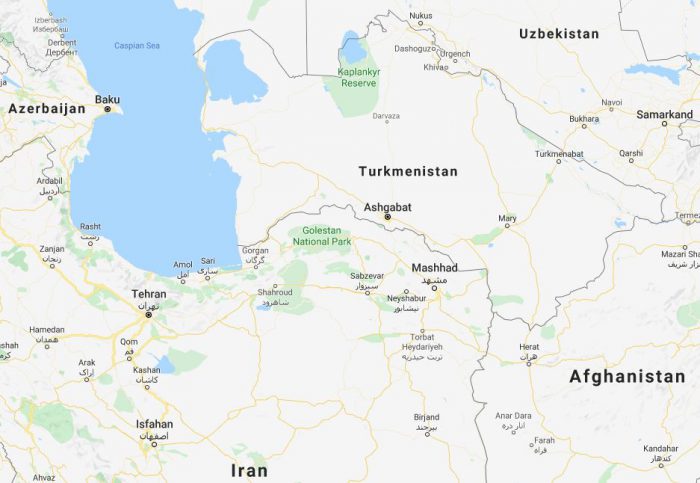 The population of Turkmenistan is largely Muslim (about 90%) along with members of the Orthodox Church and some Protestant denominations. The government watches these religious institutions closely. Though there are no outright bans on these groups, the government does nothing to encourage them either. New Churches or buildings are almost never approved for construction and even the importation of Bibles and other religious material is strictly regulated.

It was after the collapse of the Soviet Union that a group of Catholics in Turkmenistan wrote to Pope John Paul II asking him to send priests to administer the Sacraments to them. The Pope sent a Vatican Ambassador to discern the need in Turkmenistan, and what was possible under the government regulations. 38 Religious Communities in Rome were approached by the Vatican seeking priests for the new mission, 38 communities said, “No.”  Finally, they asked the then Superior General of the Oblates, the late Fr. Marcello Zago, who said “Yes.” 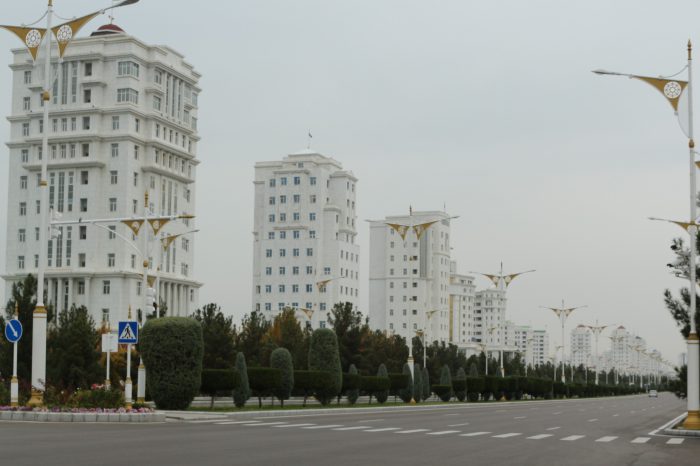 Ashgabat is full of brand-new white-marble buildings, the preferred building material of the president, Gurbanguly Berdymukhammedov

Since its beginning in 1997, the mission has been staffed by Polish priests who speak Russian, which is widely spoken by the population which grew up under Soviet Rule. Turkmen, the official language, is predominant. While the Superior General entrusted the Polish Province with opening the new mission, the U.S. Province was also invited to collaborate on the project and it has primarily done so by providing financial support.

Fr. Andrzej Madej, OMI was appointed ecclesiastical Superior and Vatican Cultural Attaché, positions which he holds to this day. Fr. Andrzej and the other two priests currently at the mission, Fathers Rafal Chilimoniuk and Jerzy Kotowski are officially Vatican diplomats who maintain a ministry of pastoral and missionary activity in a “low profile” style which is limited to the Nunciature space.  Presently there are more than 100 baptized adults forming the Catholic community. 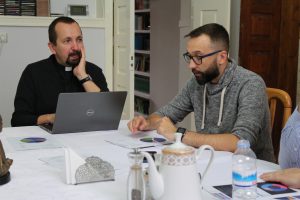 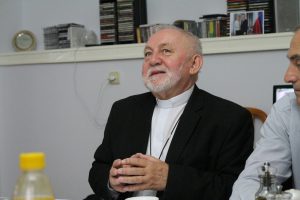 In describing the mission, Fr. Andrzej refers to it as “A humble presence.”  “We have a Catholic community of about 150 persons. They attend Mass in Russian and also in English…Our community worships in a rented house. In spite of the lack of space our community maintains its enthusiasm, while the number of people coming continues to grow,” said Fr. Andrzej.

In addition to the business meetings, the visitors celebrated daily Mass at the mission where they got to meet the local faith community who have come to depend on the Oblates for their only opportunity to practice and learn about their faith. 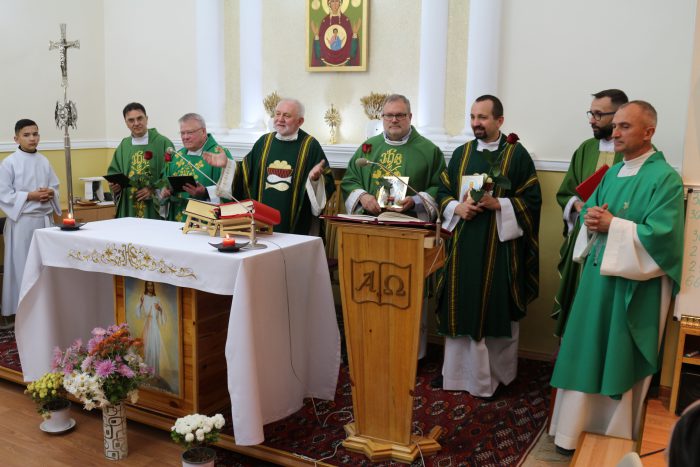 During their stay, Fr. Andrzej took the group to see the ruins of Merv. The Oblates even celebrated Mass on top of an ancient Church, Haraba Koshk where, Fr. Andrzej said, “No Mass had been celebrated for 1,500 years.” Not one to ignore an opportunity to serve his flock, Fr. Andrzej took a short detour during the trip to a small village in order to give a ride to a woman who needed transportation to a hospital in the city of Mary (pronounced “Marie”) to get a dialysis treatment. 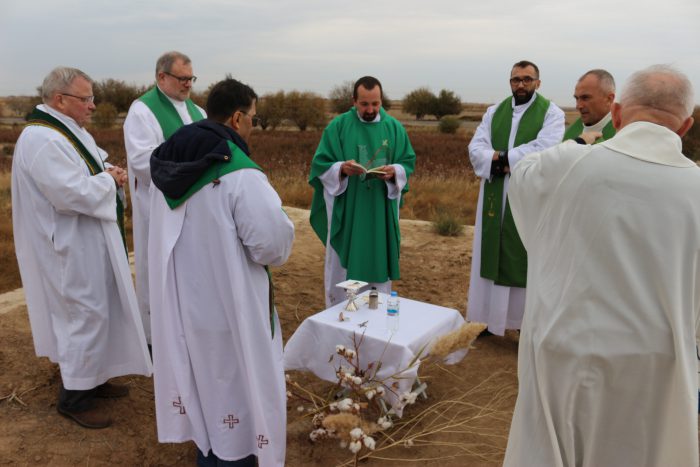 Celebrating Mass on top of the ancient church

Another highlight took place on Thursday when Fr. Andrzej arranged for the group to be received at the U.S. Embassy in Ashgabat by Deputy Chief of Mission, Andrea Brouillette-Rodriguez. The Oblates discussed freedom of religion issues in Turkmenistan with the diplomat and how the embassy could facilitate getting religious materials through the local government obstacles.

On the final night of the visit, all the Oblates celebrated Mass with a crowd of locals whose children performed a “Piccolo Concerto” (little concert) in honor of the visitors. After the concert all joined in to a spontaneous and joyous round of dancing and celebration.

The children sang and danced for their visitors

At the end of the week the commitment to the mission by the Polish and U.S. Provinces was affirmed. Reflecting on the Mission Visit, U.S. Provincial, Fr. Louis Studer said, “The ministry is reminiscent of the early Church, wherein these Oblates reach out in large ways and small – giving rides to doctors and hospitals, and providing opportunities for these people to practice their faith and receive the Sacraments, especially the Eucharist. These Oblates are prepared to continue their ministry and presence in Turkmenistan for many years to come.” 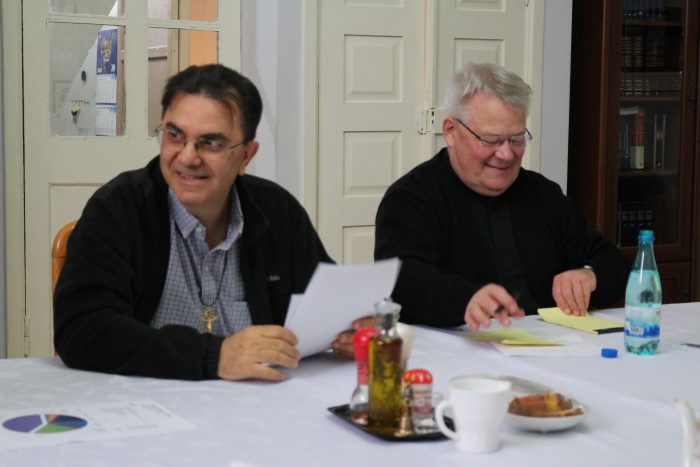