Formed by a meteorite impact nearly 2 billion years ago, the Sudbury basin located in Northern Ontario, Canada, produces nearly 30% of the world’s nickel. This is the key ingredient to make stainless steel. From cellphones to utensils to weapons all use minerals found below the surface of my home region of Sudbury, Ontario. 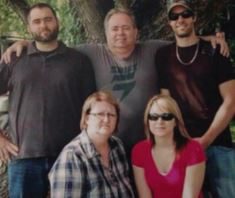 I come from a family that has been involved in mining for two generations. Many family members and childhood friends work for mining companies, unions or industries related to extractives. My grandfathers, both maternal and paternal, came from farming families who had been cultivating the lands of Northern Ontario for generations. Though they lived hard lives, their work fed their families and their communities. By the middle of the 20th century, their livelihoods were impacted by the arrival of cheaper produce and foods from elsewhere, thus forcing them to seek work below the land their ancestors had toiled and cultivated for generations. I remember my dad spoke of going down below the surface of the earth as a life changing experience; he often compared mining to combat because he and his comrades battled the harsh and dangerous work environment – all so they could feed their families. Over the years, many of my dad’s co-workers have died in mining accidents. Underground workers sacrifice their health working for 12 hours at a time while the mining companies who employ them and profit the most from their labor do little to appreciate or protect them – unless they are legislated to do so. 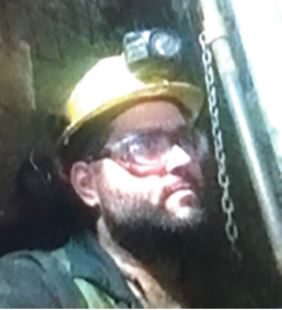 Fast forward to May of 2014, I’m a member of a communications team working for a major political party during that year’s provincial election in Ontario. We had been informed of a major ‘cave-in’ at Lockerby mine near my hometown of Sudbury, Ontario. As we were planning our response to the mining accident, little did I know this would hit so close to home. Marc Methé, my cousin, went to work underground that day full of aspirations for the future, never to come back out alive. He died in that ‘cave-in’ along with another co-worker, Norm Bisaillon, a father of two. Marc was kind and smart, destined for great things in his life. He would help anybody if he could! His job as contractor for Taurus Drilling was a steppingstone for him. He worked hard and had big plans. Most of all, he wanted to make his family proud – and we were! His untimely death resulted in a grieving family that, to this day, still await answers and accountability from the companies responsible for his death.

According to website, TheWorldCounts.org a non-profit data-driven statistics website, on average 15,000 people die in mining accidents every year around the globe with over 7,500 deaths this year alone. These numbers are very conservative estimates based on reported numbers of deaths. The real numbers can only be higher because reporting is not mandatory in all countries, nor are all mining operations legal in many places. Marc’s death highlights the plight of workers worldwide who fight for justice in similarly dangerous conditions. When companies are not being held accountable, this endangers the lives of all those whom they employ.

So, what can we do? How does our faith call us to justice in the face of these kinds of injustices? Firstly, it is important for people of faith to minister to working families, especially when we find ourselves in regions impacted by extractive

industries such as mining. By familiarizing ourselves with the lived experience of workers, we can begin to appreciate the daily sacrifices workers make going underground. Secondly, we can help by supporting workers and their families during labor disputes. And finally, we can get involved in local community groups working and fighting for ecological justice. By being present in these kinds of milieus, we can get a feel for issues that concern local communities affected by the extractive industry.

Being in solidarity with the most vulnerable is not only part of the Oblate charism, but also our way of following the call of Jesus, who himself came from a working family of ‘tektons’ (laborers). 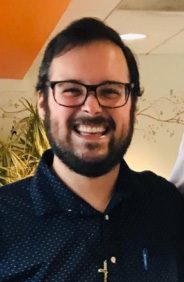 Br. Joey Methé, OMI, is a creative professional who has always been passionate about social solidarity and ecological justice. He began his activist work when he was elected President of l’Association des étudiantes et étudiants francophones (AEF) at Laurentian University in Sudbury (Canada), advocating for the linguistic rights of francophone students and fighting for unhindered access to post-secondary education. He then went on to work for the Student Federation of the University of Ottawa for over 9 years as the Communications Director. After years of leadership in the student movement in Canada, he became a religious brother with the Missionary Oblates of Mary Immaculate on August 1st, 2018. This was his way to answer Jesus’ call to be in solidarity with those who are forgotten, abandoned and oppressed.

Br. Joey is from Notre-Dame-du-Cap Oblate Province in Canada and is currently studying Theology at the University of St Paul, Ottawa.

He was the 2019 summer intern at the JPIC USA office and has now become a part of the office staff. As an oblate brother in formation, he hopes to learn from the expertise of the JPIC staff, continue his work studying and analyzing the mining/extractives industry, and offer his creative media production skills to the OMI justice, peace and integrity of creation ministry.