Three Examples of Oblate Ecumenism during the Jan. 18-25, 2020 Week of Prayer for Christian Unity.

How Do Martin Luther King, Jr. Day and the Right to Life March Fit In?

Although there will be no explicit actions for ecumenism in our six parishes of White Earth during the Week of Prayer for Christian Unity, due to the temporary absence of the Protestant minister who works with the Oblates, there continues to be great ecumenical activity. During last November, the Ojibwa community in Waubun held an autumn feast and fun day.  United Church of Christ Pastor Anna Larson and Fr. John Cox, O.M.I. offered craft activities for the children.

When the Oblate national administration met at White Earth from Sept. 16-19,  2019, they saw that some of our main programs providing assistance (educational, social welfare, drug rehabilitation, employment opportunities and job training) require input from all the Christian Churches on the reservation.  No one Church has the resources alone. 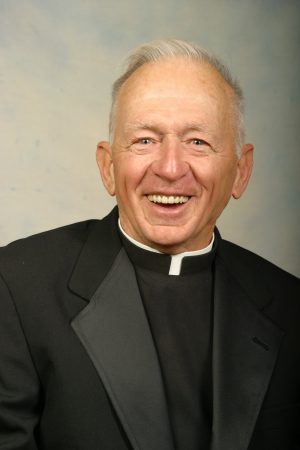 All residents received the materials produced for the Week of Prayer by the Graymoor Friars on behalf of the Catholic Church, and the World Council of Churches on behalf of the Eastern Orthodox and Protestant Churches.  These materials now incorporate material for the USA that include Martin Luther King Jr. Day (see below). 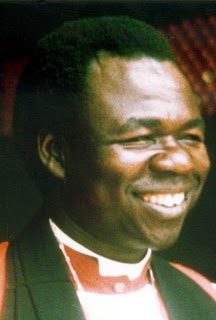 Here at IHM, Frank Demers, O.M.I., on the celebration of the Holy Innocents, Dec. 28, preached on the expansion of our concept of martyrdom, to include martyrs in the Eastern Orthodox and Protestant Churches.  I remember vividly spending three weeks in August, 1964, with the Anglican Archbishop Janani Luwum, when he was just a young priest from Uganda. After Idi Amin martyred him on Feb. 17, 1977, it became known that the cardinal of Uganda was the last person Janani visited, before going knowingly to his death at the president’s palace.

We can view the Week of Prayer as either enormously complicated by these two events, or greatly enriched. For the observance of Martin Luther King Jr. Day on Monday, Jan. 20, Graymoor has prepared “Homily Notes,” by Rev. Catherine E. Williams, Ph.D.  They may be downloaded at the Graymoor website search on left column “Prayer/Worship.”

Dr. Williams notes that “every January for the past twenty-five years, the United States has been celebrating the memory and legacy of this prophet and preacher with a national holiday that has been called a day on instead of a day off.  . .’the only federal holiday designated as a national day of service to encourage all American to volunteer to improve their communities’.” For more on Dr. King, see our post of Jan. 11, 2017:  click here.

The Right to Life March scheduled for Friday, Jan. 24, also finds Catholics making common cause with members of other Christian Churches.  No one Christian Church has the resources to minister to women seeking abortions, and to educate our nation to the evil of abortion.

May Oblates value the role of other Christian Churches in the matter of discrimination, and promoting the value of life.

Our national Oblate Ministry for Mission, Unity and Dialogue welcomes news from all Oblates in the USA, concerning the observance of this year’s Week of Prayer for Christian Unity.