Photos and Story by Mike Viola 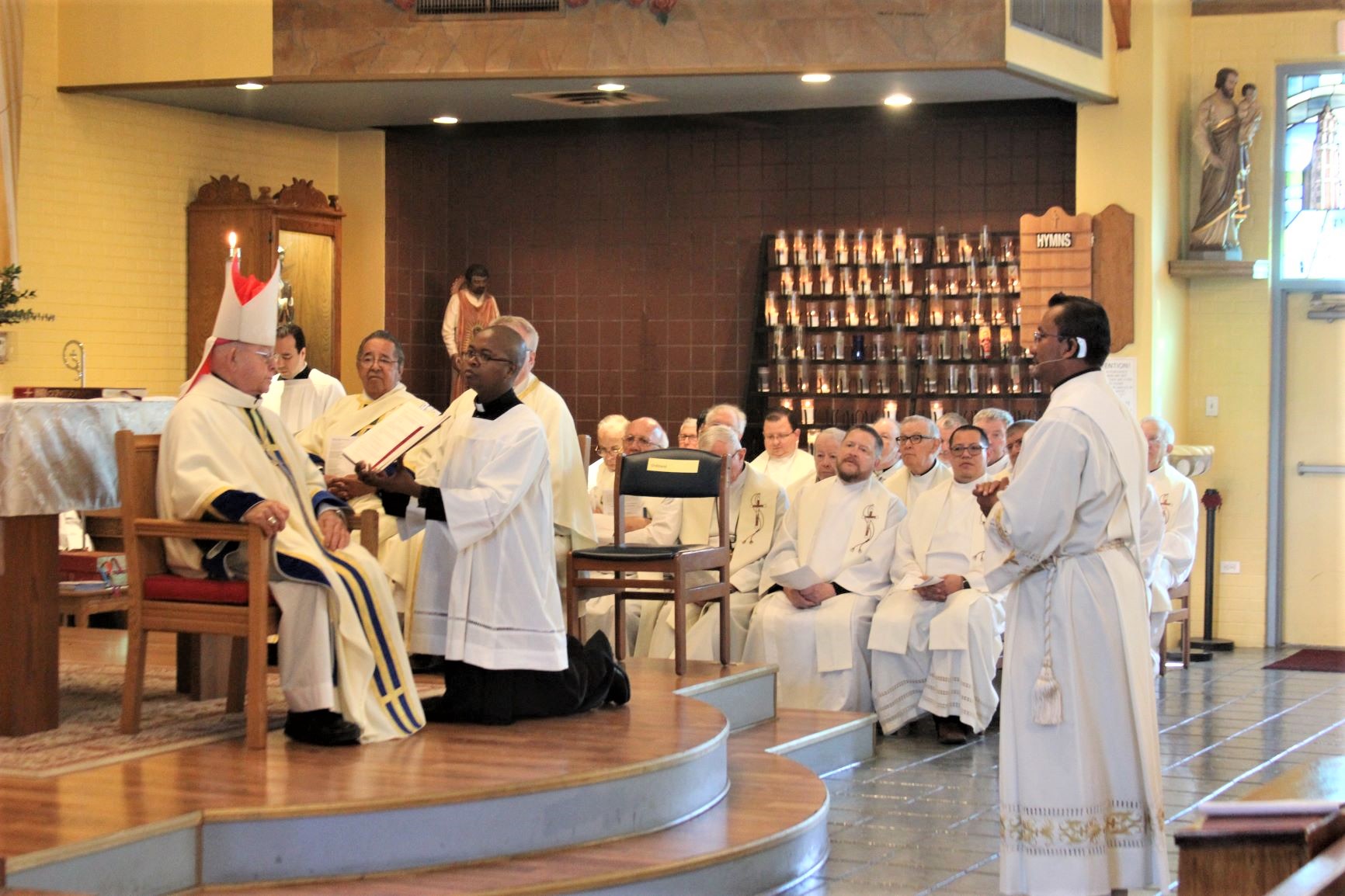 On the morning of Saturday January 11, 2019, San Juan de los Lagos Parish in San Antonio, Texas was the site of the priestly ordination of Eleazar Manuel Lopez conferred by the Most Rev. Michael Pfeifer, OMI. It was a busy day for the new Oblate Father, as he was guest of honor at a reception following the ordination, before celebrating his Mass of Thanksgiving at 6 PM on the same day.

The joyous day was the culmination of many years of formation for Fr. Eleazar, preceded by a journey to a religious life that saw many twists and turns.

Father Eleazar Manuel López, O.M.I. describes his life as one of transitions.  On January 11, he made the biggest transition yet when he was ordained the newest Missionary Oblate Priest for the United States Province

“It has been quite a journey, but thanks be to God I am here,” said Fr. Eleazar on his ordination day.

Father Eleazar was born and raised in Mexico to a family that was Catholic but only sporadically practiced its faith.  As a young man, his life lacked focus, and he wasn’t sure what path he would eventually take.

At the age of 20 he joined the Mexican Army and served for four years.  After moving to the United States, his life changed dramatically when he stumbled across the Oblates’ Santa Rosa Parish in San Fernando, California.

“The people at Santa Rosa welcomed me to their community in a powerful way and I joined the parish youth ministry,” said Fr. Eleazar.  “I truly am a vocation created by lay people.”

Through Santa Rosa Parish, Fr. Eleazar first encountered the Missionary Oblates.  He particularly felt drawn to the Oblate Founder, St. Eugene De Mazenod, because of the Founder’s focus to treat people as humans first and then to meet their spiritual needs.

Father Eleazar entered the Oblates’ prenovitiate in Tijuana, B.C. Mexico in 2008.  He later spent his novitiate year in Guatemala before moving to San Antonio, Texas for his studies at Oblate School of Theology.

Father Eleazar was ordained at the Oblates’ Our Lady of San Juan de los Lagos Parish in San Antonio.  Presiding at the ordination was a brother Oblate, Most Rev. Michael D. Pfeifer, O.M.I., Bishop Emeritus of San Angelo, Texas.

Father Louis Studer, O.M.I., Provincial of the United States Province, gave Fr. Eleazar his first obedience, to the Shrine of St. Joseph the Worker in Lowell, Massachusetts.  Father Eleazar said he is excited about his first ministry  because he wants to be a missionary with the people, and working at the shrine will allow him to enrich the lives of people on their life journeys in many different ways.

More photos of the Ordination 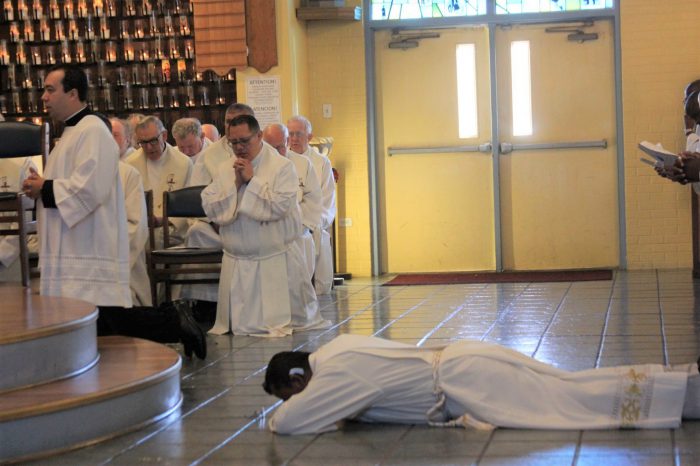 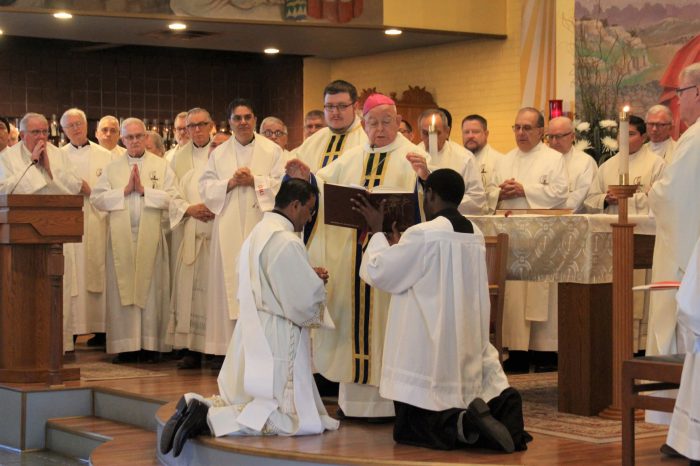 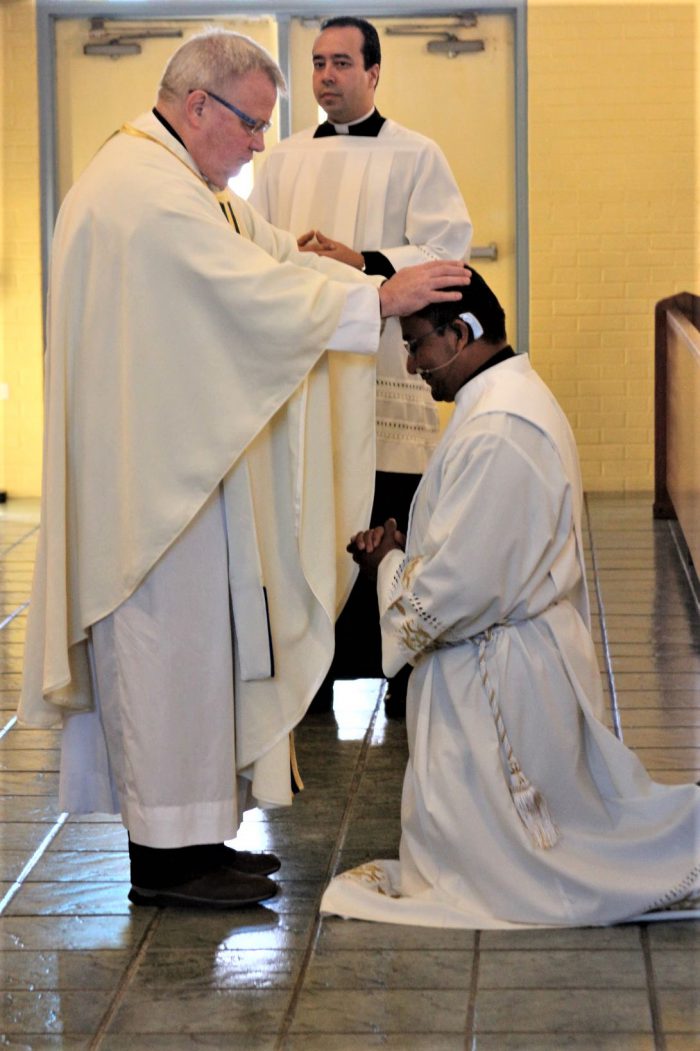 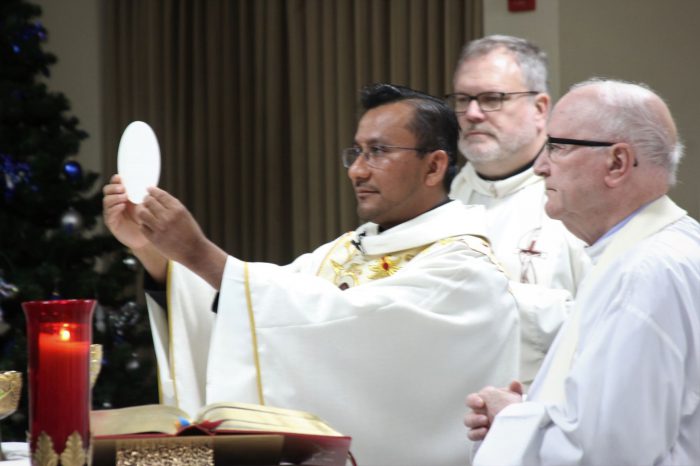