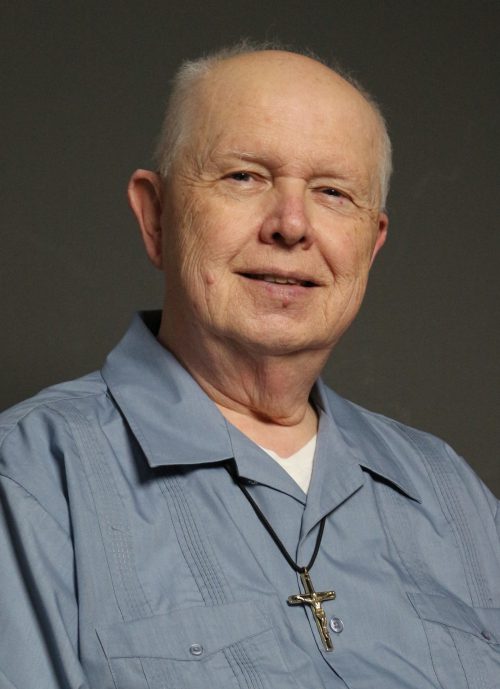 The André Garin Residence in Lowell, MA was, for many years a place for anywhere from 12 to 15 Oblates to live, often when they were near, or in retirement. The four-story building adjacent to the Oblate’s Shrine of St. Joseph the Worker was a place of comfortable chairs, lots of books and magazines, a large TV room, a “family style” dining area, and small, intimate libraries and living room-like lounges where quiet conversations could take place. The Garin also had guest rooms where out-of-town visitors were made welcome and comfortable. The residence had a real “home-like” atmosphere and much of that was due to the commitment and dedication of the long-time director, Brother Charles “Charlie” Gilbert, OMI.

“I saw my job as creating a home for the men who lived there. Often they were older men, – perhaps retired or near retirement and I felt they needed a place that was more than just a place to stay – it should feel like a real home,” said Brother Charlie. He made it so by “listening and being present to them.” He also learned about favorite foods and snacks, made sure that birthdays were celebrated and that holidays like Christmas and Thanksgiving were celebrated in a family atmosphere. Brother Charlie also had skills in cooking and gardening, supplying the house with some fresh tomatoes and spices he cultivated in the rooftop garden in the summertime.

The job of director of this semi-retirement community was a good fit for Brother Charlie: earlier in his career he had earned a certificate in Gerontology while working with elderly members of the deaf community, and after assuming his post at the Garin, he continued to attend workshops and seminars at places like Misericordia University in Pennsylvania. Working with older men, seeing to their needs and comfort was his ministry throughout his long career.

Unfortunately, due to the increasing expense of maintaining the old building, and with an excellent retirement and acute care facility for Oblates nearby, the Province made the difficult decision to close the venerable Garin Residence.  So, in 2019 the residents, along with Brother Charlie made the move to the Immaculate Heart of Mary Residence in Tewksbury. For Brother Charlie it was not an easy move: “I had lived and worked there for 25 years, so it was very much my home too.” But given his own situation, the timing may be fortuitous: “I’m 75 years old, I’m no longer the director, now I’m one of the guys, I had bypass surgery a while back so many things I did 20-30 years ago, I can no longer do. Where I used to help others make these transitions, now I’m making the transition myself.”

While the Garin may be closed, the memory of the warm atmosphere he created is strong enough that it inspired special letters of commendation from the Oblate Superior General as well as the U.S. Provincial. Last December, Brother Charlie was invited to the Shrine of St. Joseph’s Christmas Dinner by director, Fr. Terry O’Connell, OMI. At the end of the dinner 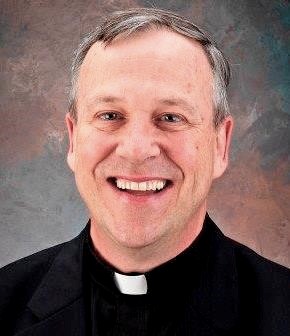 Brother Charlie was surprised when Fr. O’Connell stood up to read the special letter from Superior General Louis Lougen to the gathering:  “It was totally unexpected. I knew him before he became General, he was our Provincial and a good one, it’s very special to receive something like this from someone you know.” 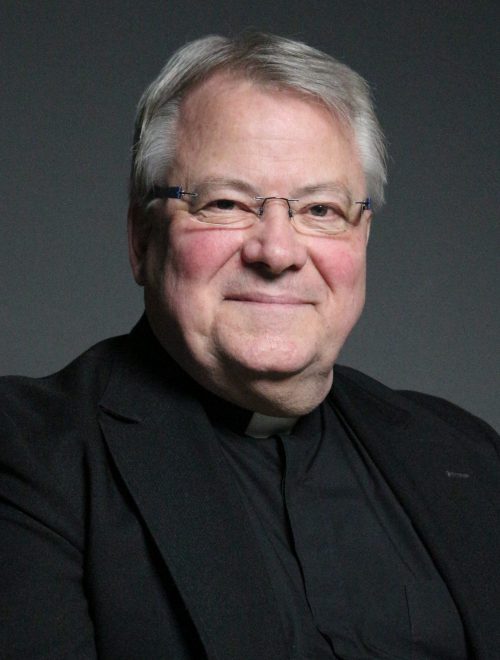 What did the Superior General have to say about Brother Charlie’s work at the Garin? ” You have been a faithful steward of the community and have given the best of yourself as its Superior…I was always struck by your cheerful manner, even when dealing with some difficult situations. You have always been readily available to animate the community, to look after the many details of a practical nature and at the same time, you had an individual approach to each of your brother Oblates as you looked after his needs.”

The U.S. Provincial, Fr. Louis Studer, OMI underscored the General’s statement: “You have served as Superior very compassionately and with great care for the Oblates with whom you have lived and the many you have served.”

Having settled into the Immaculate Heart of Mary Residence with many of the men he served over the years, Brother Charlie appears relaxed as he moves through his own transition into retirement, “As we get older we learn more about ourselves and we have to make appropriate changes – if we can…it’s providential that this move is happening now because with my health issues – my body is telling me that if it were to happen a year from now, I don’t know how I could do it.  So, you just let go and run with it.”