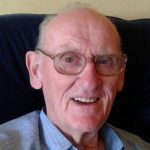 The Oblates of the Province of OMISA are devastated at the death of Fr. Jozef (Jef) HOLLANDERS. Fr Jef seems to have been strangled to death in a robbery at the parish in Bodibe, near Mahikeng in the North West Province on Sunday night, 12 January. A parishioner discovered his body on Monday afternoon. His hands were tied behind his back. Police are intensely committed to the investigation of his murder.

For 55 years, he has been a dedicated and faithful missionary in the Tswana-speaking area, now the North West Province of South Africa. There is much evidence of how close he was to the people and the success of his pioneering pastoral ministry over the years. He enjoyed starting new Christian communities, which became parishes or sub-stations of parishes in what has now become the Diocese of Klerksdorp.

Archbishop Victor Phalana, Bishop of Klerksdorp believes the robbers were misinformed: “Everyone knows he had no money. He served a poor community. He used every penny he ever owned for his people. He gave away everything he had”. 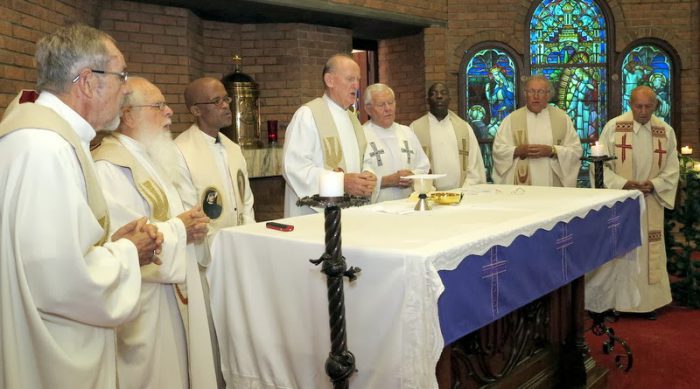 Fr. Jef (at the centre) celebrating his golden jubilee of priesthood, with Fr. Donaat Bohe

He lived a simple life and was a very practical man. Even at the age of 82, he was enthusiastic about the new missionary vision of the OMISA Province as he demonstrated at the recent workshop for Local Superiors – Fr. Jef was the Superior of the Potchefstroom OMI District.

The Province of OMISA extends its condolences to his family in Belgium: his brother, two sisters and their children.

Today the Provincial Fr. Neil FRANK and Bro. Rex HARRISON joined the Oblates in Potchefstroom for a Mass at which we shared our memories of our brother. We were reminded that Jesus died at the hands of others and imagined that Fr Jef, too, would have said, “Forgive them, for they know not what they do”. Our hearts are sore indeed!

Fr Jef’s funeral will be held on Wednesday, 22 January 2020, 10 am at the Cathedral in Klerksdorp.