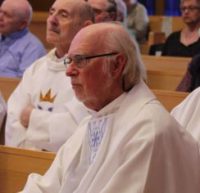 The Missionary Oblate journey of Fr. Paul Hughes, O.M.I. began in the mud.  And for nearly 50 years he has been willing to trudge through the mud to bring the Good News to some of the poorest and desperate people in the world.

Father Paul grew up in Winthrop, Massachusetts near the runway to Boston’s Logan Airport.  When he was about 12 years old, a plane hit a flock of birds and crashed into the mud flats.   When young Paul arrived at the crash site, he saw Missionary Oblates for the first time. 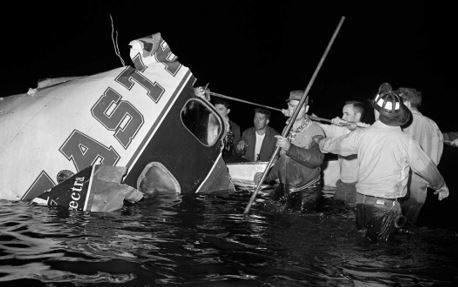 “They were in their bright white cassocks and were climbing through the mud to get to the people to give them last rites,” said Fr. Paul.  “They were filthy, covered with mud, but determined to be with the victims.”

That first observance of the Missionary Oblates made a lasting impact on Fr. Paul.  When he felt called to religious life, he inquired about the Oblates and was drawn to their missionary spirit.  He was eventually ordained an Oblate priest in 1973.

After two years of ministering in Florida, Fr. Paul jumped at the opportunity to become one of the first Oblates to minister in Puerto Rico, and to get his feet dirty.  He spent five years in the country, ministering at parishes and mission chapels that served the poorest of the poor.  He was also introduced to the problems caused by drug lords and cartels, something that would complicate his work for decades.

After Puerto Rico, Fr. Paul spent six years ministering in one of the most infamous drug cities in the world, Cartagena, Colombia.   He arrived to take over a parish of 80,000 people squeezed into a space of just three square miles.  The area was commonly referred to as “the swamp” because it was usually flooded, and mud was everywhere.  It contained virtually no churches or schools and few community amenities.  Father Paul’s predecessor had been shot and killed.

“The area was largely without hope and this is precisely the type of vacuum in which gang culture begins to take control,” said Fr. Paul.  “One of the first tasks was to build a spirit of community among the people.”

In order to build that spirit of community, Fr. Paul decided that he couldn’t be isolated from his parishioners, he needed to experience their poverty firsthand.  In 2000, he gave up his car, and began walking.

“It was liberating to do things in a much simpler way,” said Fr. Paul.  “If you walk with the people, you really get to know them, and know about their struggles.”

A big priority for Fr. Paul and the Oblates was working with young people who were often the victims of crime and violence.  They provided educational services and set up a scholarship program.  The Oblate churches were not just places for worship but also somewhere children could study.  Living conditions slowly improved and “the swamp” started to become a home.  But there was still a lot of mud.

After six years in the swamp, Fr. Paul spent a year assisting the Oblates in China before accepting an assignment in Tijuana, B.C., Mexico.  He was part of a team of Oblates at the massive La Morita mission which provided for the spiritual and physical needs of about 180,000 people living in the mission’s boundaries.

In 2012, Fr. Paul took on a new challenge of ministering in the mountains of Guatemala.  His parish was connected to more than 70 chapels located in some of the most isolated and impoverished parts of the country.  To get to these chapels, Fr. Paul was constantly hiking or riding a horse in order to bring the Sacraments to people living on the fringe of society.  Often he traveled with a mule carrying his Sacramental items and a few personal belongings.  And there was plenty of mud to cross. 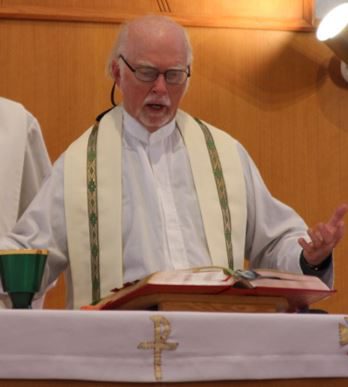 The seven years Fr. Paul spent in Guatemala were very tense because of violence caused by gangs and drug trafficking.  A few years before Fr. Paul arrived in Guatemala, Fr. Larry Rosebaugh, O.M.I. was murdered and other Oblates were injured during a robbery by armed gunmen.

In 2019, Fr. Paul decided to return to the United States to begin a new ministry.  Health issues caused by decades of living in deplorable conditions had begun to take their toil.  Father Paul is currently the Associate Pastor at Immaculate Conception Cathedral in Brownsville, Texas where the Oblates have ministered since 1849.

Father Paul admits that it has taken some time to adjust to the comforts of life in the United States.  He still prefers to keep things simple.  There may not be much mud in Brownsville, but there are still plenty of opportunities for Fr. Paul to help people make their lives better.

Father Paul continues to fulfill the words of Scripture: “He lifted me out of the mud.  He set my feet on a rock, and gave me a firm place to stand.” Psalm 40:2

Fr. Paul appeared in one of our online reflections last week, you may view it by clicking on one of the links: