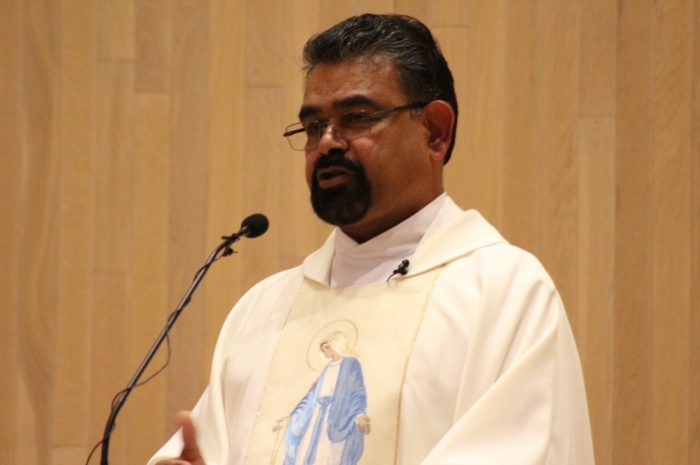 Fr. Lawrence was a guest preacher at the Annual Novena to Our Lady of the Snows at the Shrine dedicated to her in Belleville, IL a few years ago

That is because the Mariasoosai family has produced an astonishing 76 people who became Catholic priests, brothers or sisters.  This bounty of vocations includes Fr. Lawrence Mariasoosai, O.M.I. who is one of 31 priests on the family tree.

“I come from a very special family,” said Fr. Lawrence.  “My relatives joined many different congregations and dioceses, but I am the only one who became a Missionary Oblate.”

Father Lawrence was destined for the priesthood as a child growing up in the Tamil Nadu area of India.  His father was the housekeeper and sacristan for a prominent French missionary priest, and Fr. Lawrence literally grew up in the Church.  As a youngster, he would get up before 6:00 a.m. to serve Mass. 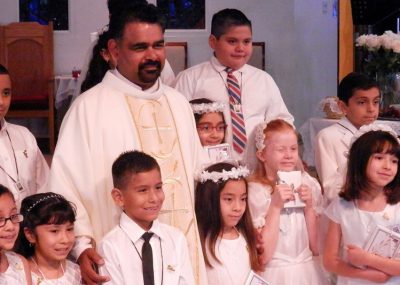 When Fr. Lawrence formally accepted the call to religious life, he took a different path than his relatives.  He knew about the work of the Oblates among the poor in India and throughout the world, and he felt drawn to becoming a missionary priest.

Father Lawrence was ordained in 1997 and his first assignment was as an associate pastor at a parish in the megacity of Bangalore.  After a year there, he returned to Tamil Nadu where he was the first pastor of St. Francis Xavier Parish.  He also started a school for young people in the community.

In 2003, Fr. Lawrence received a new assignment that would take him halfway around the world, to southern Illinois.  He spent a few months as the chaplain at Meredith Home, a retirement community in Belleville, Illinois.  After adjusting to life in the United States, he was assigned as Pastor of Our Lady of Lourdes Parish in Sparta, Illinois.

Sparta, a town of about 4,000 people in rural Illinois, may seem like an odd place to assign a priest from India.  But Fr. Lawrence said he felt right at home during his eight years at Our Lady of Lourdes Parish.

“It was definitely a different location, but the ministry was still the same in Illinois as India, to help people deepen their faith,” said Fr. Lawrence. 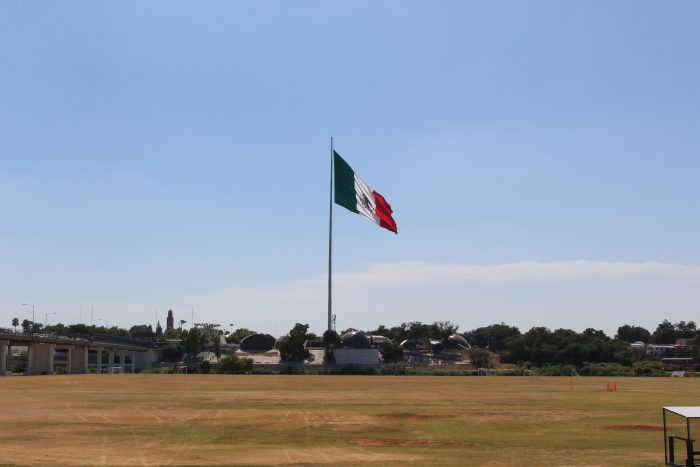 Father Lawrence’s next assignment involved another cultural shift – Texas.   He spent a year at Our Lady of Guadalupe Parish in Midland and then in 2013 he became Pastor of Sacred Heart Parish in Eagle Pass, Texas where he currently ministers.

Sacred Heart is located just a few blocks from the Mexico border.  Parishioners are about 90-percent Hispanic so Fr. Lawrence had to learn Spanish.  All of the Masses at Sacred Heart are in Spanish except for one English Mass on Sunday.

Being so close to the border, Eagle Pass has seen an increase in the number of migrants coming to the area to escape violence in their homelands.  Father Lawrence and his parishioners provide shelter, food and other necessities to some of the migrants.  They follow the commandment of the founder of the Oblates, St. Eugene De Mazenod, to “treat people as human beings, first of all.” 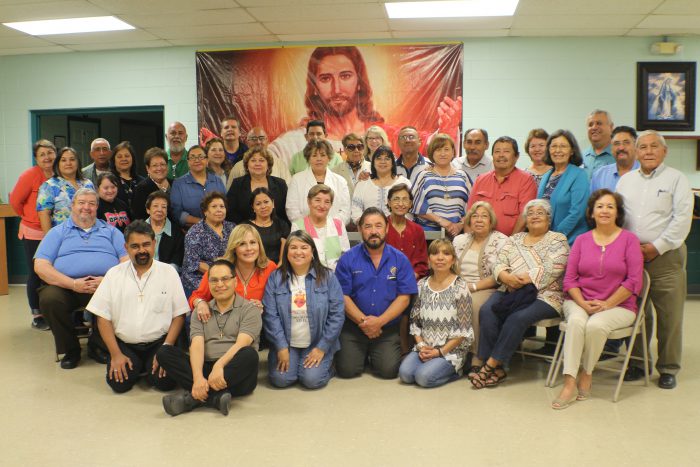 Fr. Lawrence kneels in the lower left of this group photo taken during an Associates Retreat in Eagle Pass

During the past several years, Fr. Lawrence has been active in promoting the Oblate Associates program in his parish.  Oblate Associates are lay people who share their gifts and special talents for the benefit of others, guided by the charism of the Missionary Oblates.  Recently 40 new Oblate Associates made a one-year commitment at Sacred Heart Parish.

“Oblate Associates is not just another group to join, it is a way of life,” said Fr. Lawrence. “They are a blessing to me and to the parish.” 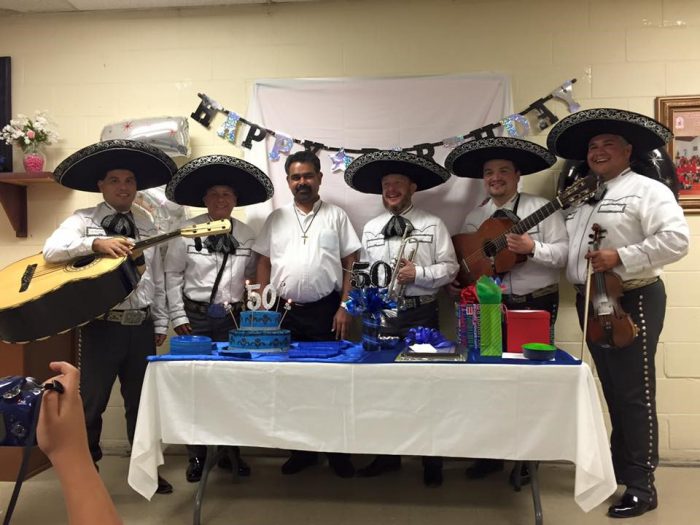 Today, Fr. Lawrence takes great pride in being able to plant seeds of faith to allow the Good News to bloom in the lives of his parishioners.  He is proud to be growing the Oblate family in southern Texas.  And he is also proud of continuing a family legacy of growing the Catholic Church, by helping others discover their religious life.