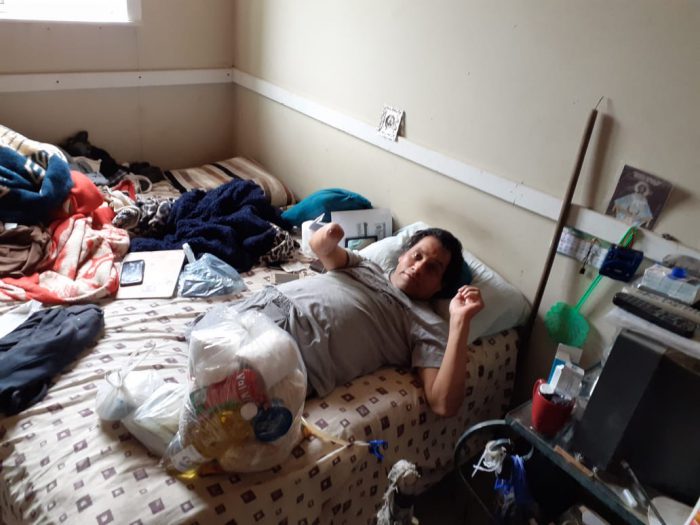 First, a few personal observations: One of our young English students works at a factory that makes needed supplies and is still working, despite many other factories closing. She mentioned that she was sick two weeks ago with flu

like symptoms, including fever and tiredness, but worked the whole time. She said many other people at the factory had displayed similar symptoms. Factories that have closed are required to pay employees 75% wages for one extra month. Could these two scenarios mean that the other shoe has not dropped yet (one medical the other economic)? The weather is warming with a week or more of sun forecast, so maybe that will help.

However, of concern also, are the factories that remain open and subject their employees to the possibility of getting the virus. One reads of relatively high death rates within particular factories due to the virus, although some factories restrict who can work based on age and health. 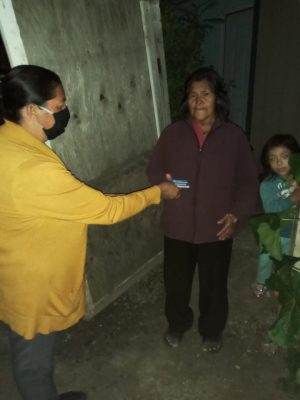 Our despensas (care packages) program has ramped up even further. An anonymous donor channeled some grocery gift cards our way, which we immediately began distributing. The donor promises more as needed, so we are carefully documenting our distribution program for him/her to review. We are giving cards to some to migrants, orphanages, the HIV clinic, workers’ families, many of our regular families and some to new visitors. If we receive an additional allotment, we will distribute more through our social ministers at each chapel.

One of the blessings of having more despensas to distribute is that we have visited more families and have become aware of more that have special needs. Since our youth social ministry has had a focus in this area, we were glad to befriend them. 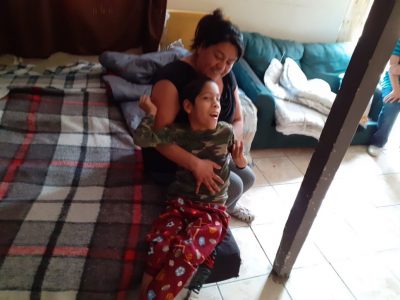 A group called Maximum Impact visited a few months ago and toured many of our needy families’ homes. They have a heart to help as many as possible. They have the idea that buying foam floor tiles that puzzle together might be a good alternative to concrete, especially where it is difficult to get concrete to the location. We are gearing up to trial this idea. In another case, they wanted to build an additional room for a family with eleven children, who lost their mother last year. With the older children now in their later teens, a little more space is most needed. So, we poured concrete using a crew of 8 youths, the father of the children, and our contractor. The oldest daughter made cervíche for everyone, which was quite a treat and hungrily devoured. We got started on the framing this week.

The three oldest of the children had started working before the corona virus hit. Two were working at Copel, a department store which additionally helps the youth workers to continue their education with scholarship funds. They have been laid off, but not before 2 of them completed high school. Also, in the picture are two of the Central American migrants helping out with mixing concrete and toting it up a bank to pour the floor. 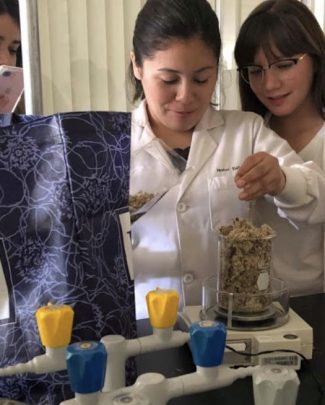 On the left is Bahena Santoya Isabel de Rocío, who is studying to be a doctor, thanks to her donors Jim & Elizabeth Hanink. She says she is passionate about studying medicine because of how amazed she is with the human body. She points out the current irony that to want to be a doctor is to want to save lives. But now the doctors who are working with corona virus cases are asked to risk their lives. Bahena is in the middle in this picture.