There are extensive properties owned by religious communities
that are still in a relatively undisturbed state,
where wildlife is often abundant, where human predation is
limited, where the primordial impress of the divine can still be
felt, and where a sense of the sacred is available.

Preservation of such lands
is one of the great urgencies of the moment.
There is profound need of the human soul
for contact with natural processes.

These regions where wildflowers grow
and where birds nest
have become infinitely valuable as
places more needed than ever
by the human spirit.
Such regions might be thought of as
shrines where the pristine impress
of the divine can still be experienced

To lose these lands to development would be an irreparable loss.
–Thomas Berry in “The Christian Future and the Fate of the Earth”

I hope you were able to spend some time contemplating the preceding short paragraphs concerning properties owned by religious communities from the writings of Thomas Berry. It would be helpful if you could again read his words just now…

Which of his phrases stood out for you? Do any particular lands come to mind?

Thomas Berry’s perceptions were certainly stretched by the goodness of land. A poignant childhood experience of land continued to influence Thomas well into his adulthood (1). I can imagine Thomas as a Passionist priest being able to “think” (as he put it) on land belonging to his religious community as well as lands owned by other congregations. He was especially fond of a huge oak tree on the land of the Riverdale Center for Religious Research overlooking the Hudson River. 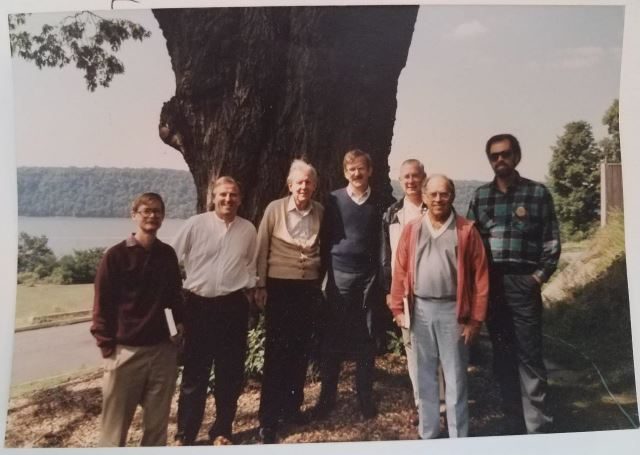 In 1961, the Oblates of Mary Immaculate inherited significant land: part of the historic Kenedy Ranch in deep south Texas. For 12 years this land was used as a novitiate for Oblate seminarians. In 1973, this became home of Lebh Shomea House of Prayer. 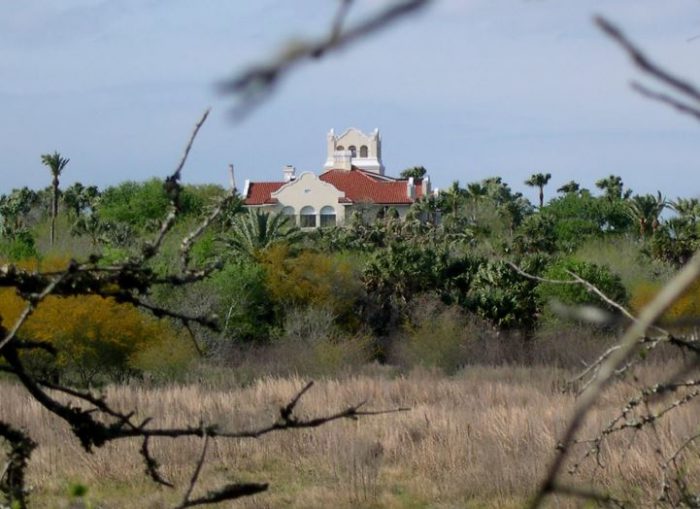 The “footprint” of the buildings of Lebh Shomea is relatively small…even with a century-old main building called the “Big House”.

“wildlife is often abundant, human predation is limited, the primordial impress of the divine can still be felt, and a sense of the sacred is available.” 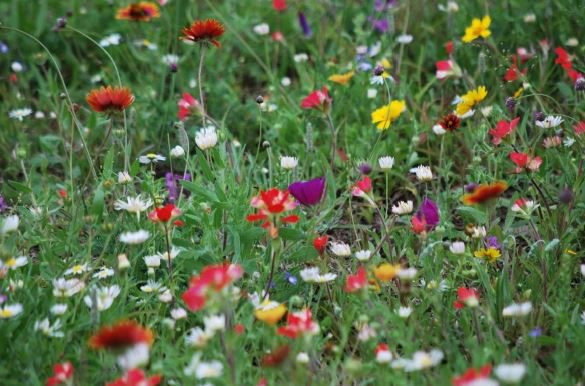 This Oblate land also provides critical habitat to many migrating species! Check out this beauty we see nesting here every Spring: Altamira Oriole. 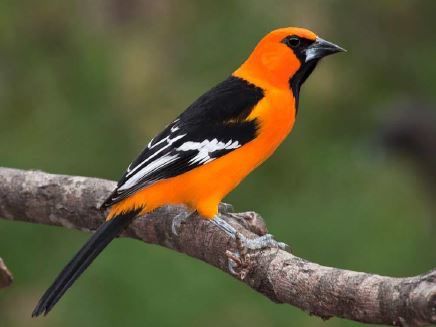 Here are two stories of natural processes (Thomas’ words) that we have been blessed in our time to experience on this Oblate land in south Texas:

–The first was a November mass-migration of Monarch Butterflies! We were out for a walk on a very chilly late afternoon, just before sunset. The winds were calm, and the skies were a fading blue….and the temperature was dropping. Seeming from nowhere thousands of Monarchs appeared just above us! They were coming from the north and fluttering to the south. They descended by the scores right here at Lebh Shomea and alit on the circle of palm trees just in front of the Big House. Clustered for warmth underneath the palm branches, they spent the night. Early the next morning, the temperatures were just above freezing, and these clusters of monarchs were still bound together until the rising sun touched them and then…they were off– continuing to fly south to their wintering habitat in Mexico. We were awestruck by this “natural process”! 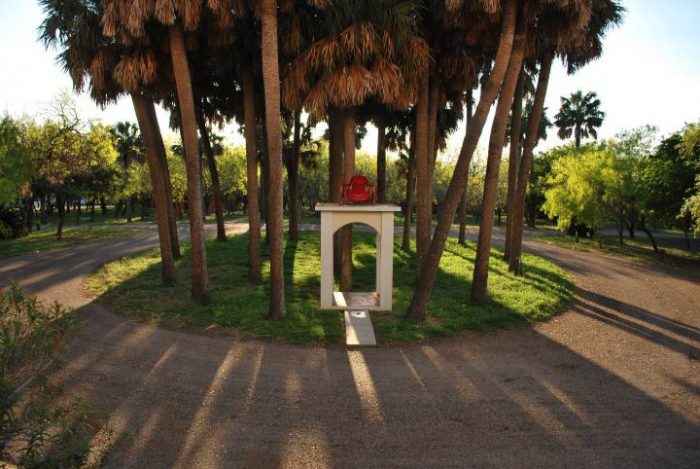 “Because all creatures are connected, each must be cherished with love & respect, for all of us as living creatures are dependent on one another.”

–Just last week (Easter week) we had several days of gusty north winds. One late afternoon, I looked out our south facing window to see another amazing vision: a springtime migration of hundreds of Hawks (what type I am not sure of). I raced outside and was awed by such an enormous gathering of these lovely birds of prey soaring past each other to and fro. Do animals actually enjoy themselves and the company of others? These hawks certainly appeared to be doing just that! For the next 30 minutes or so even more hawks kept coming from the south making their way north. I have heard of hawk migrations, but in my 57 years, this spectacular sight was a first! Gawking at hawks! 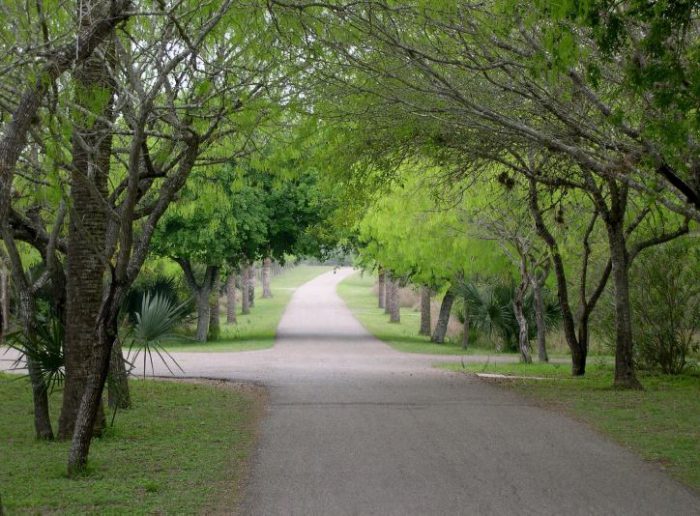 “I have set before you life and death… choose life, then, that you and your descendants may live.”
-Deuteronomy 30:19

Why do encounters with “natural processes” matter? Why are religious lands vital at this time?

By and large we western humans live within a “human” world. We don’t perceive ourselves to be related to (nor inextricably bound up with) the natural world. We delude ourselves at our own peril. However, in this delusion we also imperil other-than-human species: to the extent that this planet is currently undergoing a great extinction spasm brought on by our hubris (3).

Thomas Berry is prophetic when he writes “there is profound need of the human soul for contact with natural processes”. I believe Thomas is challenging our deficient western perception with this statement: in our depths, we are not fully human unless we have contact with Earth.

St. Eugene De Mazenod (founder of the Missionary Oblates of Mary Immaculate) focused first on helping his brothers and sisters achieve their humanity. Only then could there be work on one’s Christianity and saintliness.

As many religious communities are shrinking in terms of numbers, a concentrated effort at re-evaluating mission and ministry comes about…

–What if religious-held lands themselves were to be seen as both mission and ministry to an impoverished human worldview? –What if these lands were “thought of as shrines” and what could they reveal? –How might modern-day humans find healing and hope on such lands by directly encountering natural processes?

Lands owned by religious communities are indeed “places more needed than ever by the human spirit”. These spaces provide critical habitat for countless creatures. They are also vital for us all to grow into an ecological spirituality.

Let religious communities respond to the signs of our ecological times and preserve their lands where a “pristine impress of the divine can still be experienced”. 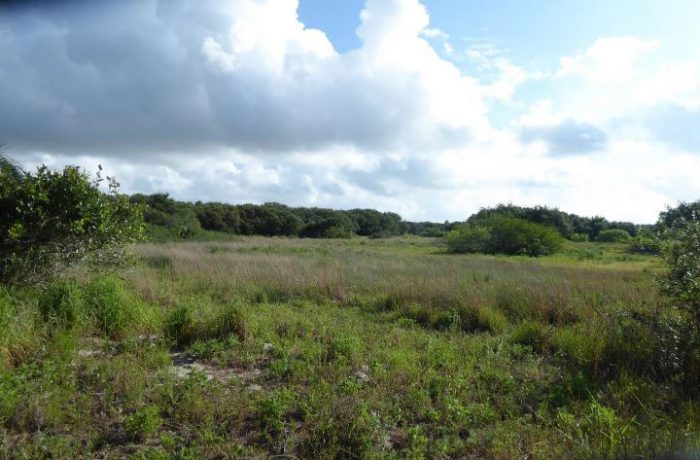 (1) Thomas’ revelatory childhood experience of the meadow across the creek: http://thomasberry.org/publications-and-media/the-meadow-across-the-creek

(2) Check out this striking bird you’ve likely not yet been blessed to see: https://www.audubon.org/field-guide/bird/altamira-oriole

(3) Heard of the “6th great extinction event”? We are in the midst of it: https://www.youtube.com/watch?v=z9gHuAwxwAs

Author Maurice Lange and his wife Regina serve as Director and Administrator (respectively) of Lebh Shomea House of Prayer. www.lebhshomea.org 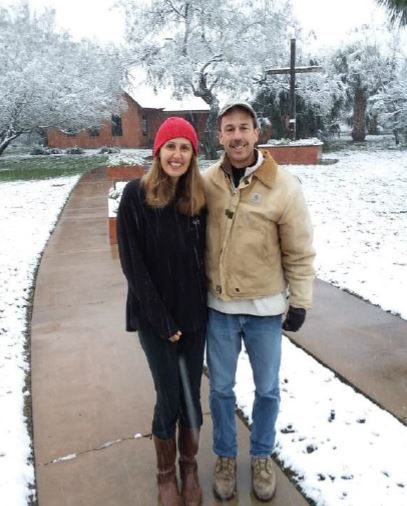 All photos (except where noted) were taken at
Lebh Shomea House of Prayer by Jim Brobst, OMI (r.) 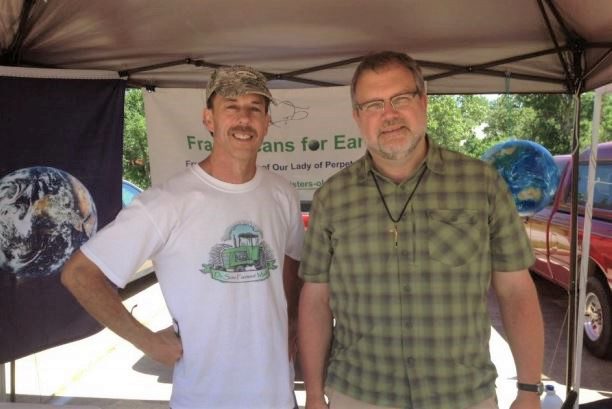 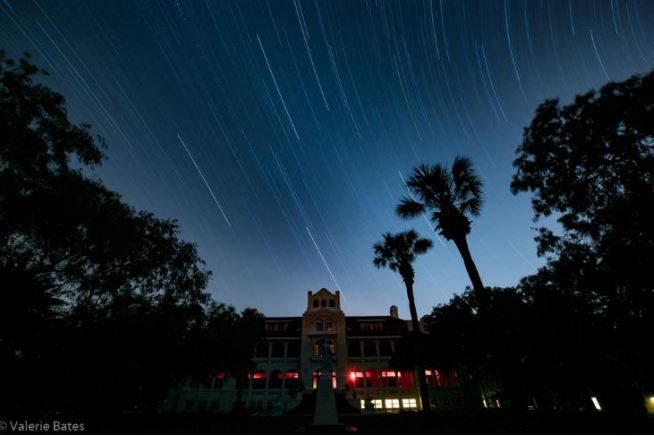 Visit Lebh Shomea House of Prayer at www.lebhshomea.org
(photo of the “Big House Amidst Star Trails” courtesy of Valerie Bates)