(Editor’s Note: Fr. Larry Rosebaugh, OMI was killed during a robbery eleven years ago this week. This copyrighted article appeared in NCR a few weeks later and with their kind permission, we are re-posting it here in remembrance of a remarkable Oblate Priest and missionary) 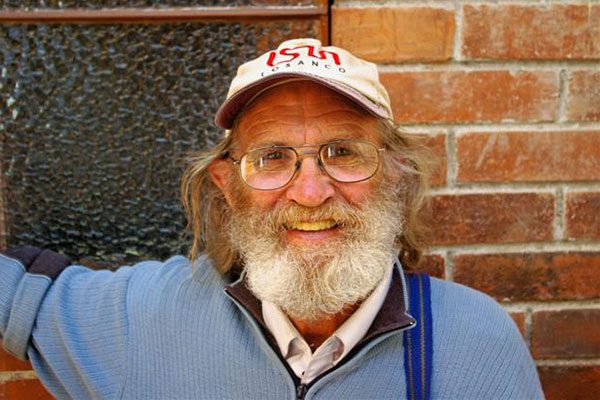 He was 74 years old, legendary in the peace movement for his anti-war actions, and for his decades of service to the poor of Latin America. And last week, in Guatamela, during a gangland-style robbery, Fr. Larry Rosebaugh was shot and killed.His death shocks us into recognizing once again the world’s unacceptable, rampant violence and rank poverty. But his life instructs us on how to serve Christ embodied in the poor and persecuted. Larry lived a most Christ-like life, which calls for gratitude and honor, as well as emulation. His life and death invites us beyond our liberal Catholicism, mainstream Christianity, and all-American normalcy to radical Gospel-based discipleship.News reports say that two masked men brandished weapons and stopped Larry’s car. Inside were four other priests, all Missionary Oblates of Mary Immaculate, on their way to a regional meeting. The gunmen robbed them of cash and cell phones, and then opened fire. A priest from the Congo suffered serious wounds; Larry died then and there.I behold the scene and feel overwhelmed. How to reconcile that one so dedicated to nonviolence should suffer such brutality? But then Larry expended his life in solidarity with those who suffer violence. Even, as it happened, to the point of death. He served the poor throughout the Americas, resisted war, suffered imprisonments — and throughout, he carried himself humbly, quietly and prayerfully. His faithfulness and demeanor invite us to take a step forward on the way of the cross, a narrow path rarely heard about any more.His faithfulness stretched over many decades. Inspired by Dorothy Day, Larry joined the Milwaukee Catholic Workers in the mid-1960s. This work led to his participation in the 1968 Milwaukee Fourteen action, when his group burned 10,000 selective service files with homemade napalm. For that, he spent two hard years in prison.In 1975, he hitchhiked to Brazil to serve the poor under the leadership of Dom Helder Camara. One day police arrested him as he distributed food in Recife, and in prison guards beat him and threatened to kill him. Had it not been for international pressure, he might have vanished, as had so many others who stood up for the rights of the poor.

They released him finally, just as Rosalyn Carter toured South America. She agreed to meet him, and he told her about the atrocious lack of human rights in Brazil.

As the ’80s dawned, his resistance took on new dimensions. In 1981, he protested at the Pantex nuclear weapons facility in Amarillo, Texas, and for that spent a year in prison. There he received a visit from Bishop Leroy Matthiesen — 2009’s winner of the Pax Christi Teacher of Peace award — and shortly afterwards the bishop called upon all Catholics who work on nuclear weapons to quit their jobs. He would raise funds, he promised, to support families as they searched for employment elsewhere.