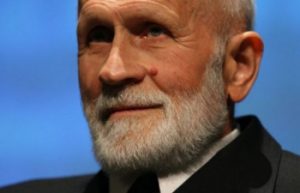 On March 20, 1995, Hryniewicz was the featured speaker at Oblate College, Washington DC, to open the Oblate Center for Mission Studies. Due to his friendship with Fr. George McLean, O.M.I., Hryniewicz had agreed to speak about developments between the Roman Catholic Church and the Eastern Orthodox Churches.

I’ll never forget the scene as prelates from Eastern Churches in union with Rome, and those from Orthodoxy, all garbed in their ceremonial robes, filled the room. Father John Hotchkin and Brother Jeff Gros, F.S.C, both leading ecumenists in the Roman Catholic Church, attended.

As our province’s Ministry of Mission, Unity and Dialogue developed, Hryniewicz explained the importance of such events as the Russian Orthodox Patriarch and the Presiding Roman Catholic Archbishop of Poland signing an agreement (click here for the two previous posted accounts).

As early as 1969, Gueguen was alerting Oblates to the growth of the ecumenical community of Taize and its importance for youth, by an article in the Oblate journal Missions. In this short, four page article, Gueguen described how he was invited by the Brothers of Taize to welcome the young and not so young retreatants who came to Taize during the summer of 1966 and 1967. 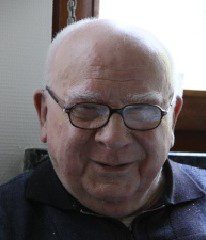 During the Oblate General chapter of 1972, Gueguen brought Brother Max Thurian, the co-founder and theologian of Taize, to the chapter. On the evening of May 19, Thurian spoke with a large number of delegates, alternating between
French and English.

Many Oblates who made the DeMazenod Experience in Aix, France, visited Taize, France. Gueguen was responsible in large part for this possibility.

In France, Gueguen is more famous for his ministry with Madeleine Delbrel (for this, see the Home Page and Family Laity Page of Mission-Unity-Dialogue website, www.harrywinter.org).

An Oblate Reflection on Russian-Polish Reconciliation  (2012)