By Mike Viola, Photos by Will Shaw 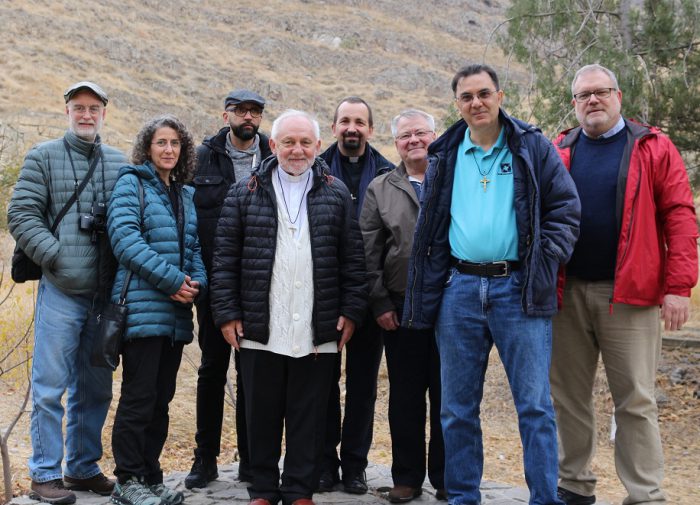 Last year Lisa Scaglione and her husband, Paul Thacker, visited the Missionary Oblates’ missions in Turkmenistan. For the couple it was like taking a trip back in time nearly 2,000 years.

“When we saw the Oblates ministering in Turkmenistan we felt we were looking back to the earliest days of the Church,” said Lisa.  “We were seeing the face of Christ being shown to people for the very first time.”

Lisa and Paul have been benefactors of the Oblates’ work in Turkmenistan since 2016.  They became co-missionaries with the Oblates by accident.

Lisa was surfing the internet looking for information about Catholic missions in the former Soviet Union.  Lisa lived in the region for a few years after earning a B.A. in Russian Language and Literature and an M.A. in Russian and Eastern European Studies.  When she came across a story about the three Oblate priests working in Turkmenistan, Lisa knew that she and her husband had to get involved with that mission. 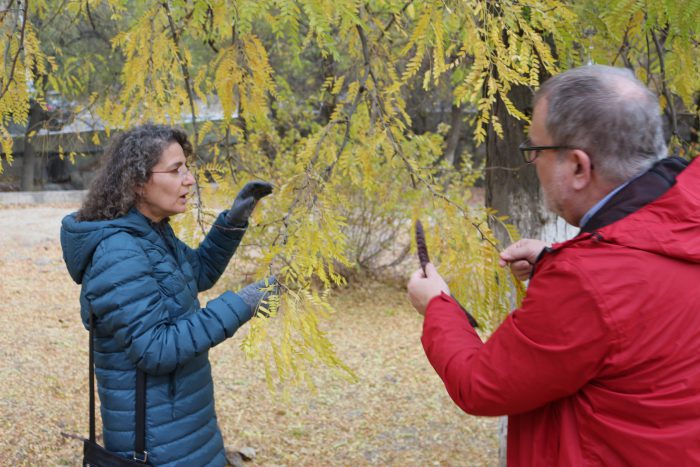 On a trip to the countryside, Lisa Scaglione and Fr. James Brobst took an interest in the local trees and vegetation

Lisa said she was particularly struck by a portion of the article that talked about a Muslim woman who converted to Christianity and was baptized by the Oblates.  The woman said she never knew that there was a loving God before she met the Oblates.

Lisa and Paul, who own an equestrian facility and a photography studio outside of Portland, Oregon began supporting the Turkmenistan mission after reading the article.  When they learned members of the Oblates’ U.S. leadership team were traveling to Turkmenistan, they jumped at the opportunity to see firsthand the mission that had become so close to their hearts.

Both Lisa and Paul said their trip to Turkmenistan strengthened their faith and confirmed for them the value of the Oblate mission which is bringing the Word of God to some of the most spiritually-neglected people in the world.

“The Church is a missionary church and Pope Francis promotes that the Church must go out to the peripheries,” said Lisa.  “And you can really see that happening with the Oblates and their work in Turkmenistan.”

For Paul, spending time in Turkmenistan was an eye-opening experience of what life is like on the periphery of society.  He could see and experience the struggles of living on the edge, and discover how faith can have a profound impact on the lives of the poor and needy.

“The faith of the Oblate priests is what impressed me most of all.  It is not just theoretical, but a very real faith that is alive in bringing the Gospel message in all its fullness to each person that they meet,’ said Paul.  “In Turkmenistan I discovered the unfiltered love of God.”