The Oblates in Poland held their main celebration of the 100th anniversary of the Oblate presence on their soil, Saturday, June 6, 2020, in Poznań. The first place of the Oblates’ ministry in Poland was the Marian shrine in Piekary Śląskie, but they did not have a monastery at that time, and the missionaries themselves were officially part of the German Province. Hence, the first house of the Polish Province is considered to be the foundation in Krotoszyn, Wielkopolska, and, since then, we can speak about the constitution of a new Province. 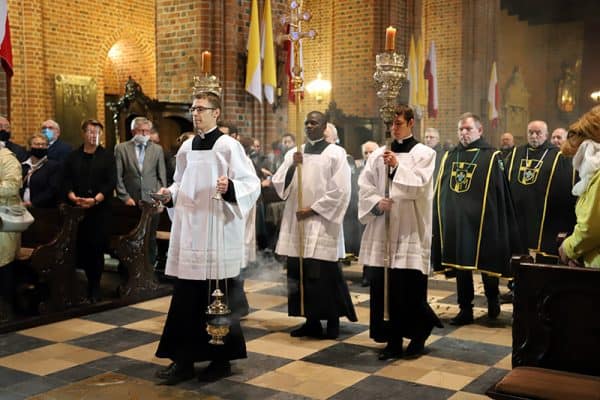 Since the Provincial House is located in Poznań, the Poznan Cathedral was chosen as the place for the main ceremony. The Solemn Holy Mass was presided over by the Metropolitan of Poznań and the President of the Polish Episcopate, Archbishop Stanisław Gądecki. Also present were two other bishops: Jan Kopiec (bishop of Gliwice) and Szymon Stułkowski (auxiliary bishop of Poznań). The Eucharist was attended by many Oblates headed by the Provincial, Fr. Paweł ZAJĄC, invited guests, and friends of the Oblates, including the representation by the Knights of John Paul II. 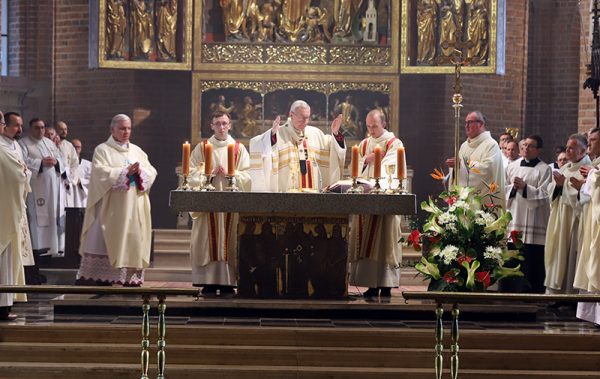 In his homily, Archbishop Gądecki recalled the most important moments in the history of Polish Oblates, concluding that “without Oblates, the Church in Poland and around the world would be much poorer”. On behalf of the entire Polish episcopate, he expressed gratitude for the service of Oblate missionaries, particularly emphasizing the above-average pastoral involvement in the Archdiocese of Poznań.

The Polish Province has been preparing for the 100th anniversary for the past three years. In 2017, the Year of the Holy Cross, these began, during which the reliquary with parts of the Holy Cross (which is located in the oldest Polish National Shrine under the care of the Oblate Missionaries) was taken in pilgrimage to Oblate communities and parishes. The pilgrimage was preceded by a solemn act of entrusting the Polish Province to Our Lady of Jasna Góra – the Queen of Poland. 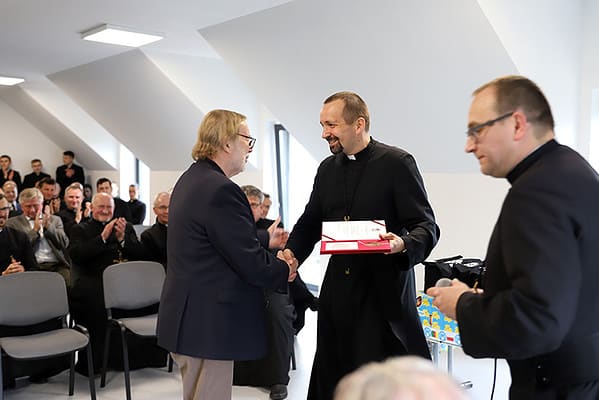 The preparations continued with the Year of Our Lady of Kodeń, also combined with a pilgrimage, this time a copy of the image of Queen Podlasie from Kodnia, a Shrine on the border with Belarus, where Oblate Missionaries have been present since 1927. Annually, several hundred thousand Poles make pilgrimages here.

The current jubilee year is lived out as the Year of Mission in which we want to stimulate our missionary awareness further and direct our steps with courage to the most abandoned and those who, for various reasons, have the least contact with the Church.