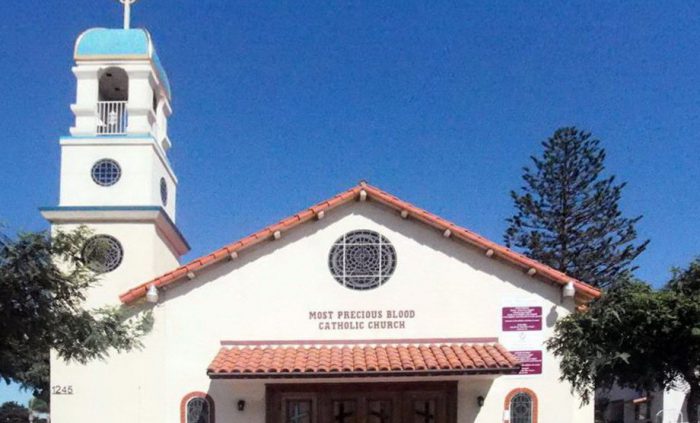 On July 1, 2020, three Oblates moved into the rectory of Most Precious Blood Parish in Chula Vista, California, after an OMI absence of over six years. Coming to minister in this parish which is about a mile from the Pacific Ocean and where one can see the lights of Tijuana, Mexico, at night are the pastor, Fr. Tom Rush, OMI , and his Associate Fr. Victor Patricio, OMI, as well as “priest in residence,” Fr. Jim Allen, OMI. 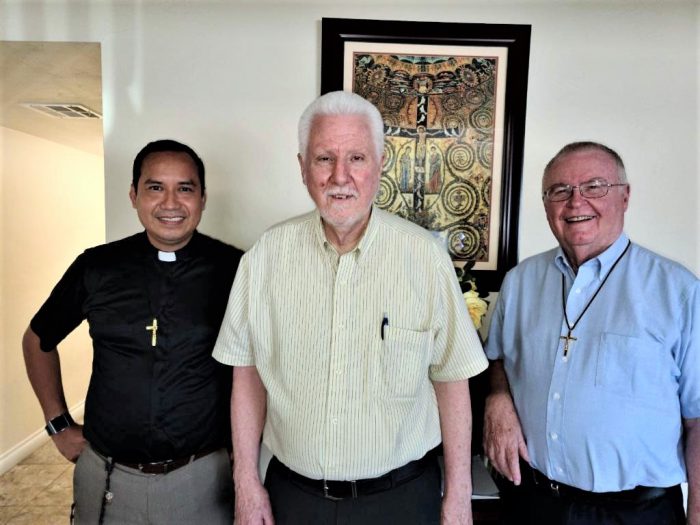 We Oblates are being greeted by many smiling and happy eyes; full smiles are hidden behind masks because of the pandemic. But the expressions of joy at the Oblates’ return have been many and heartfelt.

In early 2014, the Oblates had left the parish in the hands of priests of the Diocese of San Diego. But the present US Province administration felt that it would be a good contribution to the ministry of the diocese if we were to take up service there once again. We are hoping it will be a good opportunity for fraternal exchange with the six Oblates ministering just across the border at the prenovitiate in Tijuana and the huge parish on the outskirts of the city. Furthermore, a faithful group of Oblate Associates has kept the OMI charism alive, even when the Oblates were no longer in charge of the parish. 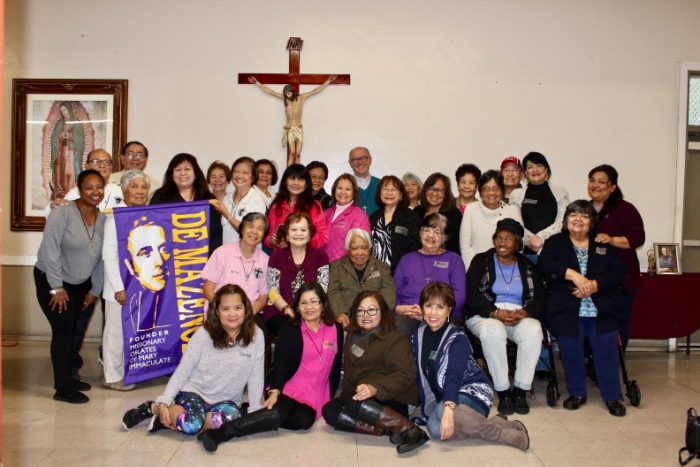 Founded in 1957 in this city of over 277,000, the parish was served by two other Oblate pastors, Fr. Frank Wagner (1993-2006) and Fr. Paul Nourie (2006-2014), as well as a number of other Oblates who served either as associates or resided there while engaged in other ministry (vocation directors, chaplains).

While weekend Masses began again in June after the long pandemic shutdown, the governor of California pronounced another shutdown of inside worship services as of July 15. But outdoor Masses are allowed; therefore, as the weekend of July 19, Masses will be celebrated in the parking lot in front of the parish hall (2 in English and one in Spanish). More masses may be added, depending on the turnout. 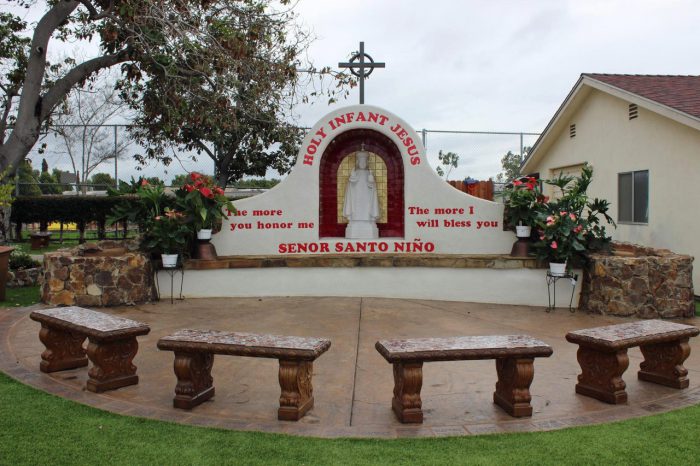 There is a palpable air of faith and devotion in this parish, with a constant stream of people praying at a new outdoor shrine in honor of the Santo Niño and a Fatima shrine.