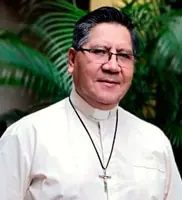 It has been several months since the country has come to a standstill.  This atmosphere has revealed many realities and problems of economic, social and political natures.

Bolivia had already experienced several problems at the end of last year when the fraudulent elections were annulled. By October, 2019, the country had come to a standstill, generating many economic losses. In fact, at the end of 2019, the public external debt was US$11,267.6 million, the highest in history, representing 27.1% of the Gross Domestic Product (GDP), a percentage that is still among the lowest in the region according to the Central Bank of Bolivia (BCB). Now with the pandemic, it brought a total paralysis of economic life.

The most worrying thing is that, in Bolivia, the formal employee represents only 20% of the population and, therefore, the rest live from the informal market, that is to say, they live on daily wages. The young professionals take at least a year to get a decent job.  As a consequence of this reality, thousands of families found themselves in a very precarious situation, without having anything to live on. The urban unemployment rate in Bolivia rose from 5.71 percent to 7.34 percent according to the latest report from the National Institute of Statistics (INE).

Many called for a break in the quarantine, with the intention of generating income and reactivating the economy. The government tried to alleviate the situation by issuing three types of bonds, which benefited the most vulnerable families. The bonds are estimated to be worth between 3 and 3.5 billion Boliviano (US$ 431 to 500 million), which went directly to the homes, to the families, and that did something to alleviate the issue of the economy in the country.

The pandemic entered Bolivia in February and settled down slowly and steadily.  The latest report, dated August 15, 2020, puts the number of deaths at 4,000 (3,939) and the number of people recovered at 35,000 (34,723). Most of those infected are treated at home. The main victims were the doctors, nurses and hospital staff, who had to face the evil with minimal protection.

The transitional government, headed by President Jeanine Añez, managed to stabilize the country after the sad days of October 2019, but parliament is trying to corner it because an opposition, led by the previous government was 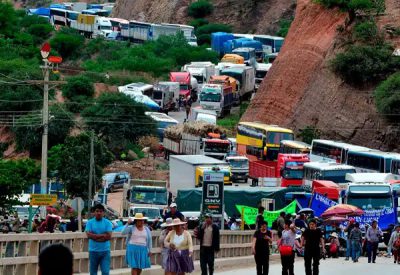 reactivated. Using various strategies, they are in a mood to attempt a blatant sedition.

Normally, the national elections should have been held on May 3, but, due to the pandemic, they were postponed until September 6.  Lately this date was changed because the growth of the curve is alarming and Bolivia has not yet reached its peak, so the date was postponed again to October 18.

In this context, education has become the most pressing issue, since the ministry passed a law to provide virtual and distance classes. The only thing it has revealed is the great difference or the gap that exists among the people of the country. While the urban areas enjoy easy access to the internet, the rural areas often have no access to  internet nor mobile phones. The central government announced the closure of the 2020 school year at the end of July in the country, due to the pandemic, and also due to the lack of facilities to provide virtual education to the entire nation.

Faced with all this reality, the Church also had to come up with changes, since all the churches were kept under closed doors. Web pages and online networks were opened to allow the faithful to participate in Masses, celebrations and prayers.

As missionary Oblates, we also used different methods to interact with our parish communities. In all the marginal sectors, the missionaries joined hands with their respective communities to help families with food, soup kitchens and health care, in order to assist many of the people affected by this pandemic.