The Oblates here in Tijuana have restarted their “inclusive education” program, formerly known as our school for children with special needs.  The school shut down in concurrence with COVID 19 mandates.  In keeping with safe practices, the students now come on different days (half on Monday/Wednesday and half on Tuesday/Thursday).  Class sizes are limited to three students, with two teachers per class. There is a total of 25 students divided into four groups per day. 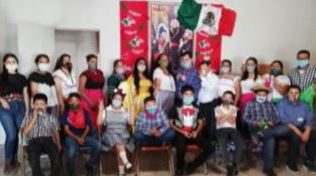 During the COVID break, the teachers wanted to reach out to their students.  But some of them did not have computers, and those that did, did not want to use them in lieu of their children who were attending school virtually.  Some tried using the computers at the youth center to develop lesson plans and send to their students, but their students either did not have a computer or were not capable of distance learning.

So, the teachers and administrators used the time to develop a more robust curriculum.  An occupational component that includes handicrafts and cooking activities was added.  This is designed to help the students become more independent in their daily activities.  A second new area involves sports and physical therapy.  The school is fortunate to have a recent graduate of our scholarship program come once a week to help develop this class and personalize activities based on each students’ capabilities.  These programs are slowly garnering the materials needed for the new curriculum.  The school also offers language therapy for the students and psychological services to the families.

Since restarting, the students celebrated Mexican Independence Day with the mothers of the children providing pozole, tamales, mole, tacos, tostadas, flutes, sopes and more.  Each student chose his/her own food and shared with their friends. 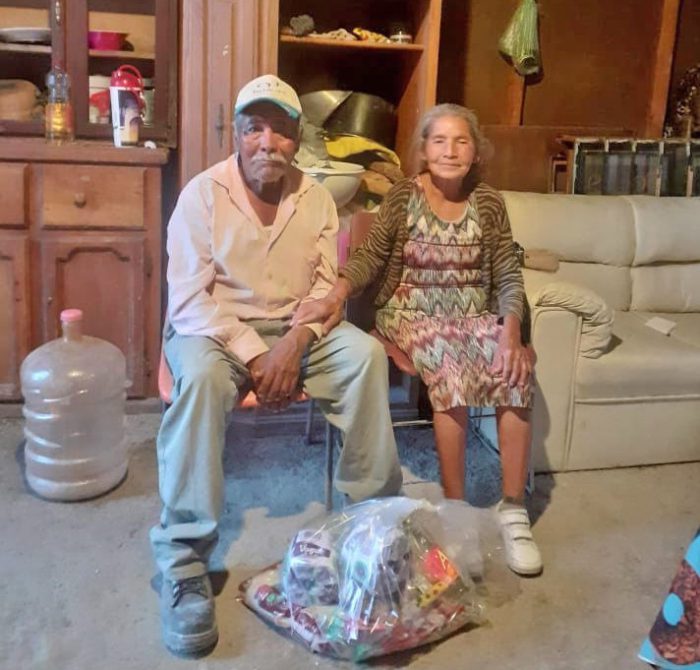 A common phenomenon here in Tijuana is to invade property that has unclear ownership.  Once this status is known, people will start settling on the property.  Usually there is someone that has discovered the state of the land and sets up lots and sells them.

Marcelino and his wife Micaela are 82 and 72 respectively, and after each being widowed, married 16 years ago.  They had been renting for some time, paying $1000 pesos a month, and trying to get by selling candies, nuts, and other food stuffs on the street, since they have no retirement income.  Finally, they saved the 20,000 pesos ($1000 USD) it costs to buy a lot in one of these invasion areas.

Unfortunately, the previous owner of the lot eventually came and claimed he still owned the lot.  They had no documentation, and not being able to read, were intimidated by his documents. They left crying.  After praying, they sought the help of neighbors.  These neighbors banded together, called in the police, and were able to get them back on their lot.  However, the previous owner came and destroyed their house one night. Marcelino and Micaela sat there four days with no shelter and no food, afraid to leave their property.  Finally, the neighbors rallied behind them again and brought them some wood from their own houses to rebuild.  That was two years ago.

A neighbor that we visit asked us to start visiting them. Now we frequently bring them food and water just to help make ends meet.  Recently, they started pushing an ice cream cart, since selling other things has not been working out.  These carts are heavy and pushing them on inclines is tough work.  They are delightful to visit.  They are one of those cases where the longer you live together the more you look and act like each other, sweet.

Recently a US group put on a food giveaway in Antorcha, which is another poor part of our parish.  The event was coordinated through our adult social ministry program.  Some of the locals, seeing the event, approached with questions about where they could receive help with other issues such as medical treatment.  One woman asked if we could come to her house and pray over her son.  We did and met Jose. 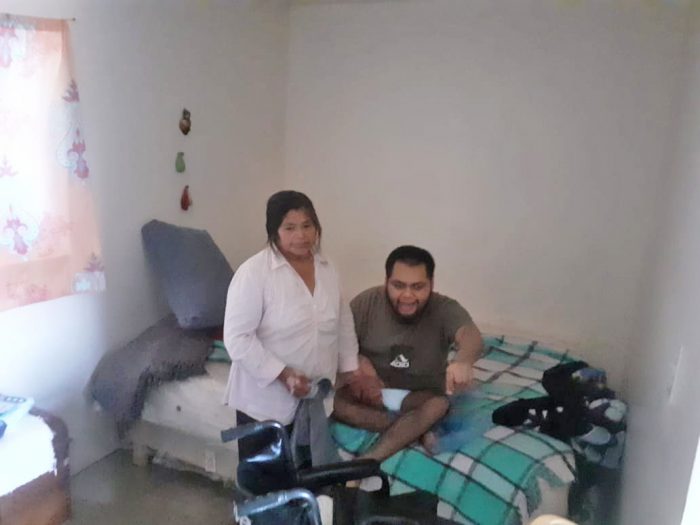 Jose with his mother

Jose is 23 year old boy who is mentally and physically disabled, not being able to say more than a few words and pretty much confined to bed.  He lives with his mom, who is 66.  Ten years ago they migrated to Antorcha from Acapulco, Mexico because the father had died, and they though to could get by better in Tijuana.  But life has not been much better for them.  The mother did have a job earning $25 dollars a week working for a family, but that ended a year ago.

The mother does everything for Jose.  The two sisters offer to help, but the mother refuses saying they each have their own problems and they do.  One daughter has cancer.  The other daughter has an 8 year old girl with leukemia and needs blood, so getting blood donors is a constant problem.

We now visit the family bringing some food and diapers.  But the mother looks so tired and discouraged.  With tears she asks us why God is doing this to her.  Her most important need to feel the love of God.