At the invitation of the superior of the Guatemalan Delegation, Fr. Vincent Louwagie, OMI, and I traveled to Guatemala to preach the annual retreat for the delegation’s Oblates scheduled for October 5-9, 2020. The international airport in Guatemala City recently re-opened for travel after being closed due to COVID-19 restrictions.

The adventure began before taking off for the mission trip. The airline made me aware that Guatemala requires a negative COVID-19 test before being allowed to travel. The test could not be more than 72 hours old on the day of travel. I went to my local drugstore, got tested, and received the results on the same day. Went to the airport, and the test was not accepted to fly. The gate agent informed me that the COVID test required was the kind sent to a lab for testing, the PCR test.

I had to improvise and come up with a different plan for the retreat. I took the required test on the same day that I was sent back from the airport and hoped for the best.

Knowing that the test results would take a few days, I contacted Fr. Louwagie, and we came up with a solution. On the first evening of the retreat, I did the first conference by Zoom, and it worked well. I then recorded the second and third talk on video so that the Oblates could watch them while I traveled, and that worked out well. I arrived on the second day of the retreat in the evening; for the rest of the week the conferences were live and in person.

The conferences were based on Pope Francis’ exhortation letter GAUDETE ET EXSULTATE:

ON THE CALL TO HOLINESS IN TODAY’S WORLD. The Oblates in Guatemala are involved in excellent missionary work that requires lots of travel and pastoral work. In some areas of the delegation, Oblates must speak various local languages to minister to their people. The retreat’s focus was to invite the Oblate Missionaries to see their extensive pastoral work as a source of holiness and a channel of sanctification.

The retreat was attended by thirteen Oblates, including three senior Oblates that serve as wisdom figures for the delegation’s younger members. 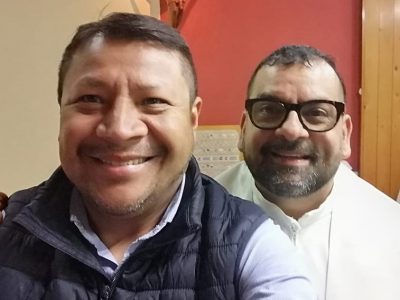 Because of COVID-19, I did not get an opportunity to travel and visit the missions. Still, I did get ample time to hear of the mission experience from my brother Oblates. I also got an opportunity to reunite with Fr. Felix Garcia, OMI, who recently ended his term as novice master for the delegation. Felix was my classmate in the pre-novitiate in Tijuana, Mexico over 20 years ago. Even though the mission trip was brief, in those eight days that I spent in Guatemala, I felt the energy of the younger Guatemalan Oblates. I honored the great work of the three older Oblates that have spent many years in the missions. I felt connected to the legacy of the great American Oblate Fr. Larry Rosebaugh, OMI, who was killed in Guatemala in 2009. I hope to return soon to Guatemala and visit the missions. Until then, we will connect through our daily meditative prayer that our founder, St. Eugene de Mazenod, gave us and called Oraison. 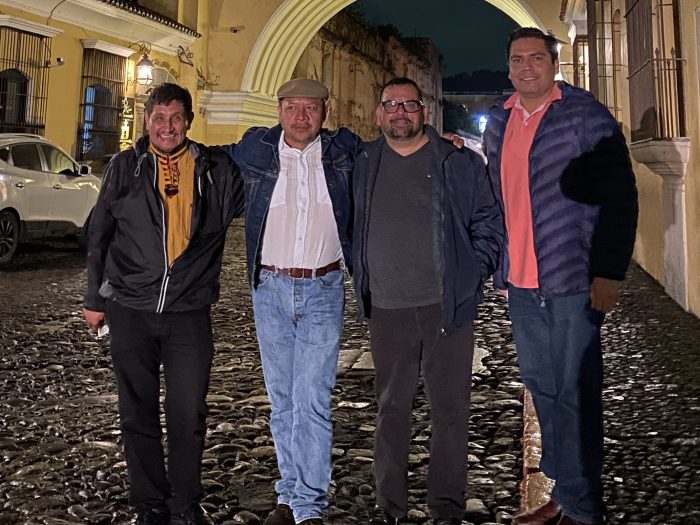