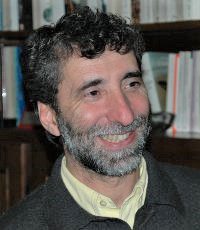 I was in my second year of mission in Senegal.

It was the day before the canonization of Saint Eugene of Mazenod (Aix-en-Provence 1782-1861 Marseille), Founder of the Congregation of Missionary Oblates of Mary Immaculate. And God gave us another rain, albeit out of season. The next day, December 3, 1995, before getting out of bed, I entrust to the Lord the desire to live this holy day with Saint Eugene and in union with all the Oblates of the world.

Everything necessary for the Holy Mass is ready, the Citroën C15 seems to be in excellent shape, ready for take-off towards Ndiémane. With me and the icon of Saint Eugene, there are two other young people. After two kilometers, here is a surprise: mud and puddles. The C15 loses stability and starts to skid, often ending up off the track: it was like ice skating!

The wheels are covered with mud, there is a risk of getting stuck. The C15 is out of breath, the red light comes on, and soon even the engine turns off. A quick glance, and I pass the first gear, but the wheels skate; the two young people push a little: nothing happening! I was going to get out of my hinges, I almost wanted to give up the sequel, and then I thought, “Today is your feast, Saint Eugene, and ours too, so give us a hand!” Another last effort and here is the C15 all happy on the track.

Once in Ndiémane, the catechist, before even saying hello, looks with astonishment at the state of the C15 and exclaims: “It was hard, but Saint Eugene helped you!” After an hour of confessions, we begin the Eucharistic celebration; on the wall of the chapel, the icon of Saint Eugene looks at us and assists us. We celebrate this Mass in union with the Pope and with all the Oblates of the world, even though we are here in the middle of the bush. 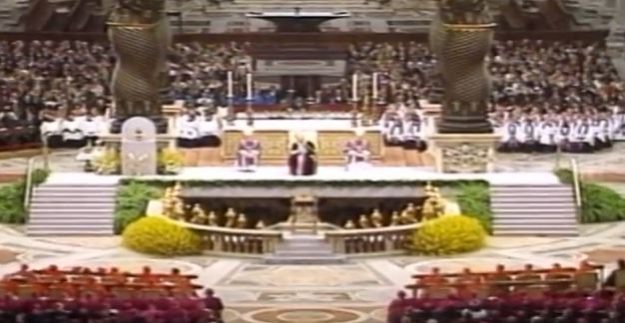 My thoughts, for a moment, flew to Rome, I imagined St. Peter’s Basilica, all dressed for the feast, full of people of all different languages and colors, a sign of the universality of the Church and our religious family. Before my eyes, there was neither the Bernini’s “Gloria” nor the choir of the Sistine Chapel and no longer the clouds scented with incense. As an Oblate, I was the only one, but I felt united with all the Oblates who celebrated the same sacrifice, in memory of Saint Eugene.

The cathedral… of Ndiémane is decadent, with cracks in the walls and under the tin roof-often the nocturnal shelter of bats- but whatever, we are called on a mission among the poor: and all this is a great gift from God. In every corner of the earth, where there are oblates, we speak today of Saint Eugene, and who knows in how many languages! I find myself speaking in French, but while celebrating Mass in the serer language.

At the end of the Mass, some faithful want to embrace the icon of Saint Eugene. We are ready now with the suitcases full of those items necessary for Mass and the remaining consecrated hosts to bring them back to Nguéniene, and a young man shows up with a hen and his nine chicks. This time our ‘Noah’s Ark’ sails back to Nguéniène with a change of course: in search of asphalt. We find fewer difficulties, but we skate them well. It is not only the Paris-Dakar, but also the Nguéniène-Ndiémane, and vice versa!

Leaving the asphalt, we take the long 15 km laterite track which, along the way, offers us a free cloud of suffocating red dust. After barely 400 meters of track, we hear something like a gunshot and the C15 loses its head! We stop to see what has happened: punctured inner tube and burst tyre. My Kodak watch indicated 12:45 p.m., and my colleagues were waiting for me at 1 p.m.!

With young people, we do everything to replace the wheel, but first we have to empty everything we put inside the car: the suitcases for the Mass, the consecrated hosts, the icon of Saint Eugene, … The hen and its nine chicks! We can finally retrieve the spare wheel and replace it. After the bitter loss of a tube and a tyre, we put Noah’s Ark back on track and fill it up with red dust, always free of charge. Once in Nguéniène, the colleagues as soon as they see the car say to me: “But where did you go?” The safari had been interesting, but it was over!

In the evening, before falling asleep, I thanked the Lord:

Thank you, Lord, for giving us a Saint.

Thank you, Saint Eugene, for founding our congregation.

Thank you, Mary Immaculate, for calling me in this family.

It was my first day with Saint Eugene and my heart was as big as the world.