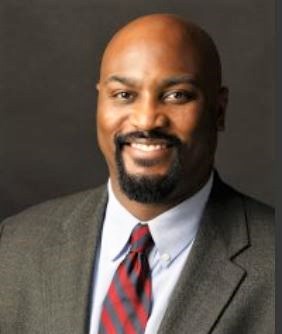 In his talk, Floyd-Thomas critically engages how Texas has dealt with the COVID-19 pandemic as a case study for understanding the larger theological and ideological schisms within the contemporary American body politic exposed by the multiple crises that arose in 2020. While specifically addressing the controversial and contentious debates surrounding the fervor to “re-open” the US society and economy in the wake of a global public health crisis, Floyd-Thomas focuses on how the Lone Star State’s deep divisions between its libertarian and progressive traditions serves as a localized proxy for the nation’s ongoing culture wars as framed by the manic frenzy to “re-open America.” By analyzing the multiple overlapping racial, political, economic, and moral injustices at the root of the “re-opening” movement not only in the state but nationwide, Floyd-Thomas offers an assessment of the multilayered fight against the uses and abuses of extraordinary sociopolitical power to define and ultimately dominate Black people’s lives. In contradistinction to such social dynamics, Floyd-Thomas brings forth the powerful voices and viewpoints of an often-overlooked Black radical tradition in order to suggest a call for the structural revitalization and spiritual renewal of American society vis-a-vis a rich, robust reimagining of American democracy as a vital space for considering the role of progressive politics, public theology, and prophetic witness in today’s troubled world. 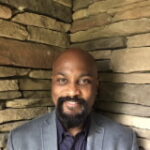 Juan M. Floyd-Thomas Ph.D. is Associate Professor of African American Religious History at  Vanderbilt University’s Divinity School and Graduate Department of Religion. In his teaching and research interests as a religious historian, Prof. Floyd-Thomas emphasizes: the intersection of race, ethnicity, and religious pluralism in modern American society; the study of new / alternative religious movements; interdisciplinary approaches to the academic study of religious thought, especially philosophical, cultural, political, economic, and social scientific theories and methods for analyzing the intersections of popular culture and religion; the varieties of African American religious experience. In addition to having written numerous journal articles and book chapters, he is author of The Origins of Black Humanism: Reverend Ethelred Brown and the Unitarian Church (2008) and Liberating Black Church History: Making It Plain(2014) as well as co-author of Black Church Studies: An Introduction(2007) and The Altars Where We Worship: The Religious Significance of Popular Culture in the United States(2016). Most recently, Floyd-Thomas co-edited Religion in the Age of Obamawith Anthony B. Pinn (2018). His research has been funded by fellowships and grants from the Louisville Institute, the Wabash Center for Teaching and Learning in Theology and Religion, and most recently the Robert Penn Warren Center for Humanities at Vanderbilt University. Holding the B.A. from Rutgers College, the M.A. from Temple University and Ph.D. from the University of Pennsylvania, he has lectured widely both nationally and internationally as well as working as worked as consultant for theological institutions, foundations, and publishing houses. Currently, he serves as the Executive Director of the Society for the Study of Race, Ethnicity, and Religion (SRER), a co-founder and Executive Committee member of the Black Religious Scholars Group (BRSG), and an Associate Editor for the American Academy of Religion’s Reading Religion website.