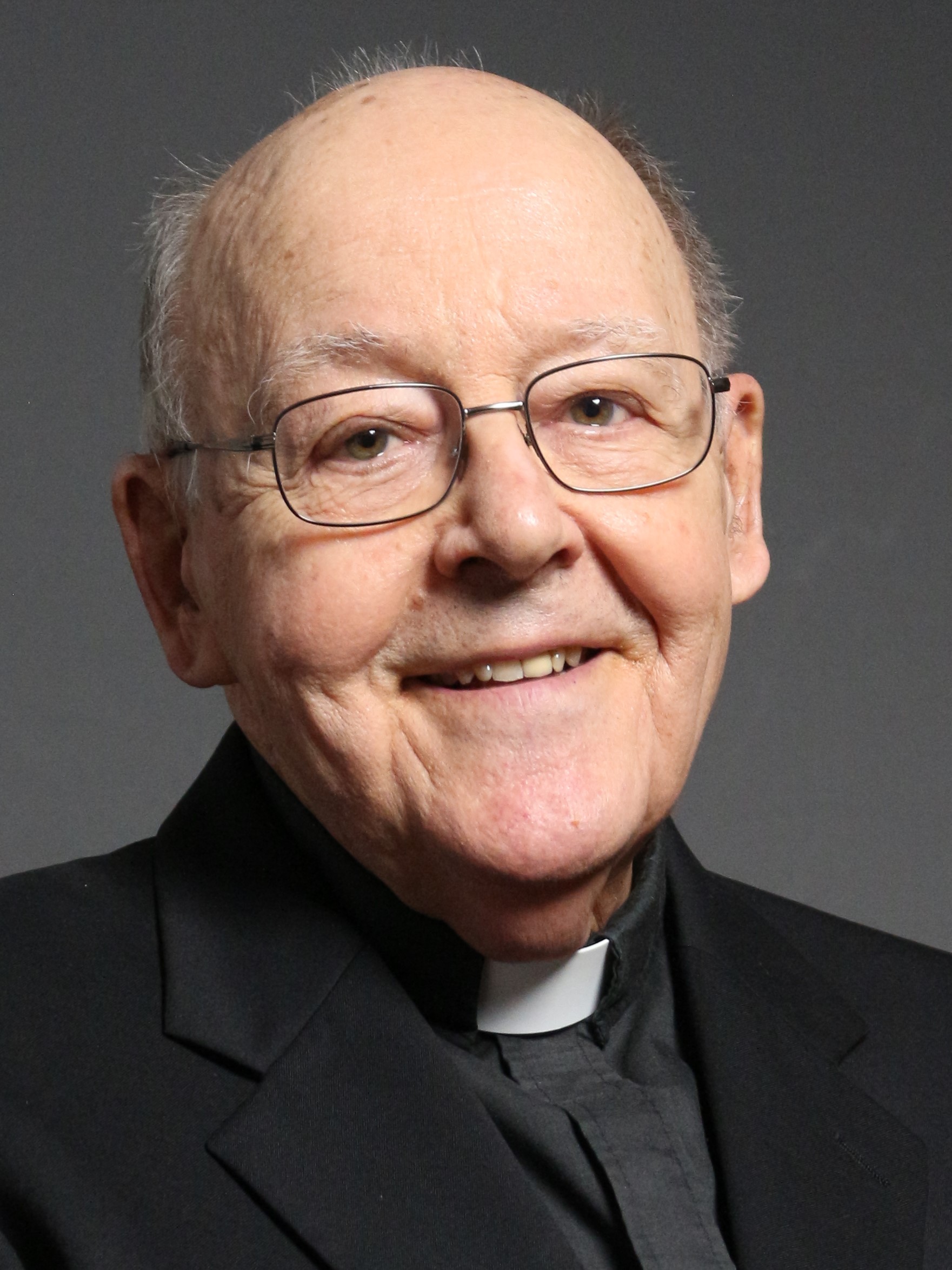 It’s been said that a good sense of humor is an essential part of being a priest. If that’s true, Oblate Father Gil Boucher must be a very good one. When he wasn’t compiling Gospel stories for his homilies, he was compiling witty definitions which he published in two books: “Fr. Gloat Gleanings” Book 1 and Book 2.

Fr. Boucher gives credit to Father Alphonse Breault, OMI, a “preacher of parish missions with a wide-spread reputation as a healer. ..as an inspiration to gather stories, one-liners and jokes of every kind.”

Below is a sample of his work, hopefully it will lighten up your day.

AMEN: The only part of a prayer that everyone knows.

BULLETIN: 1. Parish information, read only during the homily/sermon. 2. Your receipt for attending Mass.

CHOIR: A group of people whose singing allows the rest of the congregation to lip-sync.

HOLY WATER: A liquid whose chemical formula is H2OLY.

RECESSIONAL HYYM: The last song at Mass, often sung a little more quietly, since most of the people have already left.

JESUITS: An order of priests known for their ability to found colleges with good basketball teams.

JUSTICE: When kids have kids of their own.

KYRIE ELEISON: The only Greek words that most Catholics can recognize besides gyros and baklava.

MAGI: The most famous trio to attend a baby shower.

MANGER: 1. Where Mary gave birth to Jesus because Joseph wasn’t covered by an HMO. 2. The Bible’s way of showing us that holiday travel has always been rough.

PROCESSION: The ceremonial formation at the beginning of Mass, consisting of altar servers, the celebrant, and late parishioners looking for seats.

RECESSIONAL: The ceremonial procession at the conclusion of Mass–led by parishioners trying to beat the crowd to the parking lot.

RELICS: People who have been going to Mass for so long, they actually know when to sit, kneel and stand.

TEN COMMANDMENTS: The most important Top Ten list not given by David Letterman.

USHERS: The only people in the parish who don’t know the seating capacity of a pew.