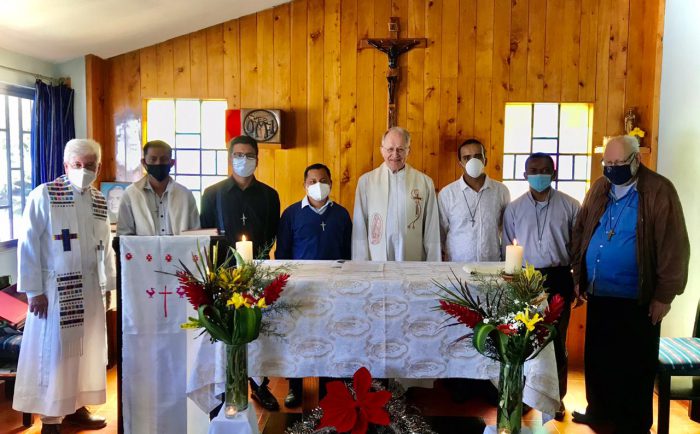 Floriberto González Castañeda began his Novitiate on January 17, 2021, at the Oblate Novitiate in Guatemala. Floriberto, better known as “Beto”, is 34 years old, and was born in Alacatlatzala in the southern Mexican state of Guerrero. He is the second oldest of 8 children. His father is a teacher and his mother works at home.

When Beto was 20 years old he moved to New York City where he lived and worked for 10 years. He participated in the local Ascension parish in Manhattan where our very own Fr. Daniel LeBlanc, OMI, resides and assists. Beto met Daniel and discovered that he was a Missionary Oblate and all of this awakened in him a deeper calling to religious life.

Fr. LeBlanc got to know Floriberto well, “Floriberto received the sacrament of confirmation here. He then became a lector and soon the head of the young adult group in the parish, all the while working as we all do.

I saw in Floriberto a young man for who prayer was an important part of his life. He always had a special predilection for helping the poor and just generally was a happy and hopeful young man. And, he had huge support, prayerful support on the párt of his confirmation godmother.

The parishioners at Ascension pray for him every single day at Mass as do I,” said Fr. LeBlanc.

From New York City he moved to our Prenovitiate in Tijuana where he spent four years and obtained his licentiate in philosophy. He now begins his Novitiate in Guatemala, postponed from August, 2020, because of the pandemic. He was able to spend one semester at the Mexican scholasticate in Mexico City while waiting on the opening of the Novitiate. Since he entered the Prenovitiate in Tijuana, he has shown a love for the Oblate charism, community life, prayer, service among the poor and his studies. We wish this newest U.S. Province Novice every blessing! 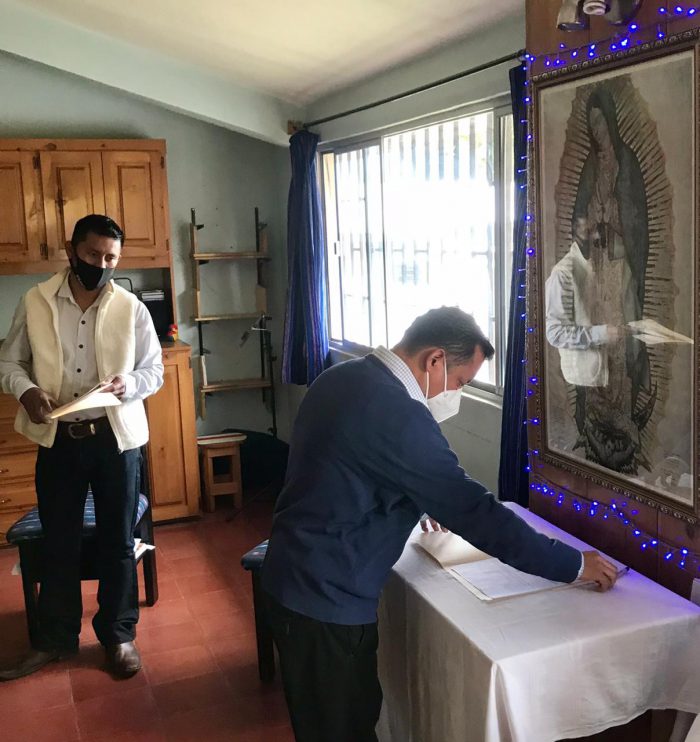 The formation team in Guatemala includes Fr. Martin Lacki, OMI, of the Mexican Province who is originally from Poland, and Fr. Alberto Montiel, OMI, a native of Argentina who is assistant Novice Master. Also attending this opening ceremony was the superior of the Guatemala Delegation, Fr. Vicente Louwagie, OMI, and Fr. Gerard Kapustka, OMI, a veteran missionary in Guatemala, originally from the U.S.