In December of 2020, construction on a replacement pipeline began in Northern Minnesota in spite of protests from environmentalists and Native American groups whose land is crossed by the pipeline. A description of the pipeline was found on the Minnesota Government website:

“According to the owner, Enbridge Energy, Limited Partnership, the purpose of the Line 3 Pipeline Replacement Project is to replace the Minnesota portion of the existing Line 3 pipeline (built in the 1960s)  to: 1) address known integrity risks, 2) reduce apportionment due to decreased transport capacity related to integrity issues, and 3) restore flexibility to the Enbridge Mainline System for more efficient operation. The new Line 3 pipeline would have an annual average capacity of 760,000 barrels per day and would serve the same markets and transport the same products as the existing Line 3 pipeline. 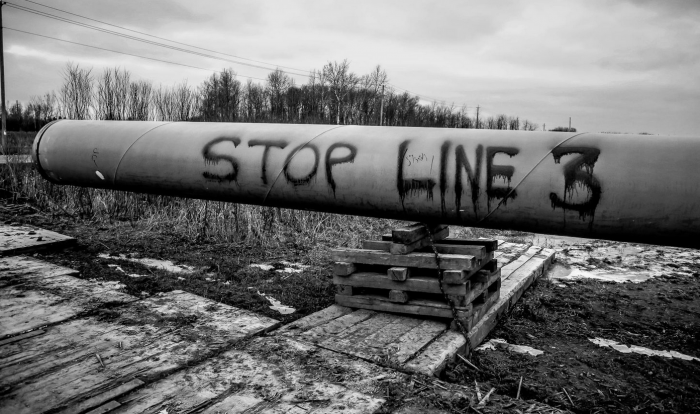 Operationally, the new Line 3 pipeline would continue to transport crude from Canada to the Enbridge terminal facility in Clearbrook for subsequent delivery to Minnesota refineries via interconnected pipeline facilities operated by Minnesota Pipeline Company, and would deliver crude oil to the Superior Wisconsin terminal for subsequent delivery on the Enbridge Mainline System to refineries in the Midwest, Eastern Canada, and the Gulf Coast.”

Much of what will be transported through the pipeline is not conventional crude oil, but tar sands. Oil sands or tar sands are sand and rock materials which contain crude bitumen, a thick and viscous liquid like molasses. The end product of oil sands is conventional oil; however, the process to extract it is much more expensive and environmentally harmful as compared to other methods, such as oil rigs.

A recent article on the project by Winona LaDuke, which appeared in The Nation and has been re-printed in NCR https://www.ncronline.org/news/earthbeat/stopping-last-tar-sands-pipeline-will-take-all-us came to the attention of the Oblate Director of the Justice, Peace and Integrity of Creation Office, Fr. Séamus Finn, who contacted Fr. John Cox, OMI, Mission Director in Waubun, MN, who works extensively with the Native American community in the area impacted by this project.  Fr. Séamus was seeking an opinion from someone with first-hand knowledge of this politically-charged situation.

According to Fr. Finn, “I forwarded the email and the article referenced in it to John Cox to get his read on the situation and his response is below. I really appreciated the way John took time to not only share his thoughts on the pipeline but also to tie it together with his experiences in overtown in Miami 25 years ago. A nice historical connection with OMI ministries over the years and his own personal reflection.

FYI: “The OIP (Oblate Investment Trust), which is sponsored to manage financial assets for Oblate institutions and other religious congregations and institutions, excludes investments in oil that comes from Tar Sands under its commitment to address climate change and the call of the Vatican that a transition to alternative energy sources and products should be a priority.”

“My feelings about Line 3 are shaped by my experience of serving in Overtown, Miami for nearly 10 years.  That city’s railroading of the I-95 expressway through the historic, lively Black community destroyed it.

I’ve lived now in the upper Midwest for nearly the same amount of time.  I love the prairies, woods, lakes, rivers and wild life throughout this region.  So much nature and beauty!  As I-95 in Miami, Line 3 is a project of white men with investment capital.  They don’t want in their back yard.  They are railroading it through Indian Country.  Leaks in existing pipelines and in portions of Line 3 that have been constructed contaminate water and soil, endanger wildlife, and threaten the growth of wild rice, which is a major food source for the people.

I gave pastoral and financial support to water-protectors at Standing Rock.  I continued to give support to some who built a wigwam camp just up the road from our house after the camp in Standing Rock was closed.

I was horrified and angered when state and federal forces were unleashed on peaceful protesters who were hosed (in sub-zero weather), shot at, and gassed. 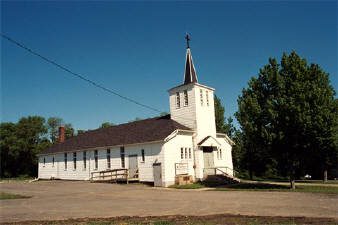 Feelings about Line 3 are divided on the White Earth Reservation (which is an open reservation, meaning that there are non-Native residents and land-owners in the community), along lines you might suspect.  There is some division, too, within the native community.  Enbridge recruited and signed a contract with the largest Native-owned construction firm on the reservation to construct a portion of the line.  The owner is a member of my church in Naytahwaush.  His wife recently died from complications of Covid-19.  I prepared and celebrated her funeral.

I know Winona LaDuke.  She heads an organization called Honor the Earth (see www.honortheearth.org), writes frequently for the Fargo Forum and the reservation monthly newspaper, Anishinaabeg Today.  She ran for tribal chair.  She did not win, but placed high.

I stand with White Earth Nation in protecting our water and natural environment and promoting green energy and oppose Line 3.”

Some ask why an order of Missionary Priests and brothers would involve themselves in a matter like the Line 3 Pipeline which they see as a strictly economic or political issue. Fr. Séamus answers that, “… these issues have a profound impact on people’s lives and often fail to respect their sacred religious sites, land rights and cultures.”

“The Oblate Constitution and Rule call Oblates in their ministries to be advocates for change of unjust structures in society and to accompany the marginalized who are frequently victims of such unjust structures. The final document from the Synod on the Amazon states that “For the Church, the defence of life, community, land, and indigenous people’s rights is an evangelical principle, in defence of human dignity” (Jn 10:10) (Interestingly defence is spelled this way twice in the document).”