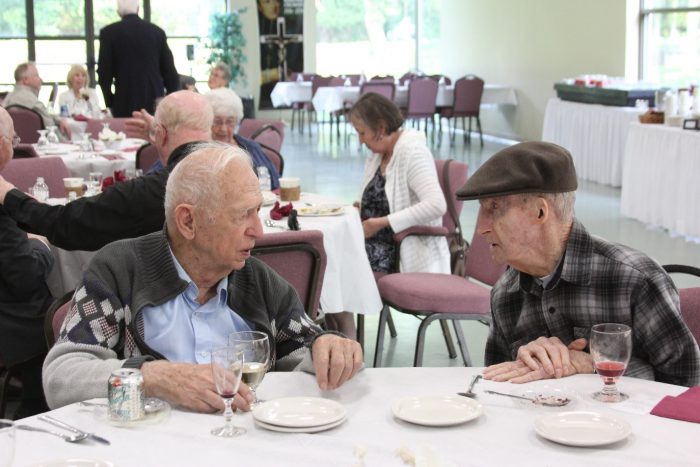 Father Frank Demers, OMI is smart – very smart.  He is a canon lawyer who has presided over court cases around the world.  He is a former retreat master who traveled to many countries to teach people a deeper understanding of Missionary Oblate spirituality.

But Fr. Frank doesn’t have to be real smart when asked to summarize his faith.  In fact, he can do it in just three words – God is good.

Recently Fr. Frank celebrated 70 years of Oblate vows.  God has truly been good to him during that time, and in return, he has helped others experience the Good News in their lives.

Father Frank felt a calling to the priesthood when he was in high school.  He went to a retreat that was led by two Missionary Oblates and it was at that time he decided he wanted to join the Oblate congregation.

Father Frank was ordained in 1955 and then spent three years earning a doctorate in Canon Law, becoming one of only a handful of canon lawyers in the United States to have such an advanced degree.  He handled cases for dioceses across the country, and also taught at several of the top theology schools in the United States and Canada. 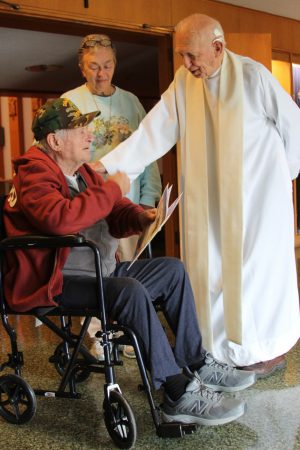 For Fr. Frank, canon law was not something to be confined just to people in the legal community or the world of academia.  It was also a way to help disadvantaged people, and he found them on the other side of the world.

“For three months out of the year I would go to Tahiti and preside at a type of marriage court,” said Fr. Frank.  “I went there every year for 20 years and presided over more than 600 annulments.”

When physical limitations prevented Fr. Frank from traveling to Tahiti, he would be sent cases to review through the mail or Internet.  Since he retired from reviewing cases last year, there hasn’t been a single successful annulment in Tahiti.

Father Frank’s knowledge of church law made him a regular at General Chapters in Rome where Missionary Oblates from around the world would gather to select leadership and plan a course for the future.  Father Frank impressed Oblates so much at the General Chapters that they started asking him to come to their countries and give retreats on Oblate spirituality.

Beginning in the 1980s, Fr. Frank led more than 60 retreats for Oblates all over the world.  His passport was so filled with stamps and visas that he had to have pages added.

Today, at age 91, Fr. Frank lives at the Oblate Residence in Tewksbury, Massachusetts for elder and infirmed Oblates.  Occasionally people will come by the home or contact him for advice, which he gladly offers.

Every morning, Fr. Frank attends Mass at the residence’s chapel.  After Mass he spends time talking with visitors and neighbors who come to the liturgy.  Unfortunately,  due to the COVID pandemic, no outsiders come to the daily Masses at this time.  According to Fr. John Hanley, OMI, Residence Superior, “When they did, Father Demers was the “city greeter.” And when they left, he always reminded them – God is good. 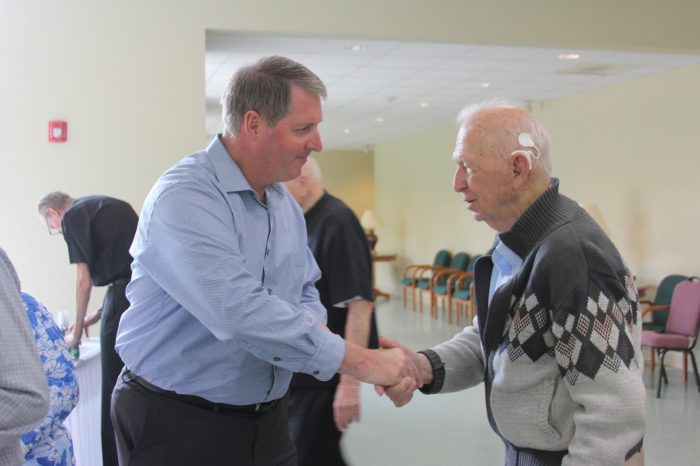