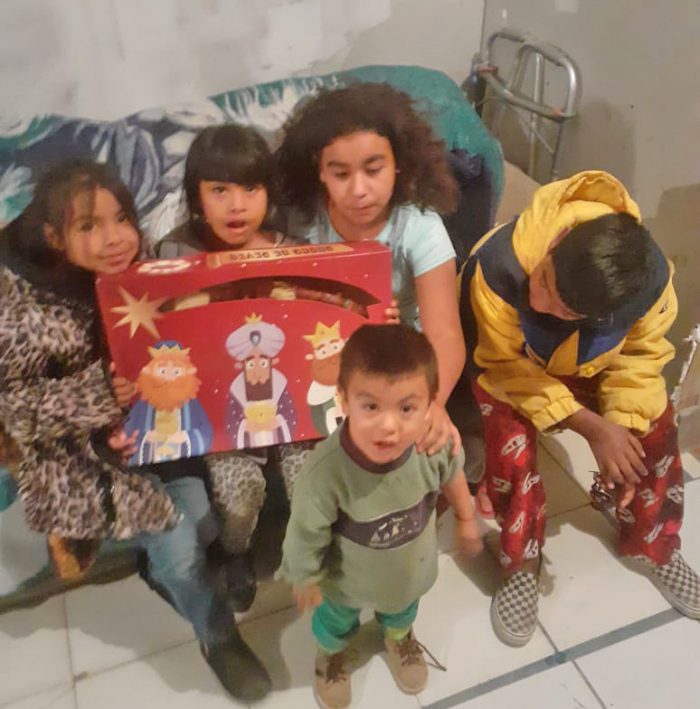 We visited Casa de Hermano Pablo, which is a 2-hour trip from our parish, in order to facilitate an operation for one of the seniors we had met previously.  This center has helped us by taking in seniors from our parish that had no other place to go free of charge.  We have tried to help the center in return with food, medical supplies, cleaning, and now a medical procedure.

Abiud Castro is a 60-something year-old man who has had one leg amputated.  Now the foot on the other leg has turned black and probably has gangrene.  Such a procedure is usually beyond our means, but one of our medical students has a friend who is a medical student who knows a doctor who has offered his services free of charge.  He wanted to help because he had heard about our outreach to the poor using medical students.  Also, we received some recent donations from the US that helped with other expenses, such as the pre-op tests and procedures, travel, and medication.

Abiud’s health put him at risk for the operation and he lacked documentation, so we were required to find a relative that could sign for him.  We found a sister, who tearfully offered to put her brother up for the night proceeding the operation, apologizing for not realizing the state of his condition.

We got the authorization, and the operation went well.  He spent another night with his sister, where he also reconnected with his mother.  We returned him to the senior center the next day.

The two medical students were invited to assist with the operation.  They jumped at the chance, suited up, and were permitted to participate at a very hands-on level.  It was a great learning opportunity for them.

In addition to not charging for the procedure, the doctor offered to help on future cases.  It is humbling to see one blessing roll into another so often.  But perhaps the best part of this whole procedure was the reconciliation among Abiud, his sister, and his mother. 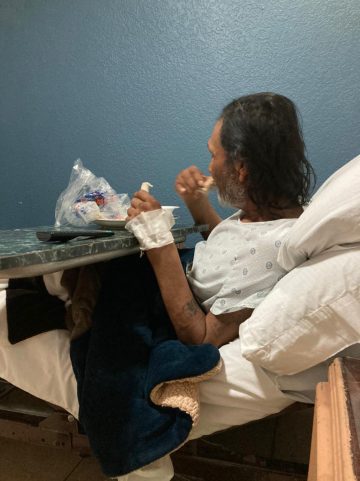 Before Christmas, one of our social ministers called us to visit a 36-year-old woman by the name of Marisol, with terminal cancer and apparently not long to live.  The first thing she asked for was that her 5 children, ranging in ages from 4 to 12, be baptized.  Fr. Marek Stroba, OMI came and heard her confession.  Later Fr. Eleazar Manuel-Lopez, OMI performed the sacrament of healing.  Sister Itzel was brought in to arrange for catechesis.  We have been helping with food and medicines.  Isabel and Karla, two of our medical students, applied an IV to allow her to receive injections for nausea.

On January 6, Mexico celebrated the visit of the Magi and we eat a traditional special bread called “rosca de reyes”.  Through a donor, we arranged to visit 10 families bringing them this bread and Marisol’s family was one of them.  We told the story of the Magi bringing gifts to baby Jesus.  They were enthralled with the story.  Unfortunately, it was a sickly day for Marisol and she could not participate. So while she was suffering on one side of the room, we were celebrating with the kids on the other.

We know we do not have long, but anything we can do to help her proceed in a dignified way and to assist with the baptism of the children, we are committed to do. 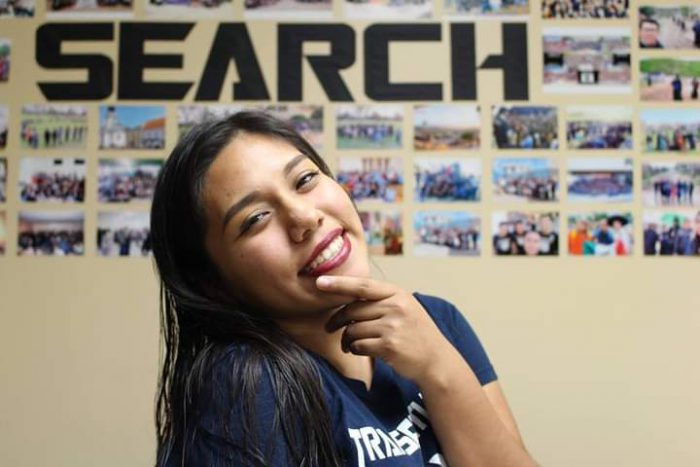 Our featured student is Aide Perez Campos whose scholarship comes courtesy of Armando and Remy Casasola.  She says that in school she used to be teased about her weight but found that her smile not only helped her rebuff the taunts, but also made other people feel good.  Accordingly, she decided to study to become a dentist.  Aide also helps administer our scholarship program.  Her dream is to open her own office, provide worry-free services, and maybe even start a foundation to help low-income people.