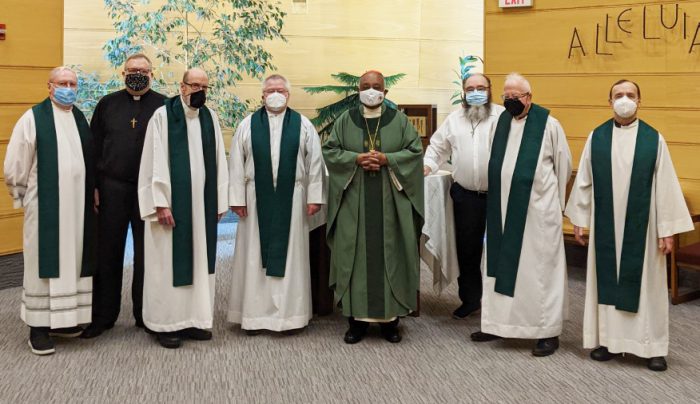 The Oblate Community in Washington DC was honored to receive Cardinal Wilton Gregory, Archbishop of Washington, to preside and preach at Sunday Mass January 31, for our community.

In his homily he spoke about his close connection to the Oblates, beginning to when he was Auxiliary Bishop in Chicago and Oblates Pablo Wilhelm and Paco Wertin were ministering to the Hispanic population on the south side of Chicago.

He also recalled his days in Belleville as Bishop and often visiting the Shrine, especially being outside at the amphitheatre for the annual novena and how hot it was those summer days. His experience of Oblates, he said, is that we go where others are often unwilling, some rather remote areas of the world, such as the Arctic, Alaska. 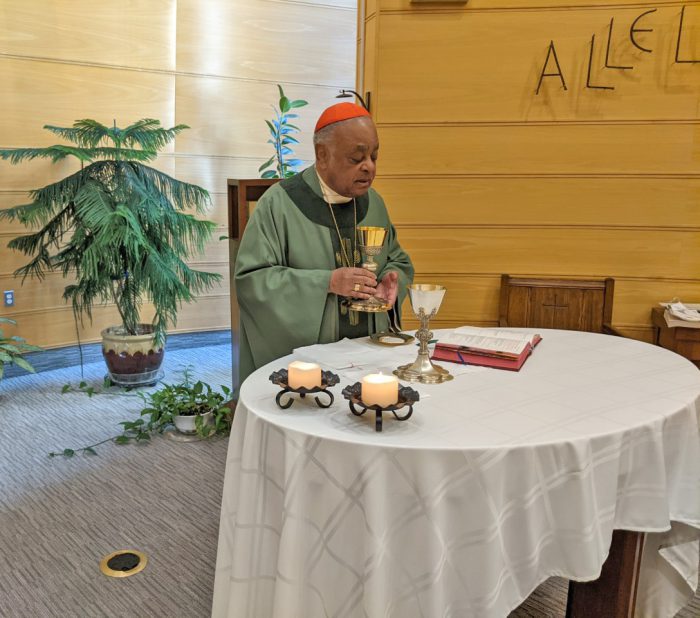 Cardinal Gregory Celebrates the Eucharist at the Oblate Provincial House in Washington, DC

He recalled a few Oblates who had a profound effect in his life: Terry Donovan and Urban Figge, most especially.

I was able to tell a brief story about Cardinal Gregory when he was Bishop in Belleville: A few times I saw him, in blue jeans and sweat shirt, going into Christ the King Chapel, at the Shrine, to pray. That is a memory that has always stayed with me.

I was able to introduce each of the Oblates present at Mass and tell him a bit about their ministry. Despite a snowy morning and slick roads, he kept to his commitment to celebrate Mass for our community.

As he got out of his car upon arrival, he said to me, “Bet you didn’t think I would get here with this weather. I’d never live it down if I didn’t make it, being from Chicago!”