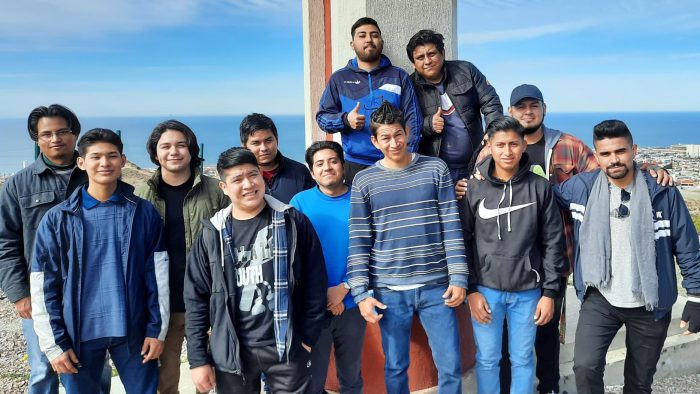 On the last weekend of January, 7 select Oblate Affiliates and 5 Pre-novices came together at the Manresa Retreat Center in Playas de Tijuana for the annual “Discernment Retreat”. Beginning on Friday evening, they were all invited to enter into a full day of silence and solitude on Saturday in order to pray over some key Scriptural texts as they reflected on what they were hearing in their hearts as regards their lives and their future, including the possibility of a call to the Missionary Oblates.

The Pre-novices who attended were invited to discern their continuing commitment to the formation program. At the end of the day on Saturday, several Oblates were available to offer individual spiritual direction. The young men enjoyed the opportunity to shut down their phones and spend the day alone and in silence. The final sharing on Sunday morning was edifying.

The general objective of the Discernment Retreat was a growth in hearing and responding to God’s call, whether that is, in some cases, to live better a relationship with a girlfriend, or perhaps to take a step toward entering the Oblate Pre-novitiate program or to recommit to their participation in the actual Pre-novitiate program. One young man came from the Los Angeles area, and the other 11 were from Tijuana. Frs. Jesse Esqueda, Lucio Castillo, Eleazar Manuel-Lopez and Bill Antone all participated in the retreat weekend.