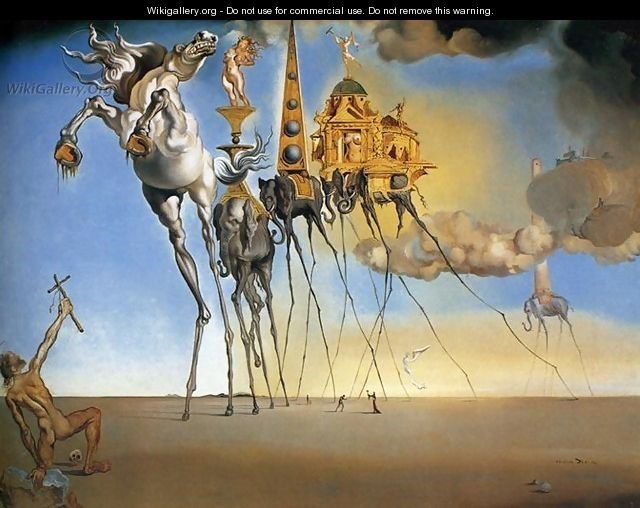 There is a long history in how dreams, like elaborate plays performed on the stage of our minds during sleeping hours, provide insight for human and spiritual growth. Ancient Roman and Greek cultures, most world religions, and native peoples understood how spiritual forces illuminate our days with revelations from the night. Christianity is no exception. There are numerous accounts of dreams and visions as a form of communication from God in the Bible and the Christian tradition.

Mammals, birds, and humans sleep and dream. We can affirm this by looking at the patterns containing Rapid Eye Movement (REM) cycles during sleep. Some scientists even think simpler life forms might dream by measuring the subtle differences in their organisms’ electrical current during their various cycles. We all dream about 4 to 6 times a night in both NREM and REM cycles, whether we remember them or not. Dreams in the REM state are more vivid, containing more prolonged, more developed, and more vivid colors and narratives. The last two hours of an 8-hour cycle comprises the longest uninterrupted dreaming time of NREM and REM cycles of the entire night.

Neurologically, dreams help us process information, distill or neutralize primitive and painful emotions, and reorganize them into an autobiographical unit. Dreams also assist in developing long-term memory consolidation and reconsolidation. Therefore, sleep deprivation, voluntary or involuntary (as in torture to extract information or through political brainwashing), is exceedingly damaging to our psyche, our sense of self, and our general well-being. Humans need to dream like they need to breathe, eat and sleep to refresh and rejuvenate their brains and bodies.

Historians, anthropologists, and specialists of religious studies report how different cultures and native people use dreams to enlighten their lives and souls. The famous saying that an unexplored dream is like an unopened letter comes from the Hebrew rabbinical literature in the Talmudic Book of Dreams, the most extended and most comprehensive dream theory treatment in the written collections of Hebrew oral tradition. They also viewed the worst nightmare as potentially beneficial if explored by extracting a positive religious lesson or meaning.

The Prophet Muhammad, who interpreted his followers’ dreams, assured them they would find divine gifts and prophecy in their dream visions after his death. There is both a classical and a contemporary dream interpretation described in various Islamic dream manuals. In those instructions, the belief is that the unconscious offers essential prophetic and ethical guidance.

The Xavante people of Brazil present a sticking illustration of the centrality of dreams in native culture. Lucid dreams shared by an elder provide new ritual instructions, and new songs are revealed and taught to other elders. Later through ritual enactment with costumed dancers and singers, these mythopoetic dramas’ reenactments are introduced as new creative material becoming part of the tradition.

A friend shared recently that the Cree people in Northern Canada have certain words to express how ancestors enter dreams; é-miyikowisiwin means a gift bestowed from a higher power and another term, mamāhtāwisiwin, relates to a spiritual gift as well. He had been visited in a dream by a close friend who embraced him the very night he received news of his death. The resulting sense of peace and consolation was a blessing to him. The true gift is in having the ability to discern what has been there all along.

Dreams are thin places where the invisible and visible merge if we dare to take time to explore their meaning. Many people, Christians sometimes even more so, find it frightening to do so. Yet, we pledge to take the invisible world seriously, so seriously, we are willing to die for it! As John A. Sanford asserts in his book Dreams: God’s Forgotten Language, in the Nicaean Creed, we affirm our belief “in God, the Father Almighty, Maker of Heaven and Earth, and all things visible and invisible.” In the sacraments, we affirm our belief in an “inward and spiritual grace” of which the externals are the “inward and visible signs.” Almost every page of the Bible deals with an invisible, spiritual dimension, for example, the Kingdom of God.

We find many dreams and Jewish dream interpreters in the Old Testament. Jacob, Solomon, Abraham, Ezekiel listened and responded to their dreams. The latest book of the Old Testament, dating from the first half of the 2nd Century B.C., contains the most complete treatment of dreams in the Bible. The author offers a message to his people struggling against the oppressor Antiochus Epiphanes. It narrates Daniel’s story, a young Jewish man exiled in Babylonia, highly regarded for his skill, learning, and wisdom and well versed in the interpretation of dreams.

The infancy narratives of Jesus contain many allusions to dreams and visions. Matthew’s first two chapters include no less than five dreams that propel action and reveal God’s assistance to his people. After visiting the child Jesus, a warning comes to the wise men through a dream not to return to Herod (Matt 2:12). I remember reading Pope Francis’ particular devotion to the sleeping Saint Joseph, a man who confidently rested in God and who acted on his dreams to protect his family, knowing how God faithfully guided him. Peter, directed by a dream vision in the book of Acts 10:11, is told that all animals are clean, thereby undergoing a radical change in his identity as a member of the people of God.

The first chapters of the book, Dreams and Spiritual Growth by Louis M. Savary and al. speaks of how significant dreams were in the early Church and how they fell into disfavor in the Latin world after Jerome’s mistranslation of a specific term from the Hebrew and Greek texts. Cyprian, one of the Latin Church founders, asserted that God guided councils through dreams and visions. For John Chrysostom dreams are enough for God to send to those attuned to him. Thus, there is no need for other extraordinary revelations or visions.

Tertullian believed dreams to be one of God’s charismata, whereupon dreams visions were promised to people of his time as much as to the apostles. Constantine received an important dream-vision before his battle for Rome. It opened a new era of Western civilization since his subsequent baptism meant that the Empire became officially Christian. Synesius of Syrene affirmed that “dreams more than any other thing, entice to hope” “and when our heart spontaneously presents hope to us, as happens in our sleeping state, then we have in the promise of our dreams a pledge from the divinity.” (quoted from Savary and al., Dreams and Spiritual Growth, 1984)

To this day, the Greek Churches have preserved a more discerning view of dreams, whereas Latin cultures are still suspicious of dreams as an entry door into spiritual and religious growth. This mistrust is understandable when hearing or reading overly rigid or magical interpretations of dreams from specialists or counterfeits that do not espouse a grounded view of dream appreciation. We know God spoke to his people through dreams. Dreams are even crucial to our sanity, whether we remember them or not. Why not consider them as a locus for listening to how God communicates to us when we sleep as he did with our ancestors in the faith? We will attempt to offer some valuable distinctions and practices, the most important being distinguishing dream appreciation from dream interpretation, in part II of this series on dreams. 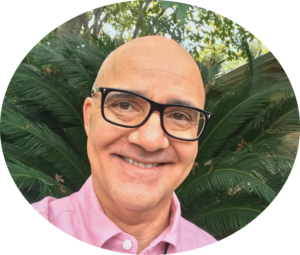 Fr. Daniel Renaud, OMI is a priest, religious and itinerant preacher with the Oblates of Mary Immaculate of the US province. Fr. Renaud ministers from the campus of the Oblate School of Theology (OST) in San Antonio, Texas. Fr. Renaud has degrees and training in drama education, theology, pastoral ministry, and psychodrama. He is a Certified Spiritual Director from Creighton University and a Spiritual Directors International member, and in current training for certification in dreamwork with The Haden Institute in North Carolina. Fr. Renaud has preached retreats to priests, deacons, religious and laypeople in Canada, the US, and Asia on various topics such as desire and spiritual intimacy, 12 steps recovery, Ignatian spirituality & Jungian psychology, a spirituality of priesthood, and ecological conversion. Fr. Renaud is adjunct faculty at OST and is a regular blog contributor. His areas of interest are resilience and trauma recovery, dreamwork and spiritual growth, and contemplative practices and mysticism. For more details see www.linktr.ee/drenaud2020