In January, Catholics from around the world celebrated the 150th Anniversary of a miraculous apparition of Our Lady in a small French village.  For the Missionary Oblates, the celebration was a family affair.

The apparition of Our Lady of Pontmain (also known as Our Lady of Hope) took place in the village of Pontmain, France.  At the time, France and Prussia were at war and many of the young men from Pontmain were involved in area battles.  The Prussian army was very close to Pontmain and the villagers prayed every day for the safe return of their sons. 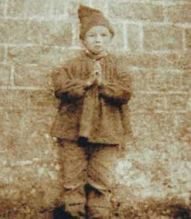 On January 17, 1871, Eugene Barbedette, age 12, and his brother Joseph, age 10, were feeding cattle on their family farm.  They were also praying the rosary, asking for the safe return of their brother, Auguste, who was fighting in the war.  As the boys stepped out of the family’s barn, they looked up and saw a vision of the Blessed Mother in the evening sky.

Our Lady appeared to the children for three hours and gave them a message of prayer and hope.  She told them, “Pray my children, God will hear you in a little while.”

Just a few days later, the Prussian army began to retreat from the area.  In less than ten days a peace agreement had been signed.  The villagers considered the sudden end to the conflict a miracle.  The local bishop questioned the four children, recognized the authenticity of the apparition and approved devotion to Our Lady of Pontmain. 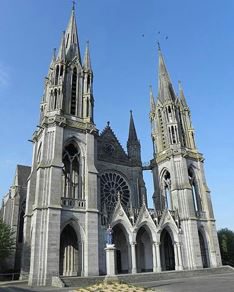 The Oblate connection to Our Lady of Pontmain includes the youngest visionary, Joseph.  The youngster had always been fascinated by the Catholic faith.  At a very young age he told his parents he wanted to be a missionary.

Joseph would later decided to join the Missionary Oblates, a newly-created order of priests and brothers focused on ministering to the poor in the French countryside.  Joseph was ordained an Oblate priest in 1884 and ministered in parishes for 46 years.  He was known as the “Priest of Mercy.”

Shortly after the apparition was recognized, several Catholic congregations asked the local bishop if they could minister to pilgrims who began visiting the site.  Bishop Casimir Wicart decided to choose the little-known Missionary Oblates because he said the Oblates focused on ministering to “the humble people who come to Mary with their ultimate hope in her.” 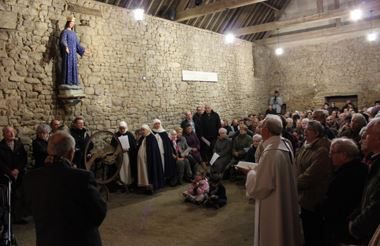 The Oblates arrived in Pontmain in 1872.  They organized pilgrimages, built a temporary chapel and then the basilica with a capacity of 1,500 worshipers.  Today the Oblates have a retreat center next to the shrine where several Oblate chaplains help to take care of the needs of about 300,000 pilgrims every year.