We follow a Master who became poor for our sake. “If you wish to be perfect,” he said, “go and sell what you own and give the money to the poor… Then come, follow me” (Mt 19:21). In answer to his call, we choose evangelical poverty.

This Saturday evening marked a very important step in the life of the Post-Novitiate of St. Eugene de Mazenod in Sao Paulo, Brazil. We started the so called “Fr. Lorenzo OMI Social Action”, which has as its goal, bringing food to the homeless, once a month, in an evening. 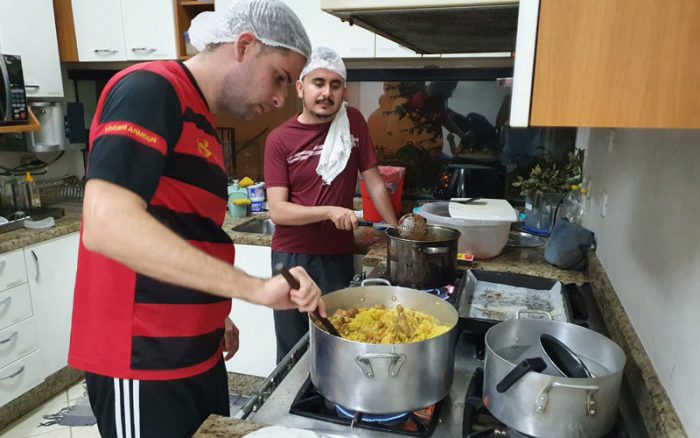 The name of the chosen Oblate, the North American Father Lorenzo, was due to his dedicated missionary work developed by him with the impoverished of the city of Recife – PE, at the time he lived in Brazil. Father Lorenzo lived in the street with the poor, he had meals with them, in practice he was one with them, living already at that time what today Pope Francis calls ‘the outgoing Church’.

With this action that will be done monthly by all the Post-Novices, we intend to live in practice what the above-mentioned Constitution 19 teaches us, where we obey the mandate of Jesus and the dream of our Holy Founder.

May St. Eugene bless us and continue to enlighten us so that, by seeing Jesus in the face of every poor person we meet on the streets, we may allow ourselves to be evangelized by them. 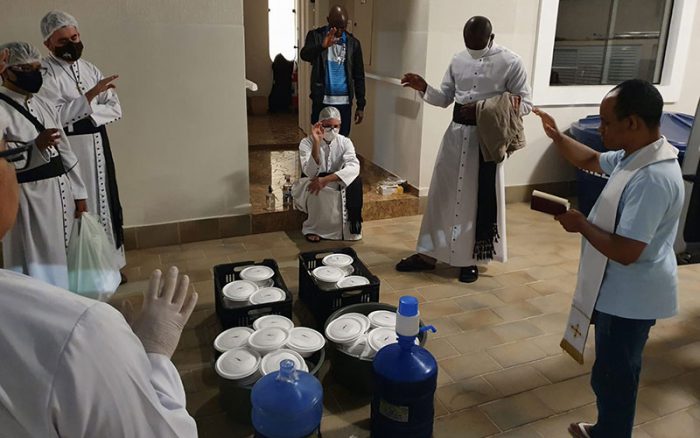 (Editor’s Note: The “Father Lorenzo” mentioned in the article refers to Fr. Larry Rosebaugh, OMI, a U.S. Oblate who spent many years living on the streets with the poor in Central and South America. He was killed during a robbery attempt in Guatemala in 2009.)