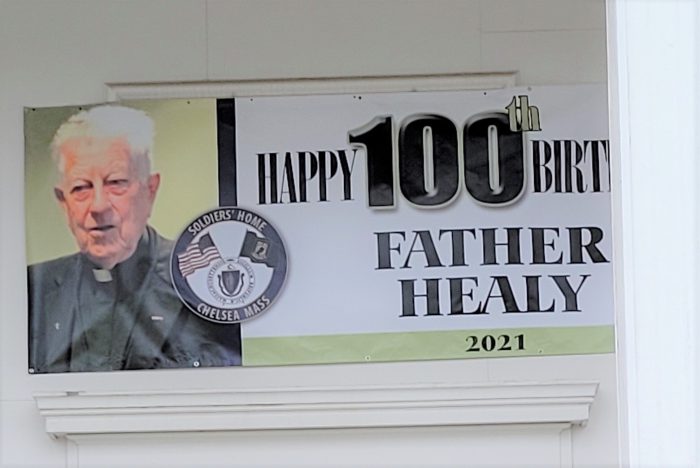 The banner over the door welcomed everyone to the 10 O’clock Mass at St. Michael’s Chapel at the Soldier’s Home in Chelsea, MA

On May 30th 2021, friends and family gathered for Mass at St. Michael’s Chapel at the Soldiers’ Home in Chelsea, MA and also to witness a once-in-a-century event, the 100th birthday celebration of Fr. Patrick Healy, OMI.  If that weren’t enough, the anniversary of Fr. Patrick’s birth comes just one day before the 74th anniversary of his ordination to the priesthood so this was an extra-special occasion.

Fr. Patrick Healy, OMI was born on June 1, 1921 and was the second youngest of eight children born to Patrick and Catherine Healy, Irish immigrants who raised their family in Charlestown, MA. 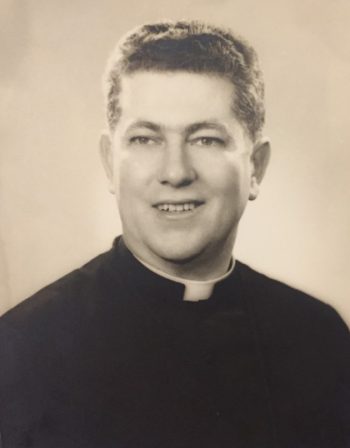 Fr. Healy at the time of his ordination in 1947

Called to serve God, he entered Oblate formation and was still in the seminary during World War II when he felt another call, a call to serve his country. He considered taking a leave to join the military, but was encouraged by his formators to wait for ordination, then become a military chaplain. By the time he was ordained on June 2, 1947, the war had ended, so Fr. Healy pursued his priestly vocation in different assignments, including seven years as a missionary in Japan. 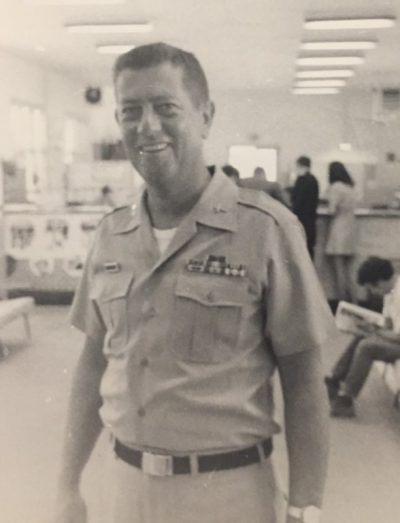 Chaplain Healy in the US Army

Upon returning to the U.S. in the mid-1960s, Fr. Healy miraculously survived a mid-air collision between the airplane he was traveling on and another airliner in the skies over New York State. After recovering from injuries sustained in the crash, Fr. Healy decided to pursue his long-delayed dream of becoming a military chaplain and he joined the U.S. Army. (To read a Wikipedia article about the 1965 crash, click here)

Jim McLaughlin of Derry, NH, a nephew of Fr. Healy said, “Serving his country is something he always wanted to do.” Mr. McLaughlin went on to say that when he thinks of his uncle, three things come to mind: “God, country and family.” Fr. Healy spent 23 years as a U.S. Army Chaplain which included two tours of duty in Vietnam. 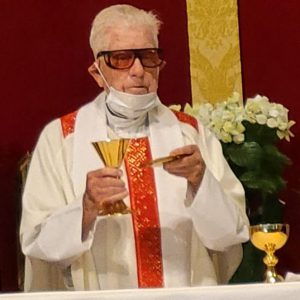 Fr. Healy at Mass on Sunday

Some years after retiring from the Army it was time for Fr. Healy to retire from active ministry as well. Nevertheless, in 2003 when he heard that the Soldier’s Home in Chelsea, MA was in need of a temporary chaplain he naturally stepped forward, and now some 20 years later, he’s still doing his “temporary” duty. That’s exactly where he was on Sunday morning, Celebrating the 10 AM Mass at St. Michael’s Chapel at the Soldier’s Home. And by the way, just in case anyone had any misconceptions about Sunday’s Mass, according to Mr. McLaughlin, “Fr Pat insisted that the focus of the Mass and day was Memorial Day and to honor and pray for those that died serving their country. The fact that one of the staff had a milestone birthday was only coincidental. Fr. Pat wanted nothing to detract from the honor due those to be remembered on Memorial Day.”

After Mass all bets were off. The celebration of Fr. Patrick’s 100 years of life, and 74 years as an ordained Oblate Priest was joyous: there were friends and family, a cake and the reading of numerous letters of recognition overseen by Master of Ceremonies, former state representative Gene O’Flaherty.

Priest, missionary, Army Chaplain, author of two books, “Vietnam Vignettes” and “Finger of God,” Fr. Healy has led a remarkable life, well lived. A servant of his country, his fellow human beings, and his God. 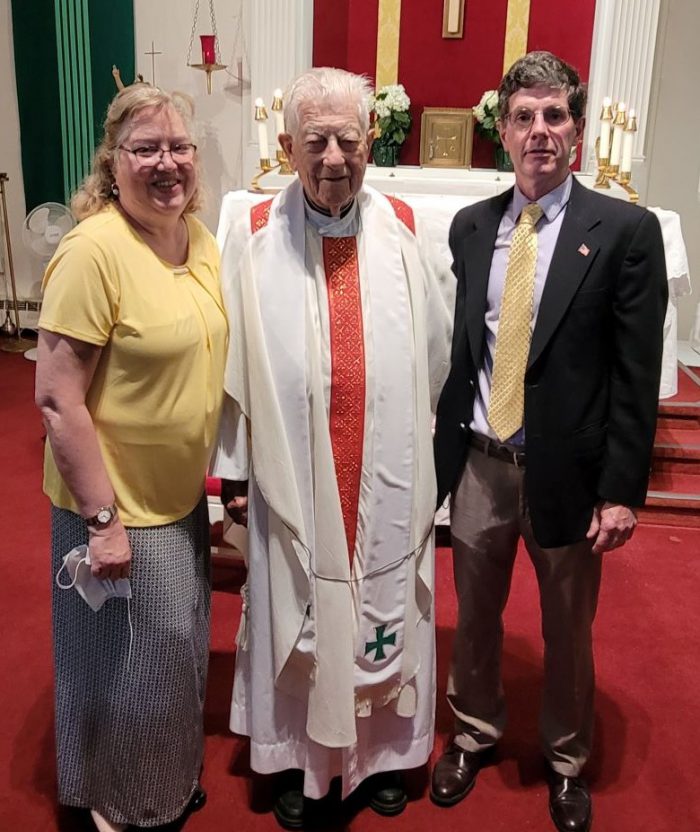 Fr. Healy with his extended family

The inscription on the cake says it all!