With Memorial Day just behind us, it is fitting to remember the many Oblates who served in the Armed Forces, one such person was Fr. Armand (Spike) Morissette (1910-1991).  Br. Richard Coté, O.M.I., Lowell Historian shared with us the following. 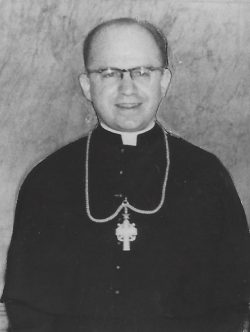 Fr. Morissette performed his ministry to the military, and other French citizens, with such zeal and dedication that, for all practical purposes, he became almost the non-official French ambassador to the region.

In November 1944, after the departure of Le Triomphant, General de Gaulle’s government, in conjunction with the religious authorities, named Fr. Morissette chaplain of the French Navy in the United States, with the rank of captain.  (pictured) He was the only American citizen to the part of the French Navy.  Consequently, in 1945, the French government honored him with the Médaille Militaire (pictured), and in 1949, made him a Chevalier de la Légion 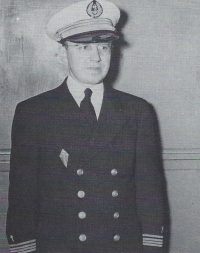 d’Honneur.  He was the third Oblate of the then St. Jean Baptiste Province to receive such an honor.  Fr. Léon Loranger OMI had been made a Chevalier in 1947 and former Provincial Fr. Louis Bachand in 1934.

(Material for this article was taken from “St. Jean Baptiste Parish and the Franco-Americans of Lowell, Massachusetts” by Richard Santerre, Ph.D.)