Congratulations to two new U.S. citizens who are members of our province. On July 21, 2021, Fr. Pauldass Selvaraj took the oath of citizenship in St. Louis, MO. On July 26, Fr. Antonio Ponce took the same oath in San Antonio, TX. 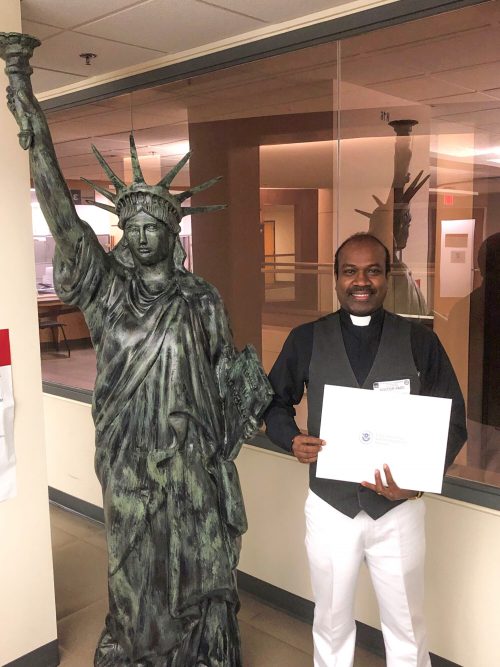 Fr. Pauldass Selvaraj and Lady Liberty after the Citizenship ceremony

Fr. Pauldass is the recently appointed administrator of Most Precious Blood Parish in Chula Vista, CA, while Fr. Antonio is the superior of the Blessed Mario Borzaga Formation Community in San Antonio and a member of the U.S. Provincial Council.

In the USA bicentennial year 1976, Fr. Pauldass was born in the State of Tamil Nadu in India. Ordained to the priesthood in 2004, he began his ministry as Vocation Director in India. After serving as a pastor in his home country, he came to the USA in 2011 where he made “missionary appeals” for his home province during the summers and worked in parishes in Miramar, FL, and Eagle Pass, TX. In 2019, he moved to Belleville to serve as vocation director until his recent new assignment in California. 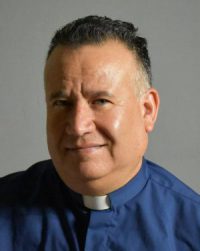 A native of Mexico, Fr. Antonio was born 1973, in the state of Jalisco. He joined Oblate formation in Tijuana and was ordained to the priesthood on July4, 2009. Following his ordination, he was assigned to the Oblate school, Colegio Vista Hermosa, in Mexico City. In 2010, he was named associate pastor Santa Rosa Church in San Fernando. He also served as Director of the JPIC Office in DC in 2014. In preparation for his role as a formator, he took part in the Institute of Religious Formation at Catholic Theological Union in Chicago in 2018. He has been a member of the provincial council since 2017. (JFA) 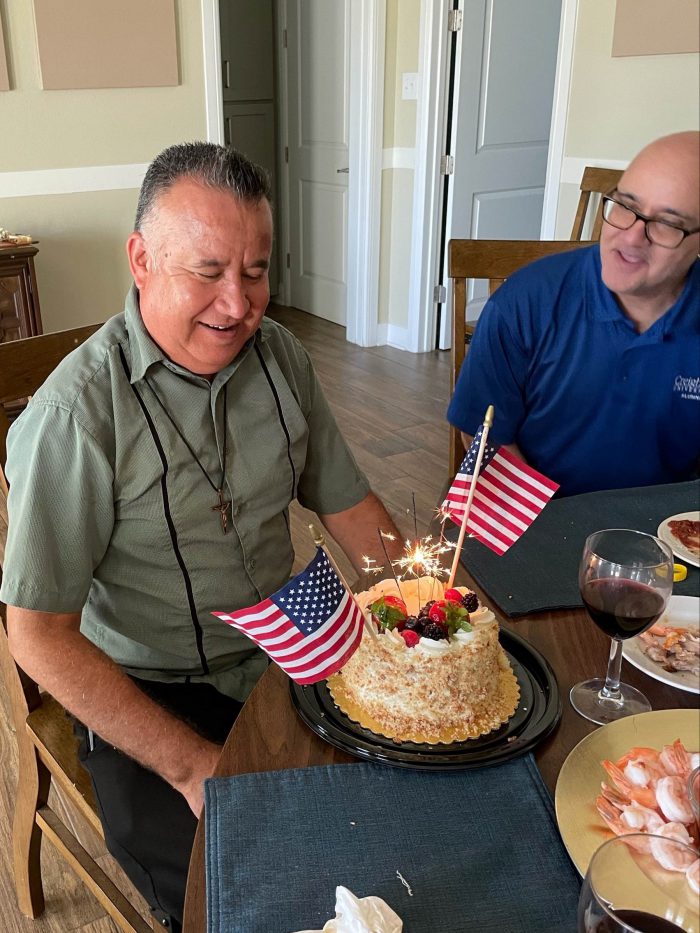 Fr. Ponce (L) celebrates with a patriotic cake. Fr. Daniel Renaud is celebrating with him.